Salman Rushdie and "The Satanic Verses"
The Complicated Craft of Enlightenment

It has been twenty years since Ayatollah Khomeini issued the fatwa on Salman Rushdie. The Anglo-Indian author of The Satanic Verses still takes a critical stance on religion, yet he is also a vocal protester against discrimination of Muslims. By Lewis Gropp 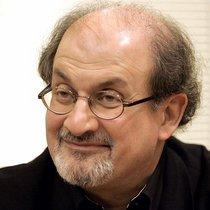 Even since the fatwa, Salman Rushdie has frequently defended the right to criticise religious dogma

​​ When Ayatollah Ruhollah Khomeini issued his fatwa on Salman Rushdie on 14 February 1989, he set the ball rolling for a series of events in Britain that stole the thunder even from the Iranian death sentence. Suddenly, immigrants from the Indian subcontinent, who Rushdie had championed through his literary and social activities, began burning his books on the streets of London and Birmingham, uttering furious cries for his death. Yet the woman who Rushdie had criticised most harshly over the years in his articles and essays held a sheltering hand over him.

Born in Bombay, Rushdie had held a British passport since 1964, and it was Prime Minister Margaret Thatcher who declared that the British state would not tolerate violent attacks on its citizens. It is almost impossible to imagine today how fervently left-wing artists and intellectuals despised the "Iron Lady" at the time. But in this test case, she defended the principles of freedom of art and speech. For Rushdie, who had seen himself as an intellectual from the critical left up to that point, as an antagonist of the state and government, the fatwa thus robbed him not only of his life in liberty but also of his political home.

"A kind of Islamist Valentine's greeting"

Accompanied by the sneers of his former fellow travellers and under the protection of his old adversary, embodied by the British secret service, Rushdie went underground for ten years. He slept in windowless apartments and changed his accommodation several times a week. Often enough he woke up not knowing which city he was in.

​​ Rushdie now lives in New York. He may not be able to do away with his security men altogether, but the threats he receives regularly on the anniversary of the fatwa are now no more than "a kind of Islamist Valentine's greeting", as he puts it. Back then though, twenty years ago, Rushdie's fourth novel prompted a global crisis, providing a dramatic demonstration of the power of literature. Hundreds were killed during violent protests, and several bookshops that stocked the novel were the target of bomb attacks.

The book's Japanese translator was murdered under the fatwa, the Italian language translator was seriously injured in a stabbing, the publisher in Norway barely survived an attempted assassination, as did the Turkish translator of the book. The tragic events overshadowed the fact that The Satanic Verses is one of the great novels of the 20th century. The novel had already won the Whitbread Award for Best Novel of the Year and was a finalist for the prestigious Booker Prize. But any further literary honours would have presented a huge threat for all those involved: one reason why the literary significance of this complex work of literature has been consigned to oblivion – wrongly so. 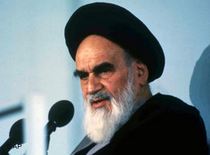 Rushdie had read Khomeini's treatise on "The Nature of Water", interpreting its idea of "purity" as a counter-concept to his own ideal of an open, pluralist society

​​There is a persistent rumour that Khomeini did not issue the fatwa for purely religious or power-political reasons, but may also have been motivated by personal revenge. The novel's less than flattering portrait of an imam exiled in the West was, after all, unmistakeably dedicated to the Iranian revolutionary leader. Rushdie had read Khomeini's treatise on "The Nature of Water", locating its idea of "purity" as a counter-concept to his own ideal of an open, pluralist society. Instead of then painting a grotesquely exaggerated portrait of a religious fanatic, however, Rushdie decided to unmask the merciless brutality of Khomeini's worldview with a psychologically sober portrayal – more credible and lasting than any caricature could ever have been.

The bone of contention over the novel was in fact the negative portrayal of the Prophet and his followers. Yet Rushdie's intention with The Satanic Verses was not provocation. What he wanted was to show how closely every claim to religious truth is wedded to earthly aspects with all of humankind's restrictions, and that any absolute claim to truth inevitably leads to atrocities against those who think differently. The novel, owing a clear debt to magical realism and with an overarching narrative set in present-day multicultural London, features repeated dream sequences by the actor Gibreel Farishta, exploring the origins of Islam. Mohammed, called Mahound in the text, is described as a power-seeker who skilfully exploits an allegedly divine prophecy for his own political ends. "How practical it is to be a prophet," writes Rushdie in the novel. 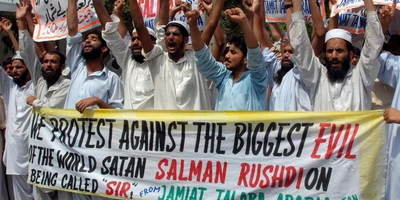 Radical literary criticism: heated protest against Salman Rushdie during a demonstration in Pakistan

In this sense, Rushdie's Satanic Verses are a plea for doubt as a cultural achievement, for scepticism as a means to knowledge and an inoculation against any form of fundamentalism and non-democratically legitimised force. In its essence, Rushdie's novel is a classic work of humanist enlightenment literature – ratio versus myth, reason versus faith. The furore accompanying the book's publication and the storm of protest stirred up by Salman Rushdie's knighthood some two years ago show that a considerable part of the Islamic world is prepared to defend the deeply felt link to its religious traditions through violent means. One reason may be that, as Bernard Lewis once put it, no religion gives its followers as strong a feeling of pride and self-esteem as Islam.

Rushdie at least has not ceased to voice his criticism of religious dogmas, even after the fatwa. Two years ago he was involved in a campaign against the British Racial and Religious Hatred Act – the original bill granted religious feeling such a high standing that it constituted a painful backwards step for critical thought per se, Rushdie explained. At a reading in the Swedish Academy in Stockholm late last year, he said that respect once meant taking consideration and serious attention. Now, he said, respect means agreement, and any dissent from someone's position is regarded as disrespect. Those who adopt this argument, Rushdie added, are attempting to ban the free word.

Against discrimination of Muslims

Unlike many critics of Islam, who reject the faith as a whole in the name of freedom and human rights and would most like to have it banned, Rushdie is not one for sweeping generalisations. Quite the opposite, in fact: many a time, he has warned against equating devout Muslims with radical Islamists. Asked whether the willingness for violence in Islam is rooted in the nature of the religion itself, he explained that the Koran contains no more and no fewer calls for religious violence than the holy scriptures of other religions.

Salman Rushdie is a regular critic of the violence exercised against the Muslim Kashmir region by his native country of India. And when V.S. Naipaul made a public statement claiming that the 11th-century Muslim invasion had destroyed India's culture, Rushdie was one of the first to respond, teaching the Nobel laureate a sharp lesson. The most astounding aspect of the whole Rushdie affair is precisely this: that despite his traumatic experiences, the author of The Satanic Verses has not allowed his intellect to be bowed by base emotions, proudly retaining his independent judgement. And that means Salman Rushdie has remained what he was before the fatwa: a free man.

END_OF_DOCUMENT_TOKEN_TO_BE_REPLACED
Social media
and networks
Subscribe to our
newsletter