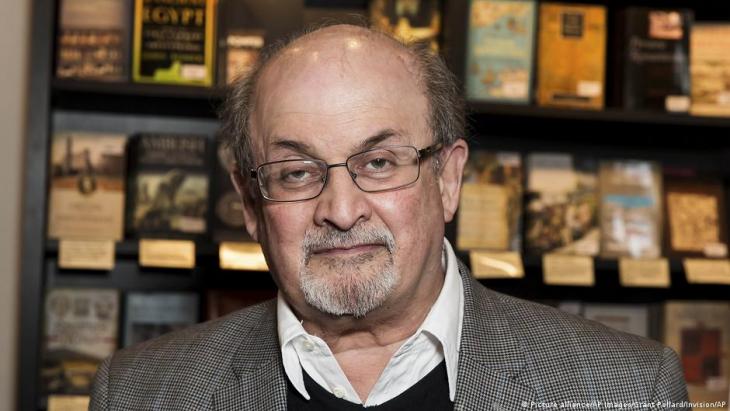 "I am informing all brave Muslims of the world that the author of The Satanic Verses […] along with all the editors and publishers aware of its contents, are condemned to death. I call on all valiant Muslims wherever they may be in the world to kill them without delay […] Whoever is killed in this cause will be a martyr, God willing."

On 14 February 1989, Ayatollah Ruhollah Khomeini, Iran's supreme leader, issued a fatwa – a religious decree – calling for the murder of the writer Salman Rushdie. On 12 August 2022, more than 33 years after this dubious fatwa, the author was attacked and stabbed multiple times at an event in upstate New York. The police arrested suspect Hadi Matar, a 24-year-old U.S. citizen with Lebanese origins, and charged him with attempted murder and assault, to which he pleaded not guilty in a New York court. The world-famous author suffered severe injuries but survived the attack.

Was the suspect aware of the context?

Though it would seem natural to view Khomeini's death sentence as directly responsible for this heinous act, there are other, more important questions: did Hadi Matar, Salman Rushdie's alleged attacker, even know the political context of this fateful fatwa? After all, he was born almost 10 years after the leader of the Iranian revolution died. His apparent admiration for Khomeini provides no answer. 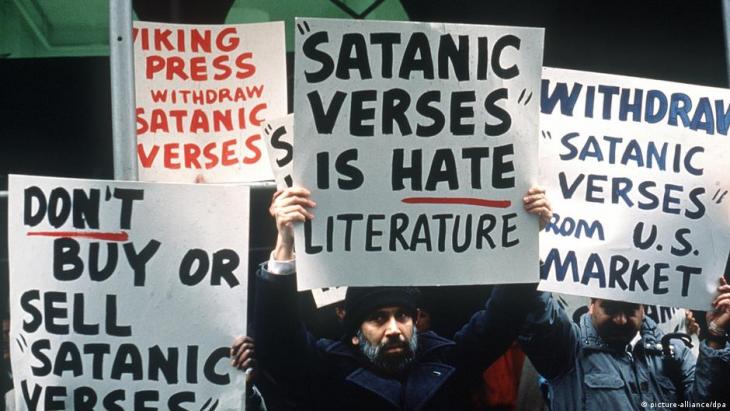 Protests against Salman Rushdie's novel "The Satanic Verses" in New York: "The Iranian revolutionary leader used the anger of the masses against Rushdie's novel, which had supposedly insulted the Prophet Muhammad, to style himself as a defender of Islam," writes Loay Mudhoon. "Particularly outside of Shia Iran." Thirty-three years after Khomeini issued his fatwa, the blatant political instrumentalisation of the Islamic faith is obvious

Nor can we assume that Matar, who grew up in a typical U.S. Muslim family without any affinity for radical Islamism, was in a position to know of the fragile position of the controversial fatwa in Islamic states. But first things first.

Thirty-three years after Khomeini issued his fatwa, it is obvious that it was a clear political instrumentalisation of the Islamic faith. The revolutionary leader used the anger of the masses against Rushdie's novel "The Satanic Verses", which had supposedly insulted the Prophet Muhammad, to style himself as a defender of Islam – particularly outside of Shia Iran.

Leader of all Islam?

Khomeini's political calculation aimed to liberate his Shia "Islamic Revolution" from isolation within the larger Islamic world and to recommend it as a revolutionary model for all Muslims, including Sunnis, with him as the "Islamic Pope"! Furthermore, he wanted to use the pan-Islamic waves of indignation over the "Satanic Verses" for his fight against the United States, which he referred to as the "Great Satan", to concretise his anti-Western interests.

Rushdie's alleged attacker was probably unaware of the theological and intellectual isolation of the man who issued the fatwa. Numerous Islamic states and scholars objected to Khomeini's presumption of speaking in the name of all Muslims. Most Islamic authorities also rejected the fatwa with regard to Sharia law, arguing that there was no basis in the Koran for punishments over blasphemy or insulting the Prophet Muhammad. 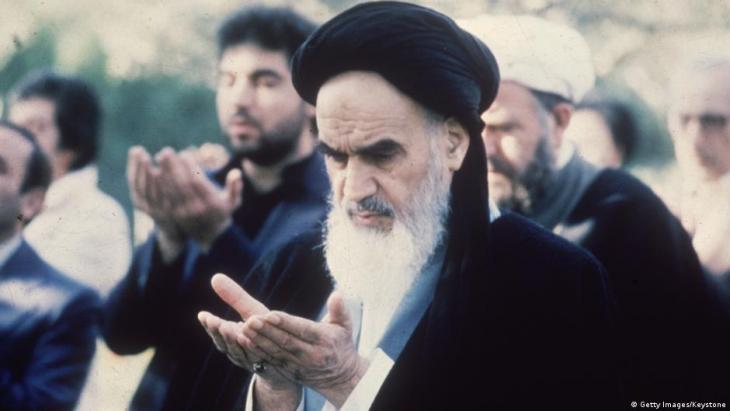 Khomeini's political calculation aimed to liberate his Shia Islamic Revolution from isolation within the larger Islamic world and to recommend it as a revolutionary model for all Muslims, including Sunnis, with him as the "Islamic Pope"! Soon after the fatwas was issued, however, numerous Islamic states and scholars objected to Khomeini's presumption of speaking in the name of all Muslims. Most Islamic authorities also rejected the fatwa with regard to Sharia law, arguing that there was no basis in the Koran for punishments over blasphemy or insulting the Prophet Muhammad.

In an interview with the tabloid New York Post, Matar confessed to having only read "two pages" of "The Satanic Verses". This recalls the attack on Egyptian writer and Nobel laureate Naguib Mahfouz, who was almost stabbed to death in front of his house in Cairo in October 1994. Also an Islamist extremist, his attacker later said in court that he did not know any of Mahfouz's books. It is highly likely he was simply influenced by vulgar Islamist circles.

What remains is the awareness that the poison of radical Islamism continues to have an effect that transcends borders, and even removes them – especially when questionable "fatwas" legitimise violence. In interview, Matar said he respected Khomeini and believed Rushdie attacked Islam and was not a good person. The Post reported that, on the advice of his lawyer, he did not comment on whether the fatwa inspired him to take any action. Unfortunately, the danger of a single person taking violent action remains omnipresent in our interconnected world.

Meanwhile, Iran has blamed Rushdie himself for the crime. This is contemptible – after all, it is the Iranian regime that has retained the fatwa. At this point, there is no need to evaluate the reactions of the Iranian media, which are under the control of religious hardliners. Paradoxically, however, the failed assassination attempt could prove politically inconvenient for the decision-makers in Tehran, as it could put a strain on negotiations for a new nuclear agreement and weaken Iran's position.

One year ago the Taliban returned to power, seizing Kabul; the U.S. and its allies made a panicked exit from the country. Of all the books written on the subject, four stand out ... END_OF_DOCUMENT_TOKEN_TO_BE_REPLACED

In "Iran. Die Freiheit ist weiblich", journalist Golineh Atai describes the dogged resistance of courageous Iranian women against the Islamic Republic and the mullahs who have ... END_OF_DOCUMENT_TOKEN_TO_BE_REPLACED

Unflattering terms were used at a German Football Association human rights congress aimed at "intensifying the discussion" ahead of the World Cup. One speaker in particular made ... END_OF_DOCUMENT_TOKEN_TO_BE_REPLACED

Egyptian authorities have Mada Masr in their sights once again after critical reporting. But the editor of the country's last independent news source is adamant they will continue ... END_OF_DOCUMENT_TOKEN_TO_BE_REPLACED

Like Christianity, Europe's history is one of migration. Both have strong roots in the Orient and in cultures thousands of years old. Cultural historian Bernhard Braun invites us ... END_OF_DOCUMENT_TOKEN_TO_BE_REPLACED
Author:
Loay Mudhoon
Date:
Mail:
Send via mail

END_OF_DOCUMENT_TOKEN_TO_BE_REPLACED
Social media
and networks
Subscribe to our
newsletter