The Lost World of Arab Erotica 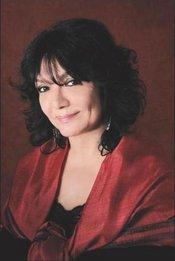 ​​ Born in Damascus in the late 1950s, writer and journalist Al Niemi has lived in Paris for many years. With Borhân al Asal she has written a book with an elusive quality that defies simple categorisations of it as either autobiographic or pornographic and, though it avoids sensationalism, the book's impact has certainly been sensational.

The story is told by a nameless woman whose anonymity is Salwa Al Neimi's only concession to the Arab world's conventions of decency and propriety. The narrator works as a librarian, first in Damascus and then in Paris, but spends her working hours in secret bouts of reading, delving into the world of classical Arab erotica. Though the existence of such material tends to be forgotten nowadays, and it is likely to be sought for in vain on the Arab book market, it does exist, and has done so in copious quantities since at least the 9th century. In classical (as opposed to fundamentalist) Islam, sexual desire, not least female sexuality, is viewed as a gift from God, a foretaste of the delights of paradise.

Eroticism in word and deed

​​ On the one hand we have the narrator's relation of the sexual adventures of herself and her girlfriends, and on the other, what amounts almost to an essayistic plea for the revival or recovery of a language of sexuality, a language that once existed but which has now been lost to the Arab world. "In the 13th century, Sheikh Al Suyuti wrote a book on the art of love especially for women. Modern readers coming across it now would not understand a word – a bit like expecting a caveman to understand computer science! How can we speak of sexual education when the people don't even know the simplest basics of anatomy?"

Ultimately the book is an appeal for change, for putting an end to this kind of ignorance and creating a basis for the sexual liberation of men and women.

Salwa Al Neimi's message has a relevance that reaches beyond the Arab world. Were a feminist to read this plea for sensuality and sexual freedom says the narrator at one point, "she would damn me as a slave to male ideology and declare all out war on me." Salwa Al Neimi's plea for promiscuity may well cause eyebrows to be raised and not just among those who prefer to adhere to the classic concepts of family and relationships. The book is both surprising and provocative, an intelligent mix of essay and narration – what it is not, however, in spite of the subtitle, is a novel.

Sexuality and Sex Education in Iran
No Longer a Taboo
For some time now, sex education classes have been part of the national birth control programme in the Islamic Republic of Iran. They are seen as part of the effort to limit the country's population explosion. Roshanak Zangeneh visited a course for young adults in Teheran

END_OF_DOCUMENT_TOKEN_TO_BE_REPLACED
Social media
and networks
Subscribe to our
newsletter