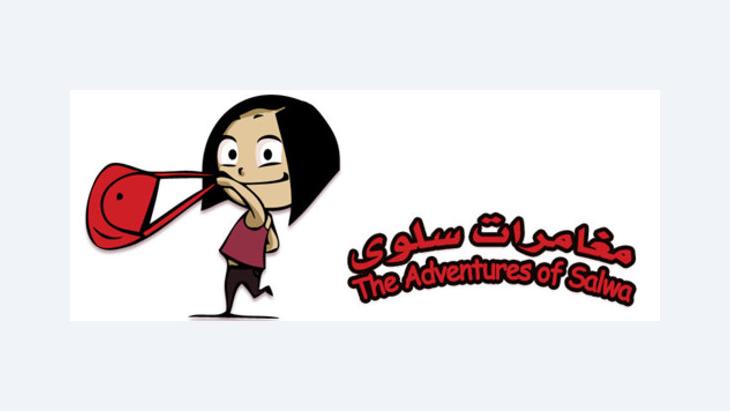 "Salwa's Adventures" – A Women's Initiative in Lebanon
No to Sexual Harassment

It is a sad fact that sexual harassment of women in Lebanon is a topic that preoccupies only a very limited group of people, much to the chagrin of many Lebanese women. Relevant information on the subject is suppressed. The problem is hushed up, as women don't dare to go public for fear of discrimination.

Sexual harassment is the daily lot of Lebanese women and it by no means is restricted only to leering in public. Wherever they go, women are confronted with suggestive comments and vulgar insinuations. Even worse, some women have no choice but to let men grope them.

Some people consider it perfectly normal for a woman to be an object of desire, even the recipient of sexual harassment. Apparently, these people do not understand how painful these experience can be, experiences which the majority of Lebanese women are nonetheless forced to endure.

Right to a normal life

Considering that every woman has the right to a normal life in a society that protects her from sexual harassment, a simple look around reveals the unbelievable extent to which sexual abuse has grown. It becomes clear that action in this sphere should have been undertaken long ago.

Sexual harassment reflects a viewpoint that reduces women to mere sexual objects. Yet, it is also associated with the social problems of adolescent boys, in particular frustration and a belief that sexual violence expresses "virility". In addition, there are no social barriers that condemn such behaviour nor are there appropriate laws that would allow women to protect themselves from the wide range of attacks to which they are exposed.

Last of all, this unbearable reality also stems from the fact that there is a lack of social awareness opposing such behaviour.

Now, five young feminists have taken the initiative. With their campaign called "Salwa's Adventures", they have begun to fight back against sexual harassment.

Salwa is a comic-book character. She has listened to the secrets of women, compiled their disappointments, and has decided to speak openly about them. The women's stories are related in a series of comics, which illustrate the kind of problems that confront women on the street or even in a taxi.

A slap in the face

Salwa refuses to simply ignore instances of sexual harassment that she experiences. Instead, she decidedly reacts by delivering a slap to face with a red handbag to any miscreant who dares to grope her.

A red handbag can be seen in every video produced by the project initiators. It symbolizes the strength of young women as well as their resolve to deal the gropers a decisive blow, once and for all. In other words, the project attempts to break a taboo – women should no longer be condemned to silence out of fear of possible retaliation. 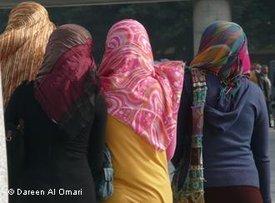 Lebanese women must fight for their right to protection in public. There is no law in Lebanon that punishes sexual harassment

​​The heroine's name was not chosen at random. According to the feminist Farah Qubeissi, the project initiators agreed upon the name "Salwa", because it does not represent any particular religious confession or community, and can therefore represent every segment of society.

The "Salwa's Adventures" campaign does not only consist of the compiled stories, but also includes regular meetings for women and lectures held at various universities, which allow women to talk about their experiences and to identify ways and means to prevent abusive behaviour.

The campaign also permits women to address the issue of how to deal with the possible physical and psychological consequences of harassment. Salwa has caught on in society, as she has encouraged women to follow her example and to talk about what they have experienced.

Salwa also provides the victims of sexual attacks with an emergency telephone number. Members of the work group answering the incoming calls have all been trained in various courses on how to combat sexual violence. They advise victims and offer assistance, such as recommending lawyers and psychologists.

In addition, they have published a small guidebook for young victims of harassment or rape. It provides advice and information on how to file charges against the perpetrators.

As there are no laws against sexual harassment, Salwa has attempted to introduce a draft for legislation to protect women from family violence. The existing law fails to recognize the crime of rape by a woman's husband, even when the woman subsequently suffers physically or morally. Salwa also demands a change to the criminal law with respect to punishment for sexual harassment. Under current law, the aggressor would go free if he married the harassed woman, "which would allow him to abuse the woman for his whole life long – only then it would be legal".

These are the words of Farah Qubeissi, who also asserts that there is absolutely no law against sexual harassment. According to Qubeissi, sexual harassment should be legally prosecuted before it escalates into an act of rape, merely because of a lack of legislation.

This unsatisfactory legal situation and the fact that violence against women at the workplace has dramatically increased has provoked women's associations to work towards a change in attitudes within society so that this abuse will come to an end. The intention is to exert greater pressure in order to replace current laws with new ones to protect women against discrimination.

It is only too clear how these demands should be implemented. Lebanon is currently experiencing a resurgence of social and political tensions. A demonstration was organized under the banner "Against Rapes". The march had been called by Salwa and other women's organizations in an attempt to combat sexual violence.

According to Farah, this first demonstration has led to the public finally becoming aware of the problem of rape and sexual harassment. Organizers were surprised by the large number of participants, especially the number of men.

The campaign has been run according to a plan. The first provision was to provide information on sexual harassment. This was followed by a mobilization of women who regard the struggle against every form of sexual harassment as an urgent concern.

This mobilization was followed by a second phase of the campaign. This consisted of working out a draft for legislation banning sexual harassment. Unfortunately, Salwa's attempts have yet to result in the enactment of a clearly formulated draft law, which would force the government into action. On the contrary, the government has only resisted and argued that the problem does not exist.

Whatever the case, Lebanese women will continue to fight, even when society, together with its government and laws, is still far removed from accepting their demands. Is it the case that women will have to take matters into their own hands in order to ensure their own protection and a life in freedom?

END_OF_DOCUMENT_TOKEN_TO_BE_REPLACED
Social media
and networks
Subscribe to our
newsletter