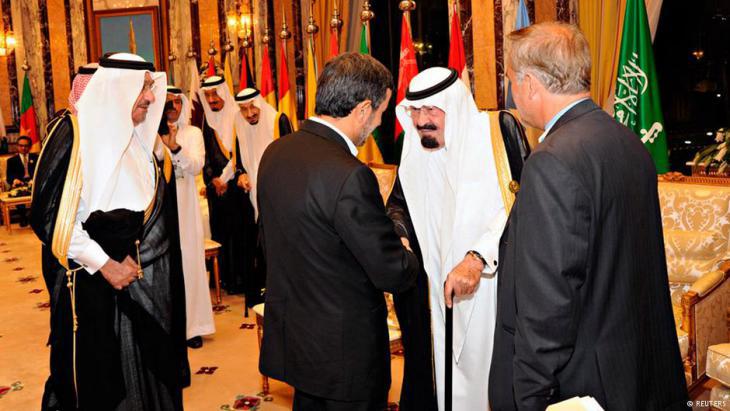 The rivalry between Saudi Arabia and Iran has been known to reach explosive heights on occasion. Deadly proxy conflicts are currently raging in a number of flash points in the Middle East. By Adnan Tabatabai

King Abdullah's death has dealt a further blow to the necessary process of political rapprochement between Saudi Arabia and Iran. His successor, Salman bin Abdulaziz (79), has neither the authority, the courage nor the experience to prompt a paradigm shift in the politics of the region. Unlike Abdullah, Salman does not have good contacts to Iran's political elite either.

Iranian–Saudi relations took a drastic nosedive immediately after the 1979 Iranian Revolution. The revolution's initially expansive orientation unsettled Riyadh, which feared an uprising of the Shia minority in Saudi Arabia. It was for this reason that the Saudi royal family supported Saddam Hussein during the Iran–Iraq War from 1980 to 1988.

Iran's relations to the Saudi leadership did not improve until the Iranian Presidents Ali Akbar Hashemi Rafsanjani (1989–97) and Mohammad Khatami (1997–2005) came into office. This improvement took place under Abdullah's administration, who had recently been made crown prince. His longstanding links to parts of the Iranian elite were of significant benefit in the process.

In the case of Hashemi Rafsanjani, this relationship was primarily of a strategic political nature. In the case of Khatami, on the other hand, relations were cordial and based on contacts dating from the late 1970s with the Iranian-Lebanese cleric Imam Musa Sadr – the uncle of Khatami's wife – who later disappeared in Libya.

However, the political climate deteriorated under the provocative President Mahmoud Ahmadinejad (2005–13). His closeness to the Revolutionary Guard, which is feared right across the region, and his rhetorically aggressive foreign policy induced Abdullah, who had been crowned king in 2005, to call on the US to launch a military attack on Iran. 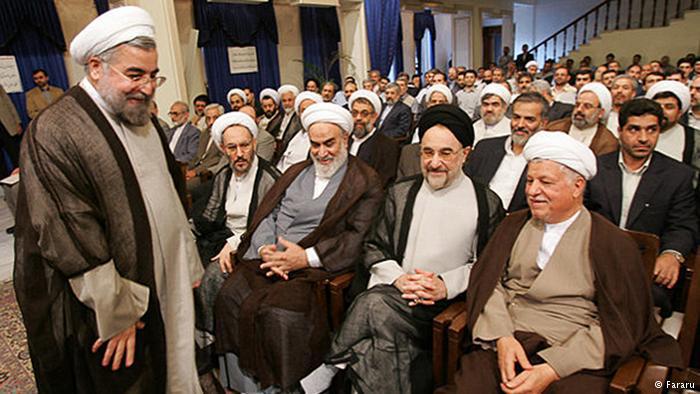 In the course of the developments in Iraq, Afghanistan and Syria and the uprisings during the so-called "Arab Spring", issues of security, ideological influence and economic interests between Tehran and Riyadh degenerated into a zero-sum game. Lines of conflict were accentuated, and proxy conflicts in Syria, Yemen, Bahrain, Iraq and Lebanon escalated.

With the election of Hassan Rouhani to the presidency in the summer of 2013, hopes of a renewed rapprochement grew. There were several mentions of a planned high-ranking visit from Tehran to the Saudi king. Yet all that transpired was a visit to Riyadh by the Iranian Vice Foreign Minister Hossein Amir-Abdollahian and a meeting with the Saudi Foreign Minister Prince Saud al-Faisal.

Tehran's overtures obviously met with a cool response. And when Germany's Foreign Minister Frank-Walter Steinmeier visited his counterpart in Riyadh last October, the latter emphasised that Iran was responsible for the region's problems.

Riyadh also takes a highly sceptical view of the US-Iranian rapprochement in the nuclear negotiations. Continuing the talks opens up new possibilities for Washington for regional partnerships against IS in Iraq and Syria and against al-Qaida in Yemen, where political power is currently changing hands.

The Saudi Arabia-led cuts in oil prices are thus not only a challenge to Tehran; according to energy experts, they also serve to stop demand for American shale gas.

Under King Abdullah, Saudi Arabia occasionally distanced itself from Washington and ventured a number of strategic solo efforts in the region, whether it was the dispatching of troops to quell protests in Bahrain, providing billions of dollars in support for Egypt's General al-Sisi or tolerating major monetary transfers from Saudi individuals to militant jihadists.

In the Saudi view of things, Tehran has consolidated its influence in Yemen with the Houthi takeover of power. It has also extended its sway in Iraq and Syria to Shia militias and Kurdish fighters. Driven by a resulting, seemingly paranoid concern for their own security, the Saudis seem to consider any means against Iran acceptable. 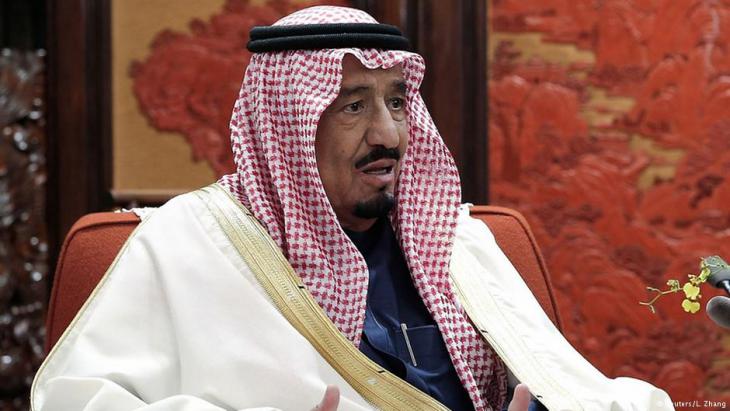 Salman bin Abdulaziz, King of Saudi Arabia. "Together with the kingdom's Western allies, the focus must be on curbing common threats. An "Islamic State" growing in strength threatens Saudi Arabia at least as much as Iran, which also shares a border with Iraq," writes Adnan Tabatabai

Saudi concern about the region

It is hardly conceivable that King Salman will take a less concerned view of the region than his predecessor, Abdullah. Tehran did take the possibly risky action, in domestic policy terms, of sending its foreign minister, Javad Zarif, to King Abdullah's memorial ceremony – a further positive sign. Yet it is possible that this very gesture of diplomatic magnitude might actually scare off Saudi Arabia with its concern for the current state of the region.

We can only speculate on the extent to which King Abdullah himself stood in the way of Iranian–Saudi rapprochement over the past 18 months. What is clear, however, is that the Iranian initiative must seek to generate more trust than has so far been the case if it is to prompt King Salman to rethink foreign policy.

Together with the kingdom's Western allies, the focus must be on curbing common threats. An "Islamic State" growing in strength threatens Saudi Arabia at least as much as Iran, which also shares a border with Iraq.

As long as the Saudi royal family continues to see Sunni jihadists as useful idiots for undermining Iran's influence in the region, however, this potential basis for constructive co-operation will not be recognised. At the same time, Iran must refrain from all policies and rhetoric that help strengthen the sectarian lines of conflict. There is no other way to win Saudi Arabia's trust.

Fariduddin Attar’s "The Conference of the Birds", one of the seminal works of Islamic mysticism, has recently been published in sumptuously illustrated German translation. It ... END_OF_DOCUMENT_TOKEN_TO_BE_REPLACED

In "Iran. Die Freiheit ist weiblich", journalist Golineh Atai describes the dogged resistance of courageous Iranian women against the Islamic Republic and the mullahs who have ... END_OF_DOCUMENT_TOKEN_TO_BE_REPLACED

The violent death of 22-year-old Mahsa Amini has achieved something the entire opposition has failed to do during the 43-year rule of the ayatollahs in Iran: almost the entire ... END_OF_DOCUMENT_TOKEN_TO_BE_REPLACED

Like Christianity, Europe's history is one of migration. Both have strong roots in the Orient and in cultures thousands of years old. Cultural historian Bernhard Braun invites us ... END_OF_DOCUMENT_TOKEN_TO_BE_REPLACED

A lot is happening in Syria’s Sweida Governorate – foreign intervention there is unprecedented both in terms of scale and number of actors – yet Damascus remains the dominant ... END_OF_DOCUMENT_TOKEN_TO_BE_REPLACED

Russia is leaving no stone unturned in its attempts to make the Islamic Republic an ally in the war against Ukraine. Fortunately for Vladimir Putin, the mullahs in Tehran are ... END_OF_DOCUMENT_TOKEN_TO_BE_REPLACED
Author:
Adnan Tabatabai
Date:
Mail:
Send via mail

END_OF_DOCUMENT_TOKEN_TO_BE_REPLACED
Social media
and networks
Subscribe to our
newsletter