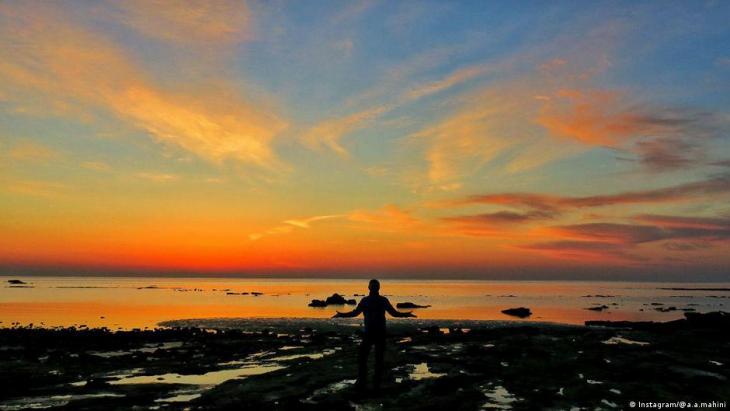 Saudi Arabia, Iran, Turkey and Egypt
A new dawn for diplomacy in the Middle East?

International relations are shifting across the Middle East as regional powers adapt to America's retrenchment and China's growing influence. Although the region could become the site of another great-power competition, it also has a chance to pursue diplomatic openings and new security arrangements. By Fawaz A. Gerges

What are we to make of the reshuffling of relations and shifting alliances in the Middle East? Diplomacy has gained momentum among bitter foes; cracks have appeared among close friends. Regional powers like Saudi Arabia, Iran, Turkey and Egypt are recalibrating their foreign policies and restoring relations with estranged neighbours. The United States and Russia have renewed their regional rivalry and China has entered as a new competitor.

These shifting geopolitics could make the Middle East the scene of fierce and truly global competition. But they also could defuse regional rivalries, by bringing together countries that historically loathe one another. Much will depend on the main factors behind the new realignments: America’s regional retrenchment, China’s rise and the adverse effect of the COVID-19 pandemic on already weak regional economies.

U.S. President Joe Biden has made it clear that the Middle East is not a foreign-policy priority for his administration. Whereas former President Donald Trump built an anti-Iran coalition led by Saudi Arabia and Israel, Biden has sought to distance himself from Saudi Arabia, not least by ending U.S. support for the war in Yemen. His administration has resumed diplomacy to restore the 2015 Iran nuclear deal, from which Trump withdrew the U.S. in 2018, and it has kept Turkey and Egypt (two of Trump's favourites) at arm’s length.

With the complete U.S. withdrawal from Afghanistan last month, Biden made it clear that the U.S. is disengaging from the region’s cold wars as it pivots to Asia and China. Across the Middle East, there is a widespread belief that America is no longer a real partner. 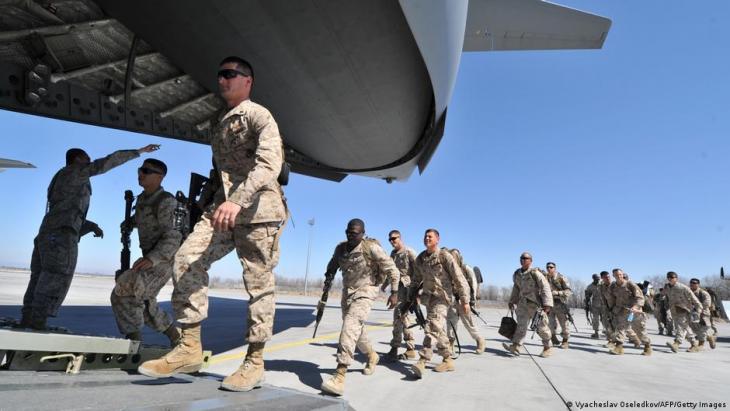 Middle East no longer a U.S. foreign policy priority: apart from the very public pullout from Afghanistan, there are other signs that the USA is in retreat. As Gerges writes, "whereas former President Donald Trump built an anti-Iran coalition led by Saudi Arabia and Israel, Biden has sought to distance himself from Saudi Arabia, not least by ending U.S. support for the war in Yemen. His administration has resumed diplomacy to restore the 2015 Iran nuclear deal, from which Trump withdrew the U.S. in 2018, and it has kept Turkey and Egypt (two of Trump's favourites) at arm’s length"

Moreover, while America pulls back, China is increasingly making its presence known in the region. In March, it concluded a major agreement with Iran, promising $400 billion of investment over the next 25 years in exchange for steady shipments of oil and gas.

On a tour through Saudi Arabia, Turkey, Iran, the United Arab Emirates, Bahrain, and Oman the same month, Chinese Foreign Minister Wang Yi affirmed his country’s commitment to the region’s security and stability. In an obvious dig at the U.S., he said that China will oppose foreign interventions and act as an honest broker in resolving persistent conflicts in the region.

Wang also dangled the prospect of a Chinese free-trade agreement that would bring tens of billions of dollars in investment opportunities, by linking China’s Belt and Road Initiative with local development projects. This kind of economic sweetener resonates widely in the Middle East, where youth-unemployment rates, poverty levels, and other economic indicators were dismal long before the pandemic. Over the past 18 months, COVID-19 has exacerbated already severe social crises in many countries.

Under these conditions, it is little wonder that regional dialogue and diplomacy are making a comeback. Most local rulers understand that regime security depends more on satisfying the needs of the population, than on sectarian incitement and hatred of the "other". Hence, last April, Saudi Arabia and Iran held secret talks to discuss how to end the conflict in Yemen, where a Saudi-led coalition has been fighting a war against Iran-backed Houthi rebels since March 2015. 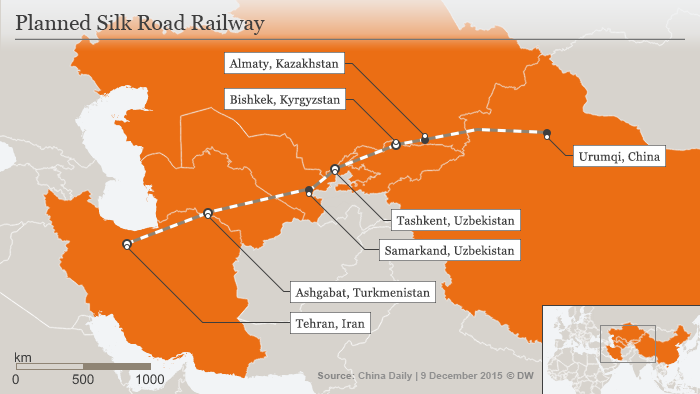 Economic support and "honest broker" mediation? China has been busy in 2021, signing a major trade agreement with Iran in March. The same month saw Foreign Minister Wang Yi tour the Middle East, keen to convince major players of China's genuine desire to help resolve ongoing conflicts in the region. In addition the Belt and Road Initiative remains a hugely attractive sweetener for countries, such as Iran, that are battling high youth unemployment, poverty and the economic fallout from the pandemic

Saudi Arabia has also reconciled with Qatar (which maintains friendly relations with Iran), after having severed all links with its neighbour in June 2017. In a powerful gesture of rapprochement last April, Saudi Arabia’s King Salman formally invited Qatar’s emir, Sheikh Tamim bin Hamad al-Thani, to visit his country.

As a further sign of the broader political reshuffling, the Saudis have also normalised relations with Iraq (an Iranian ally), thus ending three decades of mutual estrangement and hostility. And after years of conflict with Syrian President Bashar al-Assad (another close Iranian partner), Saudi officials recently held secret talks with their Syrian counterparts in Damascus, leading to reports that an agreement on diplomatic normalisation may be forthcoming.

Iran, too, may be on the verge of improving ties with its neighbours, particularly the UAE. Iran's former foreign minister Mohammad Javad Zarif completed a diplomatic charm tour through Qatar, Iraq, Kuwait and Oman in April, and there have been reports that an official Iranian visit to the UAE is still on the cards.

But most important is the possibility of an Iranian-Saudi rapprochement. Ebrahim Raisi, the hardliner who replaced Iran's former moderate president, Hassan Rouhani, at the beginning of August says he sees "no obstacles" to establishing diplomatic relations with the Kingdom. A restoration of ties would curtail the civil strife and proxy wars in Syria and Yemen – two of the greatest humanitarian crises in the world today – and might also bring stability to politically and religiously divided countries like Iraq and Lebanon. 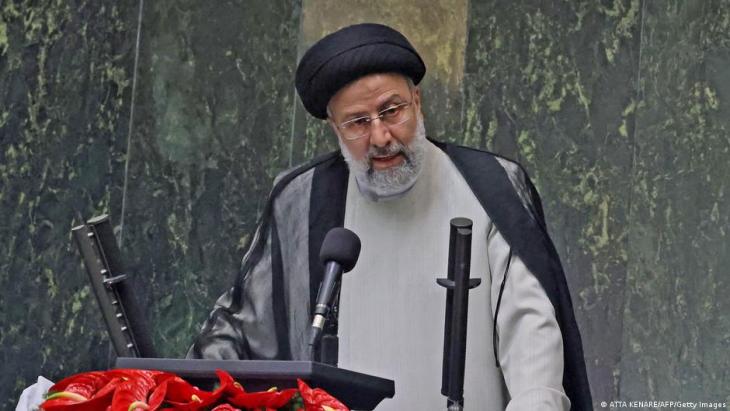 Time to bury the hatchet: Ebrahim Raisi, the hardliner who replaced Iran's former moderate president, Hassan Rouhani, said at the beginning of August that he saw "no obstacles" to establishing diplomatic relations with the Kingdom. "A restoration of ties would curtail the civil strife and proxy wars in Syria and Yemen – two of the greatest humanitarian crises in the world today – and might also bring stability to politically and religiously divided countries like Iraq and Lebanon," Gerges concludes

Finally, like Saudi Arabia and Iran, Turkish President Recep Tayyip Erdogan has gone on a diplomatic offensive to mend his country’s strained ties in the region, particularly vis-a-vis Egypt and Saudi Arabia. After almost coming to violent blows over Libya last year, Turkey now wants to improve economic relations with Egypt and other regional and global powers.

These recent regional realignments can be explained by changing assessments of the balance of power and converging interests. America’s retrenchment has forced regional powers to attend to their own security by mending fences. Regional leaders increasingly recognise that there is nothing to gain from pouring gasoline on a raging fire, as Trump did. Through international diplomacy led by America, Europe, China, Russia, and Japan, the Middle East can continue on its current path of de-escalation.

Could the international community broker an agreement for a new inclusive security architecture and nuclear weapons-free Middle East, or at least support and encourage the regional dialogue and conflict management that is emerging there? It is no longer wishful thinking to imagine so. Endless conflict may mark the Middle East’s past; but it is not the region’s settled destiny.

Fawaz A. Gerges, professor of International Relations at the London School of Economics and Political Science, is author of the forthcoming "The Hundred Years' War for Control of the Middle East: From Sykes-Picot to the Deal of the Century" (Princeton University Press, 2021).

Home
Print
Newsletter
More on this topic
Reconciliation between Saudi Arabia and Qatar: A turning point for the whole Middle East?Hic sunt dracones: Is Iran set to forfeit its national interests to China?Afghanistan and Iran: Can Iran be friends with the Taliban?Yemen and the Biden administration: "After the war, Yemen will no longer be a sovereign state" New books on the Middle East: The clouds of war or the dawn of a new beginning?
Related Topics
Abdul Fattah al-Sisi, Assad regime, Coronavirus, Ebrahim Raisi, Economy, Joe Biden, Mohammed bin Salman, Oil, Poverty, Recep Tayyip Erdogan, Sunni-Shia tension, Syrian Civil War, Yemen conflict
All Topics

Very different Western reactions to the suffering in Ukraine and the Arab world show that there is a profound rift among cultures. Essay by Michael Young END_OF_DOCUMENT_TOKEN_TO_BE_REPLACED

The documentary "Nadia" tells the incredible story of Nadia Nadim, who was forced to flee from the Taliban as a child and became a football star. By Annabelle Steffes-Halmer END_OF_DOCUMENT_TOKEN_TO_BE_REPLACED

Three award-winning female directors appeal to the international film industry to save Afghan cinema. Supporting women filmmakers is more important than ever. By Christine Lehnen END_OF_DOCUMENT_TOKEN_TO_BE_REPLACED

Russia's ranking on the World Press Freedom Index has fallen again over the Kremlin's wartime censorship of the Ukraine conflict. From Myanmar to Mexico, journalists continue to ... END_OF_DOCUMENT_TOKEN_TO_BE_REPLACED

Ideally, those Europeans currently welcoming Ukrainian refugees would show the same sympathy to Syrians, Afghans and others fleeing war beyond the continent. But, argues Ian ... END_OF_DOCUMENT_TOKEN_TO_BE_REPLACED

END_OF_DOCUMENT_TOKEN_TO_BE_REPLACED
Social media
and networks
Subscribe to our
newsletter