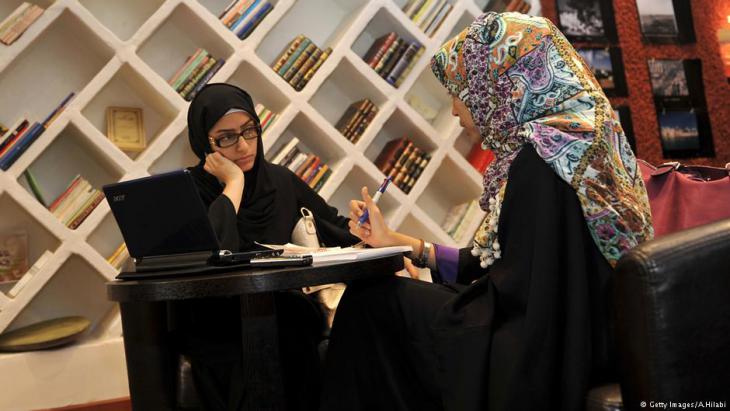 Scarcely any other country treats native and foreign workers as unequally as Saudi Arabia. With its pronounced disparities between men and women, the labour market also reflects the contradictions within Saudi society. Implementing the initiated reforms will be no small feat. By Nassir Djafari

When oil exports began in the late 1930s, the backwards desert state was suddenly confronted with the modern world of labour. Saudi Arabia had neither the expertise nor the labour force to support its rapidly expanding economy. As a result, the number of migrant workers grew quickly. In 1970, 1 million foreigners were working in Saudi Arabia. Today, the number is around 10 million, making up about a third of the country’s total population. Saudi nationals themselves tend to pursue well-paid jobs in the public sector.

Apart from a few foreign specialists, most migrants earn only half as much as Saudis who have the same qualifications. The overwhelming majority of foreign employees work in the private sector, where they toil for longer hours under more difficult conditions and for less money than public-sector employees do.

They also have fewer rights. Migrants only get the permit to work and reside in the country if their employer applies for it. The employer thus takes on the role of a sponsor. This is known as the ′kafala system′. Migrants can only change jobs if their sponsor allows them to. Migrants’ restricted mobility keeps their wages low, and employers appreciate that. From an economic standpoint, however, the productive potential of foreign workers is not fully tapped, so there is a loss of efficiency.

Saudis are also not very mobile, given that they prefer culturally respected jobs, primarily in offices. Manual labour is looked down on. Many Saudis would rather wait for a position in the public sector than accept work in the private sector. This is still the case even though unemployment has risen in recent years, particularly among young people and women.

About 31 % of young Saudis are unemployed. Even their high levels of education have not helped them find jobs. Enrolment at universities has increased 60 % since 2010. But the degrees obtained often do not correspond to the needs of private industry. There is a surplus of graduates from humanities and social sciences departments, but a dearth of educated workers in technical, scientific and mathematical fields. Moreover, international education standards are not being met. 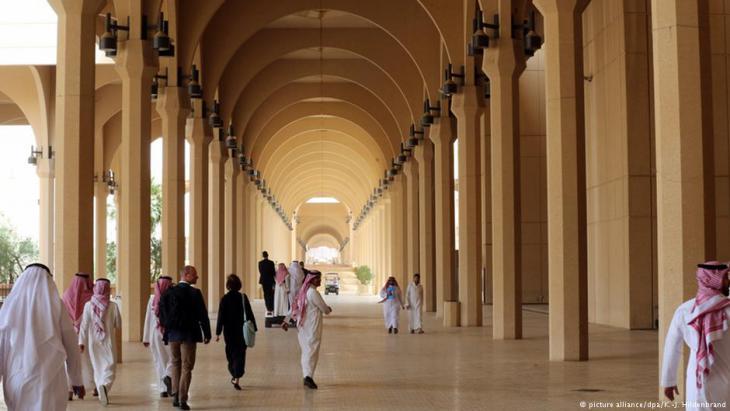 From rentier economy to knowledge-based society? Modernising the education system is one of the central pillars of the Vision 2030 reform strategy announced by King Salman in 2016. The goal is to make the country independent of oil. Vision 2030 sees the future of the country as a ″knowledge-based economy″, the most important resource of which is no longer oil, but rather the skills of the Saudi people

Modernising the education system is one of the central pillars of the “Vision 2030” reform strategy announced by King Salman in 2016. The goal is to make the country independent of oil. Vision 2030 sees the future of the country as a ″knowledge-based economy″, the most important resource of which is no longer oil, but rather the skills of the Saudi people. The government wants to achieve this turnaround by relying on international expertise and cooperation with private education institutions.

The last few years have already seen a number of largely private vocational-training institutes spring up. The flagship of the education offensive are the ″colleges of excellence″, which, with support from multinational companies, train young men and women for jobs in new economic sectors like renewable energy, mining, infrastructure, transportation and tourism.

Philosopher Juergen Habermas was due to be awarded a major Arab prize in Abu Dhabi, but has turned it down following criticism. This decision torpedoes Arab efforts at a ... END_OF_DOCUMENT_TOKEN_TO_BE_REPLACED

In his book "Ground Zero: 9/11 und die Geburt der Gegenwart" (Ground Zero: 9/11 and the Birth of the Present) Islamic scholar Stefan Weidner analyses the consequences of the ... END_OF_DOCUMENT_TOKEN_TO_BE_REPLACED

As Qatar prepares to host the 2022 FIFA World Cup, the country has come under fire for its treatment of migrant workers, with some nations calling for a boycott of the contest. ... END_OF_DOCUMENT_TOKEN_TO_BE_REPLACED

German Middle East analyst Guido Steinberg and television journalist Ulrich Tilgner have both published new books on the conflicts in the Middle East. Their analyses and their ... END_OF_DOCUMENT_TOKEN_TO_BE_REPLACED

Televised Turkish dramas are all the rage in the Middle East. A young Ottoman TV Empire has been expanding its soft power by harnessing regional dialects, Arabic names and viewers ... END_OF_DOCUMENT_TOKEN_TO_BE_REPLACED
Author:
Nassir Djafari
Date:
Mail:
Send via mail

END_OF_DOCUMENT_TOKEN_TO_BE_REPLACED
Social media
and networks
Subscribe to our
newsletter