Lulua Asaad – a Saudi national based in Austria – argues that creating an environment in which people feel free to ask questions, and in which diverse reactions are tolerated, is essential to social debate and paves the road for the acceptance of diversity that is so desperately needed in all our societies

"Slow and steady progression": Women in Saudi Arabia want to engage in the change that is happening in the public sphere, says Lulua Asaad

​​ When I made the decision to move to Vienna, I was unprepared for the repercussions my attitude, behaviour and opinions would have in forming and influencing European perceptions of women from Saudi Arabia, a country that is at a crossroads between modernity, globalisation, liberation, empowerment, heritage and cherished traditions.

Since I signify to the West the image of an emancipated, modern, outspoken and Muslim Saudi woman, the questions people ask wherever I go never cease to amaze me. And I feel the responsibility to act as a self-appointed cultural diplomat to explain what being a Saudi woman means to me – and many Saudi women, in the process bridging the gap between my country and the world.

Most recently, a Saudi friend who wears a hijab, or headscarf, visited me in Vienna and we were asked: why does one of you cover your hair while the other doesn't?

It's an interesting question, and the answer is not unique to Muslims; the followers of Christianity and Judaism also have expectations about female (and male) attire that differ from one community to another, and even from one family to another.

I've also been asked what we wear under our abaya, the long cloak Saudi women wear in public; what our workplace looks like; and how we interact with our families and friends.

Contrary to feeling frustrated by these questions, I believe these social interactions are necessary and essential in shattering common stereotypes about Saudi women.

Answering the many questions from people who are genuinely curious about how we live, and what we do in our daily lives is important in an age when any news related to Saudi women tops headlines in The New York Times, CNN, BBC, Al Arabiya, you name it – and influences international opinion of my country and its people. 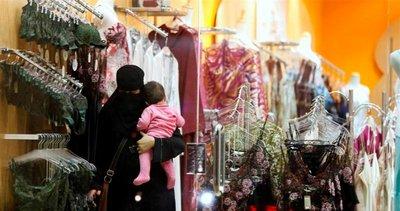 Unusual media exposure: "From our right to drive, to participation on reality television shows, to how we deal with men selling lingerie in Saudi stores, the media is thirsty to publish our pictures, our opinions, our lives and our experiences", says Lulua Asaad

​​ Saudi women are mentioned in the news on an almost weekly basis. From our right to drive, to participation on reality television shows, to how we deal with men selling lingerie in Saudi stores, the media is thirsty to publish our pictures, our opinions, our lives and our experiences.

This kind of exposure upsets some Saudis who feel insulted by comments from readers that are coloured by hatred and negative stereotypes, while others view such exposure as a positive trend.

Paving the road for future acceptance

But it is the generation of such diverse reactions, and the solicitation of feedback – whether negative or positive – that is essential to social debate and paves the road for future acceptance that is so desperately needed in all our societies.

Even in Saudi Arabia some modern and liberal Saudi thinkers reject the opinions of Saudi women in the media. For example, some Saudi commentators argued that the presence of young Saudi women on a recent MTV reality show reflected negative stereotypes about the country, and others disagree with the degree of liberalism that allows Saudi women to voice their opinions in the first place. But these are just some of the diverse opinions that exist in Saudi Arabia.

Interestingly, in both Austrian and Saudi society, the fact that there are forums to have these discussions is actually a positive change, creating space for Saudi women who have the courage to put their views out there and voice their opinions.

And change extends beyond these forums: when I return home I see slow and heart-warming change. I find an increasing number of women at work in hospitals as nurses and doctors, as receptionists, as operators and, more than ever, as entrepreneurs. It reminds me of the emancipation movement in Europe where women gradually started to join the workforce and slowly became more involved in civil society building.

I believe that this change is happening because we women want it to happen. Quite a few Saudi women I talk to feel that they need purpose in their lives, that raising children and being a good housewife is no longer enough. Though they believe that the "job" of being a mother should not be underappreciated, women also want to engage in the change that is happening in the public sphere.

Positive change will only prevail if we, as Saudi women, continue to voice our opinions and act as ambassadors and agents of change, calling for a slow and steady progression that reflects our traditions, our faith and our dedication to make meaningful contributions to the world we live in.

Lulua Asaad is a Saudi national based in Austria who has worked at the IAEA and the United Nations Industrial Development Organization. This article was written for the Common Ground News Service (CGNews).

Islam and Women's Rights
Saudi Arabia's Women Pioneers
Are the new generation of educated, professional Saudi women who are pushing for political change a vanguard or just a "westernised" elite? Jane Kinninmont reports

Dossier
Women in the Islamic World
To this day, women in many Muslim societies are in a legally disadvantaged position. Qantara.de outlines just how women are fighting for emancipation and self-determination with the help of profiles, essays, reports and nation-specific examples

END_OF_DOCUMENT_TOKEN_TO_BE_REPLACED
Social media
and networks
Subscribe to our
newsletter