The end of July saw the launch of the African Union’s "Sauti" digital publication, the first young feminist platform in Africa, which this year showcases stories by female youth on their initiatives and their challenges in the face of the coronavirus pandemic. Alessandra Bajec reports

This year, those marking Pan African Women's Day on 31 July had even more reason to celebrate. Two days previously the African Union launched "Sauti", meaning "my voice" in Arabic and Kiswahili. A digital collection featuring award-winning stories by twenty-five young women from across the five regions of Africa and its diaspora, it is the first ever feminist blog of its kind.

Young African women were invited to share their contributions in writing, visuals, audio or video, presenting their thoughts and innovations in the face of COVID-19, as well as their daily struggles amid the evolving pandemic.

From a total of 460 submissions, a review committee selected twenty-five outstanding entries to be featured on the African Union website and in the online publication. The winners were also awarded a 200 USD cash prize each in recognition of their creative work.

"Since their stories are generally untold and under-represented, the idea was to collate twenty-five young female African voices to commemorate the 25th anniversary of the Beijing Platform for Action," Sauti’s editor Rim Menia said. The Beijing Declaration and Platform for Action remains one of the strongest commitments to advancing women’s rights.

Menia pointed out that Sauti offers a platform to "amplify the voices" of young African feminists, drawing attention to the ways in which COVID-19 is affecting their lives, but also to their actions and achievements in fighting this global health crisis.

The women-focussed submissions were required to address one of the following themes: Youth Silencing the Guns, Youth Refugee Voices, Ending Violence Against Young Women, Employment and Education Match, Youth Health and Wellbeing, and Young Peacebuilders.

Sauti, which will run as an annual blog, provides a new gender specific devoted to African youth, drawing women together in dialogue and action. "The publication is an Africa-led and youth-driven project," the editor emphasised.

Daina Mandewo, a 23 year-old medical student from Zimbabwe, had never entered a contest until she stumbled across the call for submissions on the AU Office of the Youth Envoy’s website. Eager to participate, she was keen to add her voice, exploring how women are tackling poverty and hunger during the coronavirus pandemic.

Her written story "Sammy’s Kitchen" centres around her friend Samantha, an immigration lawyer, who set up her own relief kitchen to feed needy people in Chitungwiza community three weeks into Zimbabwe’s lockdown.On the first day, she started off serving 14 people out of her own pocket. Having learnt about her initiative on social media, several organisations then stepped in to make donations. With the help of 20 volunteers, Samantha is currently cooking and providing meals for free, as well as hygiene kits, to more than a thousand vulnerable people every day.

"I wanted to show how young women make a difference in their communities, instead of waiting for the government or an NGO to come and help," Mandewo noted, explaining what motivated her to write such an account, ultimately shortlisted for the Sauti blog award. "Sammy opened her community kitchen with a pack of rice and a fistful of beans. It has now been running for over a hundred days, inspiring other women to initiate similar kitchens in other parts of the country," she added. 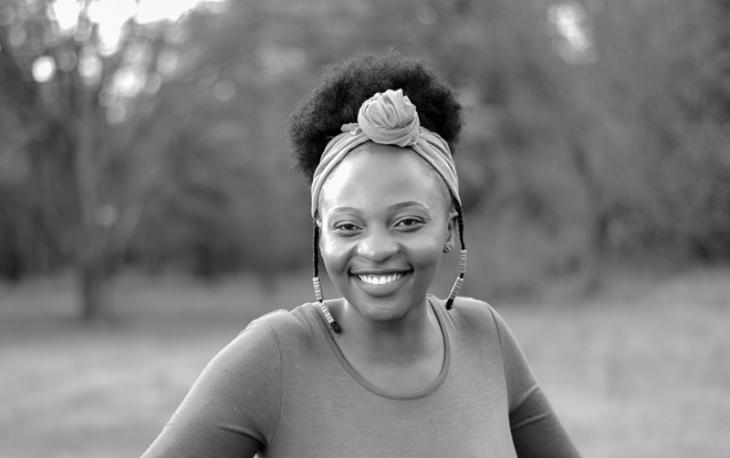 A fistful of beans: "Sammy's Kitchen", written by Daina Mandewo, is a tribute to her friend Samantha, an immigration lawyer, who set up her own relief kitchen to feed needy people in Chitungwiza community three weeks into Zimbabwe’s lockdown. On the first day, she started off serving 14 people out of her own pocket. Now, with the help of 20 volunteers, Samantha is cooking and providing meals for free, as well as hygiene kits, to more than a thousand vulnerable people every day

Patricia Lamwaka, 24, a Ugandan law student, is another contest finalist. She became interested in the new blog as a rare, unique space to make her own voice heard on issues relating to the COVID-19 impact on African young women.

Her audio contribution depicts the precarious situation of a girl in Uganda stuck at home with her newly unemployed father during the national lockdown, while her mother, the sole breadwinner, is forced to enter quarantine at her grocery stall to continue earning money as a market vendor.

"The girl is left with a difficult choice: does she stay and endure uncertainty, or does she take a risk and leave?" Lamwaka commented. "Regardless of what she decides, for me it’s about acknowledging there is a struggle and making it as relatable as possible."

"Through the lens of a young woman, I aimed to send a message that many of us face daily challenges, and to remind women that they’re not alone," the Ugandan emphasised, arguing that African girls do not often get the opportunity to speak up, due to patriarchal dominance within their societies.

Malian blogger Tenin Samake, 24, is also among the chosen finalists in the Sauti blog competition. Her reportage documents the reality of female workers in evening employment (waitresses, barmaids, cashiers, street food vendors) in Mali who are struggling to earn a living owing to curfew restrictions. 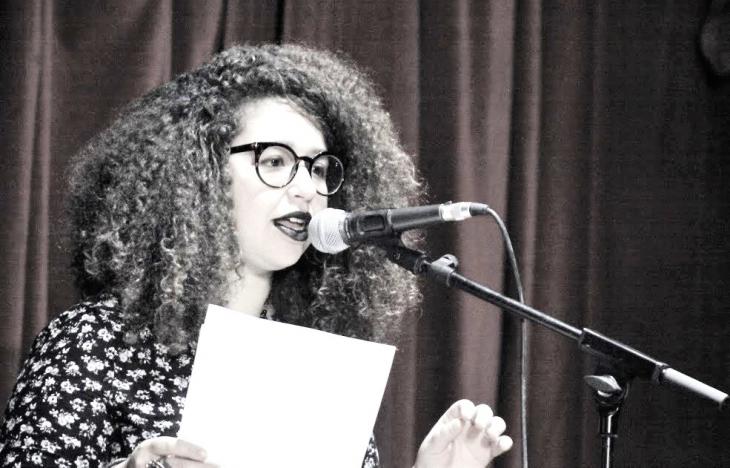 An Africa-led and youth-driven project: "since their stories are generally untold and under-represented, the idea was to collate twenty-five young female African voices to commemorate the 25th anniversary of the Beijing Platform for Action," Sauti’s editor Rim Menia said. Sauti offers a platform to "amplify the voices" of young African feminists, drawing attention to the ways in which COVID-19 is affecting their lives, but also to their actions and achievements in fighting the global health crisis

"These young women have been hardest hit by the coronavirus shutdown, deprived of their daily wages and therefore unable to provide for their families," the feminist blogger said. "They are the most marginalised and the least heard in our society," she stressed, "I felt it was important to lend a voice to the everyday problems of this group of women."

Given how the coronavirus outbreak has further impacted the livelihoods of African female youth, the young African feminist believes governments – in partnership with international organisations and NGOs – should create socio-occupational initiatives "that focus on women and girls", thereby enabling them to secure employment.

The COVID-19 crisis has thrown the depth of gender disparity into stark relief, while violence against women has increased as a result of lockdown measures. Yet, despite all the difficulties, young African women are resilient and invested in coming up with solutions for long-neglected problems, Sauti's editor was at pains to point out, for a lasting impact in their communities.

Organised by interfaith NGO Religions for Peace, an international conference in Lindau on Lake Constance is dealing with the peace-building role of women inspired by the faith of ... END_OF_DOCUMENT_TOKEN_TO_BE_REPLACED

The small East African nation of Djibouti has so far evaded musical discovery by the West. Now, however, the country's official national band, Groupe RTD, is picking up ... END_OF_DOCUMENT_TOKEN_TO_BE_REPLACED

The outpouring of solidarity worldwide following the violent death of George Floyd should prompt us to step back and fundamentally question racist structures and privileges based ... END_OF_DOCUMENT_TOKEN_TO_BE_REPLACED

Jeddah is very different from other cities on the Arabian Peninsula, says Ulrike Freitag, historian of the Modern Middle East. In her book "A History of Jeddah", she explores the ... END_OF_DOCUMENT_TOKEN_TO_BE_REPLACED

Since the attempted coup in Turkey, President Erdogan has been pressing foreign nations to hand over schools run by the Gulen movement. Although many countries have entrusted ... END_OF_DOCUMENT_TOKEN_TO_BE_REPLACED
Author:
Alessandra Bajec
Date:
Mail:
Send via mail

END_OF_DOCUMENT_TOKEN_TO_BE_REPLACED
Social media
and networks
Subscribe to our
newsletter