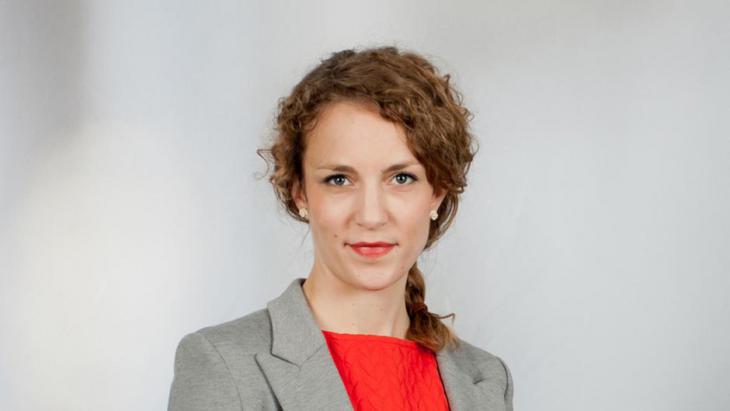 #KoelnHbf – An attack on my freedom

The sex attacks at Cologne's main railway terminal are intolerable, regardless of where the perpetrators come from. An outcry is essential (#aufschrei). It is not acceptable that women in Germany become a target. Commentary by Sarah Judith Hofmann

I am still in shock. Over my city Cologne, where I have lived for several years. A city where I have never felt unsafe as a woman. Where I often go around on my own even at night – frequently changing trains at the main railway station – without pepper spray in my jacket pocket, without fear. And now, this is the very place, the main station in Cologne, where numerous women were groped, brutally attacked, humiliated? Accompanied by their male friends, in groups, together with other family members? It all still seems very surreal.

I am, however, aware that here in Germany large-scale events such as the Munich Beer Festival, New Year's Eve and the Cologne Carnival are gatherings that invite not just pick-pockets to try their luck in the crowds, but where women are frequently subjected to sexual harassment. I've experienced it myself now and again, the unsolicited hand on the backside. But I was able to defend myself – verbally, with a slap in the face, or because others stepped in to help out.

But this particular New Year's Eve took on a completely different dimension. Against a group of men whose "hands were suddenly everywhere", as several victims report, a woman is – even if she is not alone – totally powerless. It is not yet known how many women were sexually assaulted or harassed that night, maybe it was only 15 women, as the German television news magazine Panorama reports, perhaps many more who have not come forward.

The police in Cologne say 90 crimes have been reported, some of them for theft, others for attacks of a sexual nature. And they also say there were around 1,000 people who were causing trouble at the station, a crowd that broke up into "groups of up to 20 men" that went on to attack women. One thing is clear: the women were not attacked by an individual. And: this did not take place in a dark alley, but in front of and inside the main station building.

My approach to life in Germany as a woman has always been that I can feel safe wherever other people are present. I have only ever felt unsafe in places where few people would have been around to help – dark metro stations, quiet neighbourhoods, in parks. But not at Cologne's main station. With all its snack stands, station staff, CCTV cameras, the police presence and above all, with large numbers of people. On this particular evening, a basic assumption was turned on its head: rather than affording protection, crowds became potentially threatening. 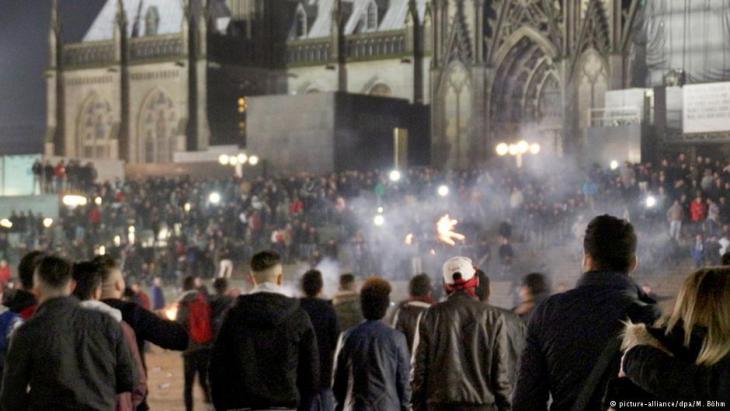 Attacked from within the crowd: on New Year′s Eve groups of young men sexually assaulted and robbed women on the square in front of Cologne′s main station. According to police reports, at times over a thousand, mostly drunk men filled the area outside the station

Even though I wasn't at the main station, just like the actual victims I too feel as though I have been groped, as a resident of Cologne, as a German, as a woman. And although it would be wrong to compare the events with a terror attack: this was a night when my freedom also came under attack, indeed the freedom of all women in Germany.

I don′t want to keep strangers at "arm's length"

That women in this country have complete freedom of movement, can wear what they like and don't have to keep strange men at "arm's length" – as the Mayor of Cologne Henriette Reker rather clumsily advised when asked how women might best protect themselves – are among the most significant rights that we women in Germany (or more precisely our mothers and grandmothers) have fought for.

Even if some women and girls will be wearing short skirts and fishnet tights during upcoming carnival celebrations (incidentally, on New Year's Eve, most women were wearing thick coats and hats), this does not give any man in the world the right – whatever the intention – to grope backsides, breasts or between the legs. Whether or not he "appears to be from an Arab or North African nation", whether he is a member of a criminal gang out to steal what he can, or a Rhinelander in a bear costume who has perhaps had one schnapps too many. The harassment of women is taboo – and not only if it escalates to rape. At the latest, this should have been evident from the hashtag #aufschrei (outcry).

When it became known that, in the years since Egyptian President Mubarak was toppled in 2011, women had repeatedly been surrounded by groups of men, sexually abused and raped under the cover of peaceful demonstrations on Cairo's Tahrir Square, there was a global outcry. Several men have in the meantime been sentenced to life terms for rape. But many Egyptian women still avoid crowds as a result.

What does this have to do with Cologne? On the one hand: I don't want to have to think twice about whether I can board a packed metro train in my home city and whether in doing so I might be putting myself in danger. And on the other: if Germany still intends to promote women's rights on a global level – and this is exactly what it should do – a policy of "zero tolerance" must also be applied here too. The perpetrators must be found and sentenced. If we do not solve the problem in Cologne, Hamburg, Stuttgart or elsewhere, we lose our credibility in India, South Africa, in the Maghreb region, worldwide. We should take Article 1 of our constitution by its word: "human dignity shall be inviolable." In Germany it should not be necessary to add that this applies to both women and men in equal measure.

Sarah Judith Hofmann works as a journalist for Deutsche Welle

The Kurdish YPG militia did the heavy lifting in the fight against the "Islamic State", yet many foreign YPG adherents, including Germans, have come home to find themselves under ... END_OF_DOCUMENT_TOKEN_TO_BE_REPLACED

Few Muslims have to date visited the Auschwitz-Birkenau concentration camp memorial site. Now high-ranking representatives of Muslims and Jews are travelling together to the place ... END_OF_DOCUMENT_TOKEN_TO_BE_REPLACED

The terror attacks in Paris, Brussels and Berlin were all carried out by men radicalised in jail. In Germany, politics and the judiciary are trying out new approaches to prevent ... END_OF_DOCUMENT_TOKEN_TO_BE_REPLACED

Elke Muller is fighting for her daughter Anna, who fell in love with a young Afghan and converted to Islam. The mother spoke to Esther Felden about feeling alienated and her fear ... END_OF_DOCUMENT_TOKEN_TO_BE_REPLACED

As historian Wiiliam Dalrymple writes in his essay, scholars are only now beginning to realise the extent to which the Mughal emperors adopted what most would assume to be ... END_OF_DOCUMENT_TOKEN_TO_BE_REPLACED
Author:
Sarah Judith Hofmann
Date:
Mail:
Send via mail