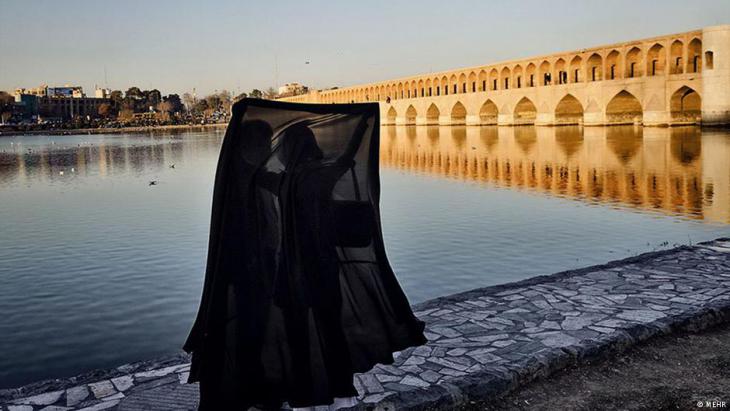 Sexuality is a taboo subject in Iran. But the country′s youthful society wants enlightenment and more sexual freedoms. What little support it receives from exile seems to be having a powerful effect. By Shahrzad Osterer and Farhad Payar

If you google the term "sexual enlightenment" in Persian, you get a long list of results, first and foremost consisting of links to free downloads of foreign books and children′s books translated into Persian. Sigmund Freud′s work "The Sexual Enlightenment of Children" plays a significant part here.

Other links lead to publications demonising the promiscuity of the West, lamenting the rejection of morality and religion, or preparing young women for the fulfilment of their marital duties. It gives the appearance that hardly anyone, either in Iran or the diaspora, has ever given a thought to sexual self-determination, sexual practices, sexual hygiene or any other important aspects of the most natural thing in the world. No trace of an Iranian counterpart to publications like the Hite or Kinsey reports.

But if you search for long enough, you do find a few entries reporting on the activities of individuals in the Iranian government or abroad.

This gives a picture of the real-life conditions in Iran. The country′s relatively youthful society is confronted by sexual taboos and seeks consolation in secret. And the internet is the best place for that - whether you are looking for self-gratification or blind dates in the big cities.

Young Iranians are using the internet to embark on sexual adventures, which attract harsh punishments under the law of the Islamic Republic, up to and including execution. Young Iranians' desperate search for sexual freedom is being described both by Western media and by the Iranian Ayatollahs as a "sexual revolution".

But the reality looks rather different: public debate about sexuality is still absolutely taboo in the theocracy; suppression of drives is the norm; and sexual enlightenment is punished, where it oversteps certain boundaries, as the "temptation towards depravity and decadence". 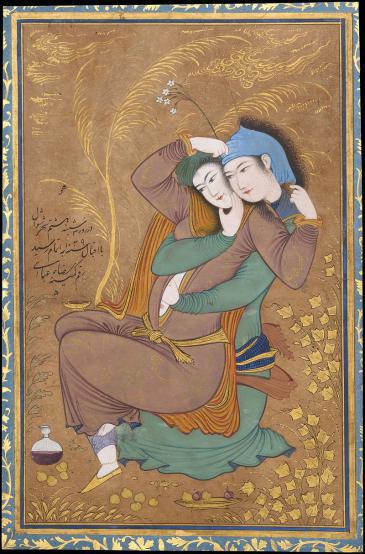 State monitoring of love and sexuality: public debate about sexuality is still absolutely taboo in the theocracy; suppression of drives is the norm; and sexual enlightenment is punished, where it oversteps certain boundaries, as the "temptation towards depravity and decadence″. Private and state-sponsored sexual advice for young couples preparing for marriage does exist, but it is largely restricted to the sexual act on the wedding night and contraception

Private and state-sponsored sexual advice for young couples preparing for marriage does exist, but it is largely restricted to the sexual act on the wedding night and contraception.

A matter for the state?

Iran′s rulers regard the control of citizens' morality as one of their main tasks. The state pays out millions to a censorship authority to ensure that "sexually arousing terms" – including bosoms, thighs, red lips, pubic hair – appear neither in schoolbooks, nor in artistic or literary works.

But it is not just the state clinging to rigid ideas of morality; the majority of society holds the same views. In Iran, naming the sexual organs – "Kir" (penis) and "Kos" (vagina) – in public causes outrage. There are countless absurd euphemisms for them, the most common being instruments of procreation.

Writers and artists frequently complain that it is not just state censorship but the "bigotry" and "prudishness" of society that places limits on creative people. They deplore the authoritarian structures that they say have forced artists to practise serious self-censorship.

The problem also exists outside Iran: there is no public discourse about sexuality among Iranians living abroad, either. The four to six million Iranians of the diaspora have not yet taken any substantial steps towards achieving sexual enlightenment in Iran.

The Swedish-Iranian sociologist Mehrdad Darvishpour has looked into the subject and discovered that: "Despite the relative sexual freedom in the West, conservatism and reticence can be seen among Iranians in exile. And so you turn your attention to other subjects; sexual enlightenment is only a peripheral consideration." The opposition in exile has always been engaged in a political battle with the Iranian regime, Darvishpour says. "But just because their political positions differ doesn't mean that the opposition takes a different line from the regime on all social issues."

The oppositional groups abroad are also "male-dominated, with largely patriarchal structures" according to Darvishpour. The majority opinion among the opposition is "that sexuality is an exclusively private matter." Recent academic studies show, however, that sexuality is an important instrument in the exercise of power, as the sociologist explains: "For example, there are opposition groups like the People′s Mujahedin, who maintain strict control over the sexuality of their members and even carry out enforced divorce. Here, a private matter like marriage is turned into an ideological symbol."

Since Ali Khamenei, Iran's most powerful man, has openly and unconditionally come out in support of Putin's war in Ukraine, logistical help is on its way, with an allegedly ... END_OF_DOCUMENT_TOKEN_TO_BE_REPLACED

A sci-fi film lampooning the Islamic Republic and all that its regime holds sacred premiered quietly at a nondescript venue in Los Angeles in July. The title, “Velayatnameh”, is a ... END_OF_DOCUMENT_TOKEN_TO_BE_REPLACED

The Palestinian militant organisation Hamas, with Hezbollah's help, is building up a military presence in Lebanon, the ultimate consequences of which could be devastating, writes ... END_OF_DOCUMENT_TOKEN_TO_BE_REPLACED

With his fist bump greeting for a man he previously called a pariah, US President Biden has paved the way for Saudi Crown Prince Mohammed bin Salman's return to the international ... END_OF_DOCUMENT_TOKEN_TO_BE_REPLACED

Days of protests across Iran followed the collapse of a high-rise building in the city of Abadan in May 2022. But why has the disaster become such a political issue? Rahman ... END_OF_DOCUMENT_TOKEN_TO_BE_REPLACED

Millions in Idlib depend on aid coming through a northern border crossing. On 10 July, the UN Security Council votes whether to keep it open. The decision may hinge not only on ... END_OF_DOCUMENT_TOKEN_TO_BE_REPLACED
Author:
Shahrzad Osterer & Farhad Payar
Date:
Mail:
Send via mail

END_OF_DOCUMENT_TOKEN_TO_BE_REPLACED
Social media
and networks
Subscribe to our
newsletter