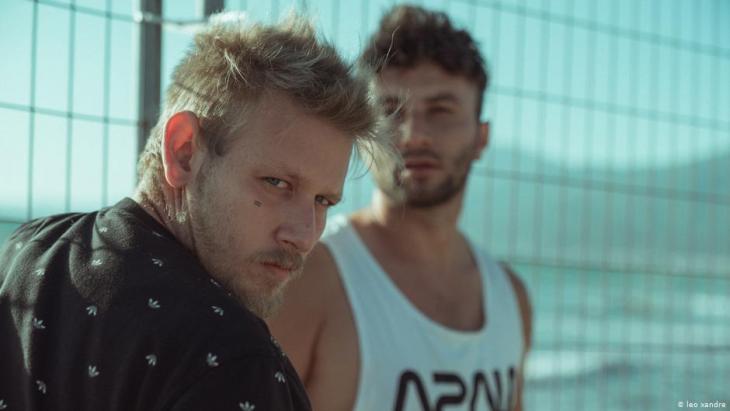 Shaking the status quo in Turkey
#Susamam rappers: "Turkish society is on our side"

#Susamam has had more than 25 million clicks on YouTube. The musicians' message to their fellow citizens: "Don't remain silent!" The ruling AKP party in Turkey feels provoked; the Turkish press has even admonished Deutsche Welle

The socially critical rap song "#Susamam" (I can't remain silent) has obviously hit a nerve with the Turkish population. In less than a week, the music video has gone viral. It's been viewed more than 25 million times on YouTube; it's been "liked" more than 1.5 million times.

An exclusive report by Deutsche Welle immediately following its release also sparked an intense response: DW interviewed four of the rappers involved and posted a video with the interviews on social networks. Since then, it's been viewed nearly 500,000 times on DW's YouTube channel and re-tweeted thousands of times.

The 15-minute song is elaborately produced: 18 rappers took part in the joint production, which was released exactly at midnight from last Thursday to Friday. The video paints a gloomy picture of Turkey and a host of grievances: murders of women, the destruction of the environment, cruelty to animals, nepotism and police violence – hardly a current problem in Turkey remains unmentioned in the music clip.

"Many artists are concerned with such topics in these difficult times," the rapper duo Tahribad-i Isyan, who contributed to the song, told DW.

"But since our rights are severely restricted at the moment, no one has dared to open their mouths yet. The song enables us to finally send out a signal against injustice."

Society needs to break the silence

According to the makers of the video, not only artists, but society as a whole needs to break the silence. In one song passage, rapper Saniser, who initiated the project, turns to viewers and sings: "You haven't raised your voice, so it's your own fault!"

This is how the artists Tahribad-i Isyan see it. Their goal is to reach hundreds of thousands more people with their song: "Our children should grow up in a more beautiful world," they said. "With our message, we want to sharpen the consciousness of the youth. We want to motivate people to speak out immediately as soon as they recognise injustice."

The "#Susamam" song, which relentlessly criticises the political and social conditions in Turkey, does not make use of any messages from political parties. There is no direct reference to the government or to Turkish President Recep Tayyip Erdogan in any of the lyrics.

Nevertheless, the press close to the government strongly attacked the video and accused the rappers of co-operating with terrorist organisations. The pro-government newspaper Yeni Safak described the video as a "joint production" by left-wing extremist fringe groups as well as by the banned Kurdish Workers Party (PKK) and the Gulen movement — both classified by Turkey as terrorist organisations. In addition, the artists involved are portrayed as criminals.

DW's coverage has also been criticised. "The video has spread with the help of international media houses such as Deutsche Welle and the BBC," the pro-government newspaper wrote. The BBC had also interviewed some of the rappers immediately following the music video's release.

AKP supporters launched a counter-campaign on Twitter. Under the hashtag "Sustunuz" – "you have remained silent" – Islamic conservative users point out that the rappers did not speak out against the coup attempt of 2016 or regularly occurring PKK terrorism. Hamza Dag, deputy party leader of the ruling AKP party, wrote on Twitter: "Art should not be misused for provocation and political manipulation."

No fear of the Turkish judiciary

"#Susamam" is also a sensation because the 18 rappers have done what few in Turkish society have dared to do: they are relentlessly critical of the political conditions and problems, despite the high risk of prosecution.

It cannot be ruled out that the rappers will be persecuted by the Turkish judiciary because of the music video. The video could be interpreted as "terrorist propaganda" or as "support of a terrorist organisation" and could result in imprisonment.

Despite the risk, the rappers remain unflinching in their attitude. Rapper Fuat: "We will continue on our path. We are not afraid." Rapper Ados expressed himself in equally determined fashion: "Society is on our side, the people are behind us; so we don't have to fear being investigated." He said it was a mistake to have remained silent for so long.

Relations between Turkey and Russia are ambivalent. Moscow is nonetheless trying to prop up the leadership in Ankara. Elections are to be held in Turkey in June – and the last ... END_OF_DOCUMENT_TOKEN_TO_BE_REPLACED

All eyes in Turkey are on a court hearing scheduled for January 30 into a child abuse case that allegedly occurred with the knowledge of one of Istanbul's most powerful Islamic ... END_OF_DOCUMENT_TOKEN_TO_BE_REPLACED

Any reconciliation between Turkey and Syria’s Assad regime would have disastrous consequences for many Syrians, explains Syria expert Kristin Helberg END_OF_DOCUMENT_TOKEN_TO_BE_REPLACED

The poetry of Pir Sultan once prompted uprisings in the Ottoman Empire. To this day, Alevis identify with him. Rainer Hermann visited Mehmet Celebi, a direct descendant of the ... END_OF_DOCUMENT_TOKEN_TO_BE_REPLACED

There are signs of an imminent normalisation of relations between Turkey and Syria. This would allow Erdogan to score political points domestically before the upcoming elections ... END_OF_DOCUMENT_TOKEN_TO_BE_REPLACED

Turkey will mark the centenary of the proclamation of the Turkish republic in October. But 2023 will be an important year in another respect too: Turks will go to the polls in ... END_OF_DOCUMENT_TOKEN_TO_BE_REPLACED
Author:
Aydin Ustunel and Gezal Acer
Date:
Mail:
Send via mail

END_OF_DOCUMENT_TOKEN_TO_BE_REPLACED
Social media
and networks
Subscribe to our
newsletter