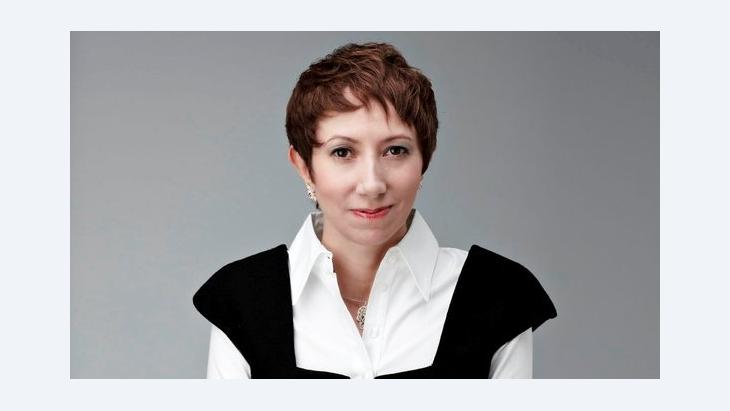 ﻿Journalist Shereen El Feki feels that the taboo surrounding all subjects relating to sexuality in public discourse in the Arab world is not only an ideological deficit, but also dangerous, due to what she sees as a shocking lack of knowledge across the board. Claudia Kramatschek read her book

It was certainly a symbolic moment: at the peak of the Arab rebellion, women and men were able to protest peacefully along side each other day and night on Cairo's Tahrir Square. Even before the end of Mubarak's rule, a new and more open society seemed possible.

So the shock was all the greater when pictures emerged a short time later of young men attacking a woman in hijab on the edge of the square, undressing her in public.

This episode made it instantly clear that the political revolution had to be followed by a social revolution, to effect far-reaching changes in fixed gender relations and give women and men equal rights and privileges.

This is the thesis on which the book Sex and the Citadel is based, a book about – as the title has it – "intimate life in a changing Arab world". The author is Shereen El Feki, a renowned immunologist who also writes journalism, among others for Al Jazeera, and also occupies a trans-cultural position as a half-Egyptian woman. In other words, she has a dual perspective: one of empathy and distance at the same time. Her tone is both objective and focused entirely on facts and figures; yet it is refreshingly provocative, particularly because she does not mince words. An example from her book:

​​At times, El Feki's avowals of a once golden age of Islam, in which the faith was sexually open, become slightly grating. What is interesting, however, is her thesis that the Arab world rewrote its own sexual history during the course of colonialisation; cleansing it, in other words.

One hardly need mention that El Feki is of the opinion that the Muslim Brotherhoods' growing influence has helped turn sexuality into a minefield. Even today, she writes, marriage is the only accepted parameter for sexuality, with anything else haram, i.e. impure and therefore forbidden.

For El Feki, the taboo nature of these topics in public discourse is not only an ideological deficit; it also has specific and often outrageous consequences, due to what she sees as a shockingly widespread lack of knowledge. Girls think they can get pregnant if their underwear is washed together with men's underwear, for instance. Infection rates for HIV are rising, for example, because both sex education and condoms are considered western and thus haram.

The most pressing needs, El Feki concludes, are therefore sexual education combined with general education and an economic upturn. Only then, she writes, will the path be cleared for a society concerned with much more than the right to sexual freedom, namely also with the right to be respected as a person.

At the same time, it is this basic desire for recognition of one's own humanity that connects East and West – perhaps the most banal and the most important understanding that this book has to offer western readers.

Shereen El Feki: Sex and the Citadel. Intimate life in a changing Arab world. Published by Chatto & Windus in the UK, March 2013.

Abortions are illegal in Egypt unless they are necessary to save a married woman's life. But that doesn't stop local women from having one. Egyptian society needs to acknowledge ... END_OF_DOCUMENT_TOKEN_TO_BE_REPLACED

Food prices doubled, salaries halved, banks restricting withdrawals: Egyptians now have the same problems as the Lebanese. But if things get worse here, the fallout will be far ... END_OF_DOCUMENT_TOKEN_TO_BE_REPLACED

Giessen, Eichsfeld, Kusel, Berlin – cars bearing old German number plates are the latest trend on the streets of Cairo. Many Egyptians regard the discarded plates as chic. What ... END_OF_DOCUMENT_TOKEN_TO_BE_REPLACED

Egyptian Sufis have been on the defensive against the country's Islamists for decades. Meanwhile, interest in mysticism is growing among the young members of Cairo’s middle and ... END_OF_DOCUMENT_TOKEN_TO_BE_REPLACED

Chinese President Xi Jinping's visit to Saudi Arabia in December 2022 may have rattled Washington, but it simply highlighted the Arabs’ desire to diversify their foreign relations ... END_OF_DOCUMENT_TOKEN_TO_BE_REPLACED

END_OF_DOCUMENT_TOKEN_TO_BE_REPLACED
Social media
and networks
Subscribe to our
newsletter