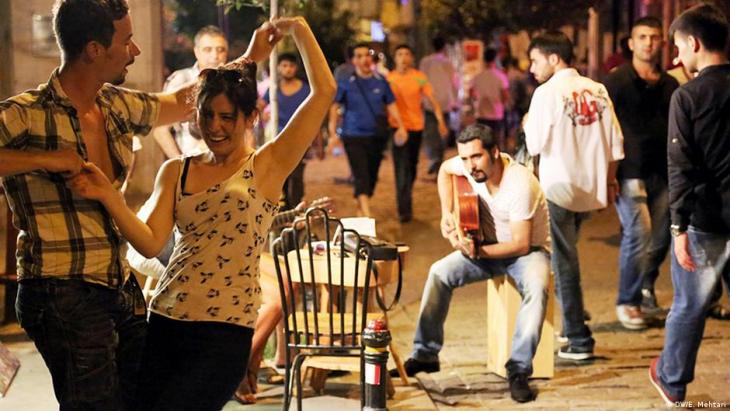 Turkish pop singer Seref Erdeniz had run out of options by the time he sold his guitar to pay the bills in the second year of coronavirus bans on live music. Most frustratingly for the fresh-faced 34-year-old, the buzzing bars of Istanbul that he once played in are back open as Turkey pulls out of the pandemic's third wave.

Yet musicians such as Erdeniz are still prohibited from performing in them – for reasons neither they nor leading epidemiologists can understand.

"It was a difficult moment for me. I had been playing that guitar for many years on stage," Erdeniz told journalists, his voice crestfallen. "I used to write songs on it."

The nation of 84 million entered its first full lockdown last month after reporting more than 60,000 infections daily and seeing the official death toll approach 50,000. It was a bruising blow aimed at saving Turkey's economically vital tourism season, and it seems to be paying off.

Infection numbers are now one-tenth what they were in May, and everything from health clubs to bars and restaurants has re-opened, with some capacity limit rules.

The musicians feel unfairly singled out. Seeing no logic in the state's approach, many blame their plight on President Recep Tayyip Erdogan's conservative politics, opening a new culture war in the sharply polarised, mostly Muslim but officially secular country.

Singer Hakan Altun made headlines with a protest in which he cut the strings of his guitar while seated under a picture of the modern Turkish state's revered secular founder, Mustafa Kemal Ataturk.

And politically outspoken superstar Tarkan – known globally for the 1997 earworm "Kiss Kiss" – accused the government of being "disrespectful to art and artists".

Without other sources of income, lacking insurance and not qualified for state benefits or bank loans, Turkish musicians have suffered more than most in COVID times. Media reports say that more than 100 have committed suicide since March 2020.

In April, musicians dressed in black held a symbolic funeral in the capital Ankara, burying their instruments to protest performance bans. Some more established artists have put their instruments up for sale to raise money for struggling colleagues.

"There are heartbreaking stories," said Vedat Sakman, 71, an artist who rents a cafe with a performance stage in the lively Kadikoy district on the Asian side of Istanbul. "There are musicians who apply to the city so that they can pay their 100-lira ($11) water bills in instalments."

Sakman said that the last time he could recall the Turkish music scene being in such peril was during the 1980 military coup.

"In those days, we would close the doors and perform from midnight until 5:00 a.m. But now it is much worse. There is nothing – nothing," he said.

The discontent is reflected in Erdogan's approval numbers, which are the lowest of his 18-year rule. He has come under particular criticism for speaking before packed stadiums of party faithful in winter rallies held when almost everything else in Turkey was closed.

The ban on live music in bars has added to a sense of injustice and of an ad hoc approach to public health.

"This is nonsense," said Bulent Ertugrul, a professor and board member of the Turkish Society of Clinical Microbiology and Infectious Diseases. "If you justify (the music ban) by citing the risk of contagion, then you also have to close everything else down," he told journalists. "It does not fit the scientific facts."

The seeming lack of medical justification for the ban has fed speculation that Erdogan's government is playing to its conservative voter base.

Musicians "symbolise the 'secular' and inappropriately 'hedonistic' lifestyle that the government dislikes," said Dogan Gurpinar, a historian at Istanbul Technical University. "It is not surprising to see the government reflect its cultural preferences whenever it has the chance."

But it has also offered an opening for the main opposition party, which wrested control of Istanbul from Erdogan's ruling AKP in a hugely controversial election in 2019.

The city last month launched a project dubbed "Istanbul is a Stage", allowing musicians to sing and dance on open squares. "We pay 2,000 liras ($240) to every performer," said Bulent Kavalci, in charge of the municipality's cultural venues.

At Kadikoy square, not too far from Sakman's struggling cafe, musician Ozge Metin sang to a dancing crowd on a radiantly sunny day.

"We have not been able to perform for 15 months," she said ahead of the concert. "All the restaurants and cafes are open but we cannot perform. This makes us wonder why."

Many in the crowd aired their grievances against Erdogan's government, hinting at the fight he has on his hands in a general election in two years' time.

"I tell all my (struggling) friends: We have survived coups and even tougher days," he said. "We have always found a way, and you will too."    (AFP)

END_OF_DOCUMENT_TOKEN_TO_BE_REPLACED
Social media
and networks
Subscribe to our
newsletter