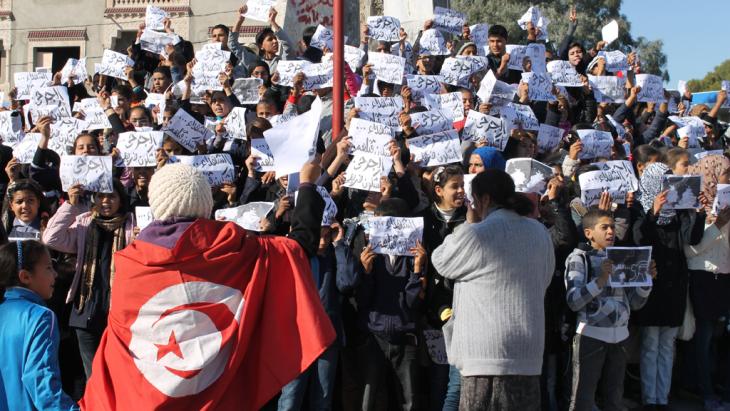 Social Fabric and Solidarity in the Arab World

The Indifference of the Arab Middle Class

The upheaval in the Arab world has radically changed the fabric of society there. The Arab Spring has been followed by a shift in affinities towards people's kinship and religion. Moreover, the recent civil war in Syria has shown that Arab solidarity is a myth. An essay by Sami Mahroum

In Democracy in America, Alexis de Tocqueville argued that the public's trust alleviates pressure on the state, allowing it to function more effectively. This should give some comfort to governments in the Arab world, where a 2012 survey of young people showed 72 per cent of the respondents expressing greater trust in their governments. But what then accounts for the continuing civil turmoil and government paralysis in the Arab-Spring countries?

A more recent version of the survey provides some clues. A large majority of Arab youths, around 70 per cent, say that they are most influenced by parents, family and religion, whereas only about a third report that elite groups – writers, business leaders, community leaders and media outlets – have any influence on their outlook on life. Indeed, just 16 per cent reported that pop stars influenced their outlook.

These figures provide some useful insights into the evolving social fabric of Arab societies. Normally, people are open to influence from those whom they trust and wish to emulate. The fact that a large majority of Arabs turns to family and religion is highly revealing.

Arab societies, particularly those in turmoil, are regressing to what another French social theorist, Émile Durkheim, called "mechanistic solidarity". This is social solidarity that evolves along lines of kinship and religion, underpinned by a sense of belonging to the same "homogenous" group. Durkheim contrasts this phenomenon with the more progressive "organic solidarity" that evolves in modern societies according to people's professional and functional relationships. 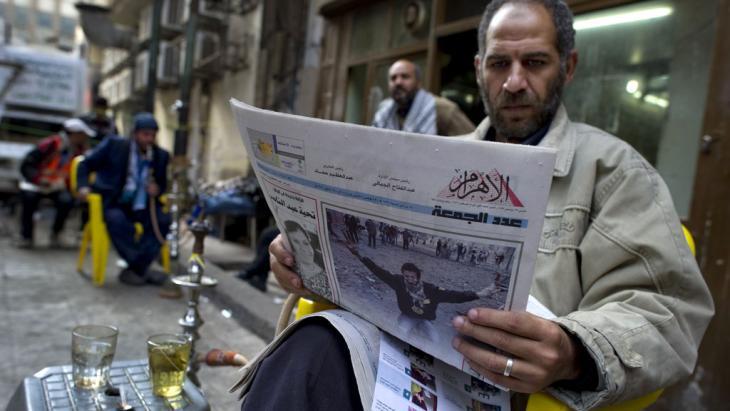 Sami Mahroum is convinced that while international efforts to foster democracy and effective government in the Arab world are valuable, what the region needs most urgently is a programme of job creation and economic growth

In times of elevated risk – whether real or perceived – people begin to organise increasingly on the basis of homogenous identities. As a result, "mechanistic solidarity" grows stronger at the expense of "organic solidarity". The trend is often accelerated by the loss of jobs, which often leads people to abandon their professional and functional identities in favour of identities based on ethnicity, kinship or religion.

A dramatic manifestation of the mechanistic pattern of solidarity is now emerging in Syria as well. While Syrians have been facing death, violence and displacement for more than two years, the international community has been busy debating the nature of the Syrian rebels. Left to its fate, Syrian society began to disintegrate and reorganise on a sectarian basis. As the conflict intensified, established profession-based identities began to disappear, giving way to family, regional and religious solidarities.

Civil-society and professional groups have been unable to respond in a way that maintains organic social cohesion, owing to a lack of resources, weak capacity, or both. Mechanistic solidarity has emerged as a more effective means to mobilise people and resources. 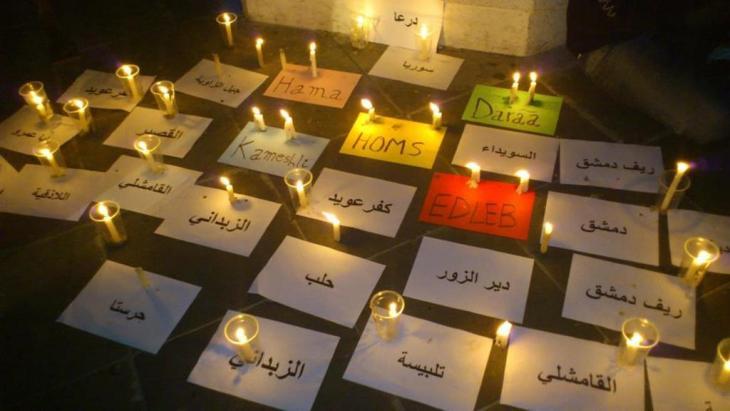 The names of Syrian cities where people have been massacred written out on cards for a candle-lit vigil: according to Sami Mahroum, unlike media outlets with close religious and sectarian ties, the mainstream Arab media has not made any considerable efforts to raise money for Syrian refugees

At the heart of the crisis is a strong element of indifference. For example, the role of the Arab middle class has been notably muted in efforts to support Syrian refugees. The American actress Angelina Jolie's highly publicised visits to Syrian refugee camps in Jordan and Turkey underscored the near-absence of similar awareness campaigns by Arab celebrities.

Indeed, while millions of Arabs tune in weekly to watch and vote for their favourite singers on the Arabic version of The Voice and Arab Idol, a fund-raising campaign for the benefit of Syrian refugees has yet to be organised. By contrast, TV channels with specific religious and sectarian affiliations have been very active, including on social media, in fundraising efforts. It is perhaps not surprising then that most Arab youths do not see role models beyond their close social circles.

In short, Arab countries are haemorrhaging social capital, which can significantly derail economic recovery and state-building. As the Nobel laureate economist Kenneth Arrow argued in 1972, "much of the economic backwardness in the world can be explained by the lack of mutual confidence."

Against this backdrop, the recently announced Arab Stabilisation Plan, an Arab-led private-sector initiative aimed at creating tens of thousands of jobs through large-scale infrastructure investment, is exactly the type of action needed to preserve social cohesion. International efforts, led by the World Bank and other international donors, have tended to focus on strengthening relations between the state and its citizens in order to achieve "Tocquevillian" gains – i.e. operational democracy and effective government. But what is urgently needed is a strong complementary focus on job creation to preserve and foster Durkheim's organic solidarity.

While Bashar al-Assad is still shunned by the West, which blames him for a decade of brutal war in Syria, a shift is under way in the Middle East, where Arab allies of the United ... END_OF_DOCUMENT_TOKEN_TO_BE_REPLACED

Western states have fought against terrorism not only in Afghanistan, but also in Syria and Iraq – leaving behind people who were once their partners in fear and poverty. Hisham A ... END_OF_DOCUMENT_TOKEN_TO_BE_REPLACED

Berlin's annual Human Rights Film Festival closed at the weekend. One entry to the festival was the documentary "Captains of Zaatari". Its Egyptian director Ali El Arabi focuses ... END_OF_DOCUMENT_TOKEN_TO_BE_REPLACED

"The people aren’t ready for democracy" has been the constitutional basis for Arab tyranny, its favourite slogan and its sacred narrative for more than a century. Yet, asks Khaled ... END_OF_DOCUMENT_TOKEN_TO_BE_REPLACED

Germany’s electorate includes some 7.4 million citizens with international roots, while many more millions of residents from abroad aren’t allowed to vote. Both groups are often ... END_OF_DOCUMENT_TOKEN_TO_BE_REPLACED

International relations are shifting across the Middle East as regional powers adapt to America's retrenchment and China's growing influence. Although the region could become the ... END_OF_DOCUMENT_TOKEN_TO_BE_REPLACED
Author:
Sami Mahroum
Date:
Mail:
Send via mail

END_OF_DOCUMENT_TOKEN_TO_BE_REPLACED
Social media
and networks
Subscribe to our
newsletter