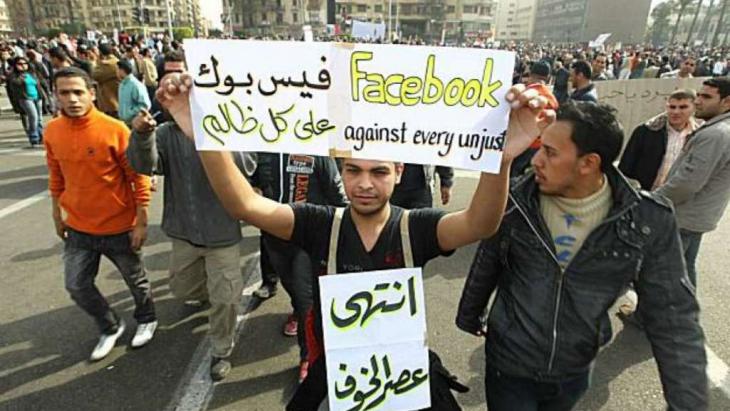 Social media and the Arabellion
The myth of the Facebook revolution

Today, six years after the so-called Facebook revolutions of the Arab Spring, the hopes once placed in the social media have largely vanished. Authoritarian regimes in the region have long since succeeded in taking control of these channels and using them for their own ends. By Niklas Kossow and Ilyas Saliba

The Arab uprisings six years ago triggered a huge upsurge of hope. After the three major "waves" of democratisation, there was optimism that democracy would now finally prevail in the Middle East as well. Social media platforms such as Facebook, Twitter and others became new sources of information and communication channels. In addition, they opened up new ways for Arab civil society to organise and network.

These new media offered the advantage of being harder for authoritarian states to censor than the traditional, stringently monitored media channels. The use of Twitter during the "Green Revolution" in Iran in 2009 and the upheavals in the Republic of Moldova the same year was interpreted ex post facto as a positive harbinger for the so-called Facebook revolutions in Tunisia and Egypt.

At first, this mood of optimism seemed justified. In Tunisia, where the Arab uprisings got their start, social media helped citizens keep each other informed about the protests. And the demonstrations on Cairo's Tahrir Square were likewise planned for the most part via Facebook.

As early as the summer of 2010, protesters in Alexandria were already using the Facebook group "We are all Khaled Said" to organise demonstrations against police violence. When the protests in Tunisia spread to Egypt in January 2011, the April 6 Youth Movement again used groups on Web 2.0 to schedule demonstrations and call for participation.

In Ukraine as well, social media became an important instrument of the protest movement that led to the so-called "Revolution of Dignity" in 2014. The demonstrations on Maidan Square in Kiev got underway after the journalist Mustaffa Nayyem posted a call on Facebook for people to join in the protests. Social media have thus come to the aid of activists from Cairo to Kiev, helping them to coordinate their actions and carrying their message from Maidan Square and Tahrir Square out to the rest of the world. 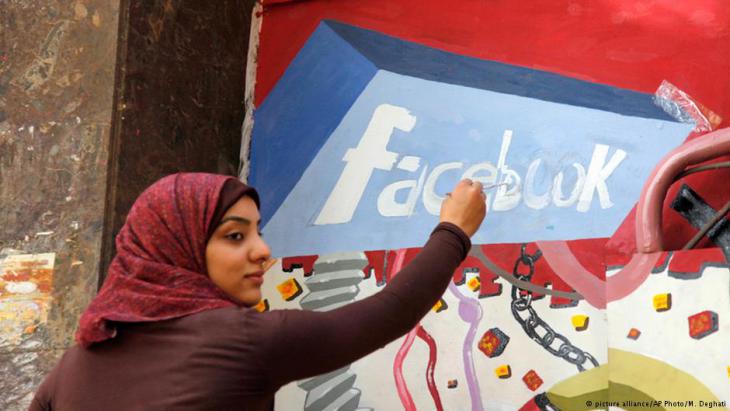 Social media played a leading role during the revolutions of the last decade. Both on Tahrir Square in Cairo and the Maidan in Kiev, Facebook and Twitter were key instruments in the mobilisation of opposition forces. Yet those activists using social media for political purposes have recently found themselves being hounded. Social media remain simply channels – used by both governments and activists to achieve their ends

Now, however, six years after the events on Tahrir Square, the mood of optimism has long since evaporated. The so-called "Facebook revolutions" ultimately met with little success in the Arab world. In some countries in North Africa and the Middle East, the protests for bread and freedom were even answered with political violence and extremism.

Most of the authoritarian governments in the region were able to withstand the pressure of the protests. In Egypt, the first democratically elected President was deposed in a coup after only one year in office. Since then, the military is once again at the helm in Cairo and more human rights violations are being perpetrated on the Nile than ever before, according to estimates by human rights organisations.

Fewer and fewer people today believe in the effectiveness of social media as a tool of revolution. Its use was only one of many factors in the emergence of revolutionary movements and the overthrows of ruling regimes in the 21st century. In the meantime, there are growing indications that it was probably too hasty and simplistic to give Facebook and Twitter the credit for the upheavals described above.

The reaction strikes back

The fact is that authoritarian regimes have also long since recognised the importance of social media. State security forces rapidly caught up with the latest developments and learned how to make use of social media to achieve their own ends. 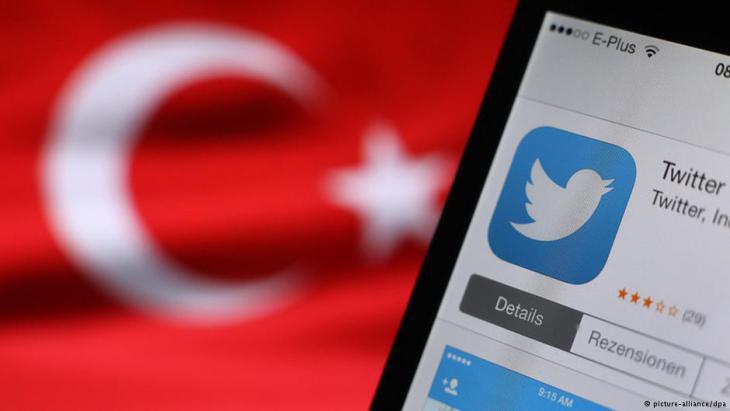 Shaping the news to suit Erdogan′s political agenda: since February 2014, legislation has been in force in Turkey which gives the government greater control over the Internet. Prior to local elections in March 2014, the regime blocked both Twitter and YouTube. This was in reaction to recordings of phone conversations circulating on social media which suggested that the then prime minister, Recep Tayyip Erdogan, was involved in corruption

Their initial aim was to monitor Web 2.0 and in some cases to control social media channels through censorship. In Turkey, for example, not only numerous websites but also social media sites are blocked as a knee-jerk reaction in times of crisis, in order to ensure that Erdogan's regime keeps control over which information reaches the public.

Erdogan in good company with this practice of blocking internet and communication channels. In Egypt, for example, the Mubarak regime shut down the mobile communications network in 2011. Such internet shutdowns are often accompanied by campaigns of state-sanctioned violence against protesters or dissidents.

In China, the Great Firewall keeps news sites like Facebook, Instagram and Twitter out of the Middle Kingdom, which has led to the development of local alternatives such as Sina Weibo and WeChat. These local channels work together with the Chinese government and implement state censorship. Under pressure from the Russian authorities, the Russian network VKontakte was sold to investors close to the government. Now it is assumed that the Russian government uses the network to spy on opposition activists.

Activists using social media to express their political opinion or to organise, or even to mobilise with like-minded persons, do so at their own risk – and not only in Russia. This use of social media is also increasingly dangerous in Egypt. In December 2016 alone, more than 163 Facebook pages were blocked by the Egyptian Ministry of the Interior. Many people have been arrested for acting as administrators of Facebook groups or due to specific posts. In 2014 a former military service provider landed in jail for an image he shared on social media showing President Sisi with Mickey Mouse ears.

Dissidents and critical voices in Egypt that share their opinions on social media can expect draconian penalties now that the new cyber-crime law has been enacted. And the Egyptian Ministry of the Interior has issued a secret call for tender – which in the meantime has come to light – looking for comprehensive monitoring software for social media, including training for the ministry staff. 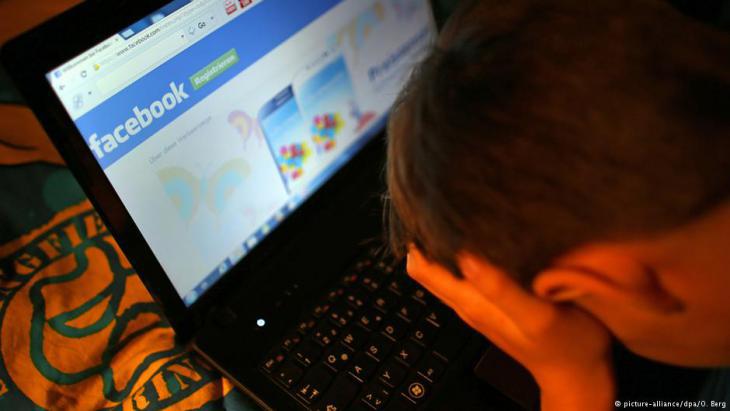 Facebook revolutions have always been a myth. All sides are capable of using social media for their own ends. Indeed security forces and sources of state propaganda are just as likely to avail themselves of their benefits – in short: social media are not revolutionary catalysts

Furthermore, some governments are using social media more and more for their own propaganda. Bashar Al-Assad has an Instagram account, as does Chechen dictator Ramzan Kadyrov.

There is evidence in Russia of the use of so-called troll factories in which hundreds of paid internet activists endorse on social media and blogs as well as in the comment columns on news sites the positions taken by the Russian government. This gives readers the impression that support for the regime is greater than it really is. The government is thus making sure not to leave the online world in the hands of its opponents.

Activists have likewise learned a thing or two. The use of VPN servers to avoid censorship is already a mass phenomenon. Many are also using the so-called "Tor" project to cover their tracks. The system redirects internet connections so often that the user can no longer be tracked.

Other encryption technologies are also spreading rapidly. The secure communication application "Signal", which even comes recommended by Edward Snowden, was recently blocked by the Egyptian authorities.

Nevertheless, social media can still function as an effective means of co-ordination between individuals in civil society, because they foster the mobilisation of activists in authoritarian states. However, even authoritarian regimes have recognised the signs of the times and are massively upgrading their capabilities for monitoring social networks.

Facebook revolutions are and always have been a myth. This is because social media are not used only by one side in a struggle. They are not purely a catalyst for revolutionary movements, but can in the meantime also be used as a tool by security agencies and state propaganda. Revolutions thus do not get off the ground through social media – but they will not take place in the 21st century without it either.

Ilyas Saliba is a doctoral student at the Berlin Graduate School for Social Sciences at Humboldt University and a research associate in the research unit for Democracy and Democratisation at the Berlin Social Science Center (WZB). He does research on the consequences of the Arab uprisings and is particularly interested in the various strategies used by authoritarian regimes to deal with protests.

Niklas Kossow is a doctoral student at the Hertie School of Governance in Berlin and does research for the European Research Centre for Anti-Corruption and State-Building on the role of social media in combatting corruption and in democratisation in the post-Soviet states.

Iran has withdrawn its participation in the Frankfurt Book Fair, accusing the event of meddling in the country's domestic affairs. Organisers have denied the accusation. By ... END_OF_DOCUMENT_TOKEN_TO_BE_REPLACED

Analyst Iyad El-Baghdadi examines the ongoing tensions between the United States and the two Gulf states – Saudi Arabia and the UAE – and their geopolitical implications in ... END_OF_DOCUMENT_TOKEN_TO_BE_REPLACED

From the Euphrates to the Mekong, dams that ensure one country's water supply risk leaving others parched. But shared water resources can be a source of peace as well as conflict ... END_OF_DOCUMENT_TOKEN_TO_BE_REPLACED

For over fifty years, British photographer Peter Sanders travelled across the Middle East and further afield, seeking out the saints of Islam. His work uncovers a little-known ... END_OF_DOCUMENT_TOKEN_TO_BE_REPLACED

END_OF_DOCUMENT_TOKEN_TO_BE_REPLACED
Social media
and networks
Subscribe to our
newsletter