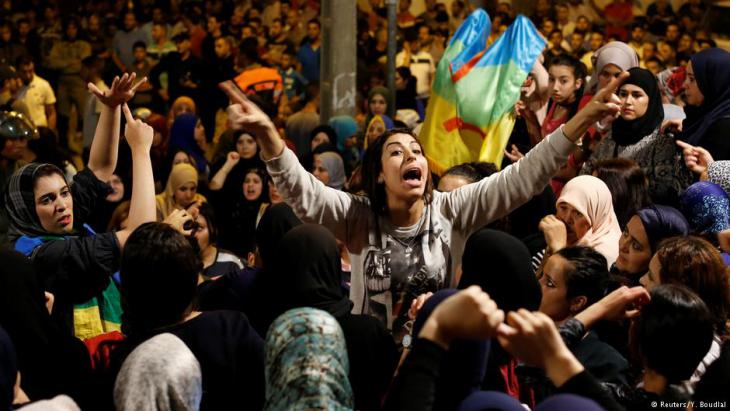 Social unrest in the Arab world
Guilty of gross negligence

The ongoing protests in North Africa reveal the extent of the failure of government there. Never before have corrupt elites been so alienated from the social realities of the ordinary people, says Loay Mudhoon

When the Arabellion broke out in 2011, the largest mass mobilisation of Arab peoples in recent history, some observers said that the main obstacle to successfully overcoming authoritarian rule was the huge ideological gap between the ruling elites and the masses. This alienation was allegedly manifested in Arab societies by the secularism of the power elites versus the religiosity of the wider population.

And things certainly appeared that way following the first setbacks experienced by the Arab states in transition. After the long-standing dictatorships had been toppled in Egypt and Tunisia, the heterogeneous protest movements no longer had a common enemy. The sponsors of the Arab revolt increasingly became entangled in ideological trench warfare.

This polarisation in society between a conservative Islamist camp on the one side and a secular camp on the other ultimately contributed to the current failure of the Arabellion. In Egypt, the old, ostensibly secular, power elite took the reins again after the military coup in the summer of 2013, while Libya and Syria descended into internecine civil war.

Amazingly enough, the North African countries by contrast survived the turmoil of revolutionary dynamics relatively unscathed. Things remained more or less tranquil in Algeria for fear of renewed civil war and in Morocco, King Mohammed VI took the bull by the horns in 2011. Effectively warding off mass protests, he relinquished some of his powers by way of a constitutional amendment designed to turn the country into a constitutional monarchy. 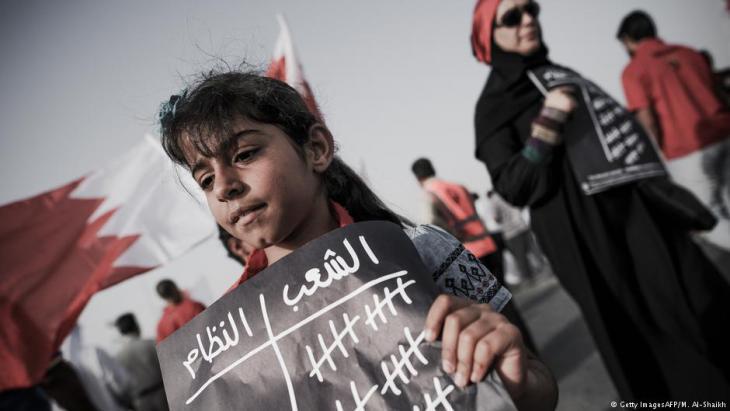 However, ever since the governmental crisis following the parliamentary elections in August 2016 and the dismissal of the popular Prime Minister Benkirane, we know that the hope for real change has obviously not been fulfilled. The strategy of the palace and its networks continues to aim at weakening any politically autonomous power, such as the ''Party for Justice and Development'' (PJD), while stifling the organisation of independent trade unions. Morocco is thus now set for a return to old-style authoritarian rule.

That leaves Tunisia as the only hope still glimmering from the Arabellion. Despite major economic problems and destabilisation attempts through jihadist terrorist attacks, the country continues to offer the best conditions for successful democratisation in the Arab world.

Elites divorced from the social realities

It was of course unrealistic to believe that the heavy legacy of dictatorship could be cast off without heated social conflicts. These clashes were unavoidable as Arab societies strove to find a new identity and reorient themselves after half a century of authoritarian rule. 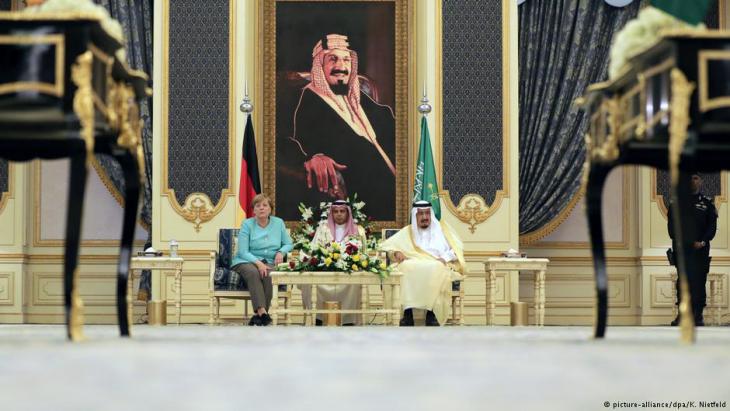 Illusion of stability: "unconditional co-operation with supposedly ′stable′ dictatorships, on the other hand, could prove a perilous adventure,″ warns Loay Mudhoon. "Co-operation with the states in North Africa and the Middle East should therefore aim to make the state institutions, administration and infrastructure more efficient, more citizen-friendly and less corrupt″

And yet blaming only the ideological confrontation between secularists and Islamists belies the true causes of the current plight. Following the epoch-making upheaval, there was naturally a need to conceive a new understanding of government and above all a new social contract that would help people to overcome the huge division between the governed and the governing.

The ongoing protests in North Africa, above all in Morocco, reveal the extent of the failure to devise a new form of government there. Never before have (corrupt) elites been so alienated from the social realities of the ordinary people. Never before have there been such stark differences between rich and poor, city and countryside.

More than one fifth of the Moroccan population lives below the poverty line and rural areas such as the Rif region have suffered state neglect, lack of investment and high unemployment for decades. The situation is further exacerbated by the arbitrary decisions made by the authorities and by widespread corruption.

There can be no doubt that we are witnessing today a major socio-economic crisis in North Africa and the Middle East. One in three Arabs is under 23 years of age: the Arab world will need at least 50 million jobs over the next 20 years and nobody knows where they will come from. Over the years, the authoritarian regimes have not only revoked the social contract; the ruling (military) elites have been exploiting state resources for their own benefit – thus aggravating the crisis of fragile statehood in the region.

What should Europe do?

The European Union has no other choice than to work towards strengthening the remaining governments. Any form of co-operation with the states in North Africa and the Middle East should therefore aim to make the state institutions, administration and infrastructure there more efficient, more citizen-friendly and less corrupt. In the process, attention must be paid to compliance with standards of good governance.

Unconditional co-operation with supposedly ′stable′ dictatorships, on the other hand, could prove a perilous adventure.

Home
Print
Newsletter
More on this topic
Morocco and the return of autocracy: Playing with fireArab identity crisis: What is left of the Arabs?Al-Sisi's Egyptian crisis: ″Where are the youth?″Post-Arabellion reform deadlock: The logic of power
Related Topics
Arab Spring, Arab world, Arabellion, Democracy and civil society, Economy, Human rights, Media in the Arab World, Mohammed VI of Morocco, Rule of law, Social movements
All Topics

Algeria‘s regime is again cracking down on anti-fracking activists and the unemployed in the country‘s south. Yet EU countries remain keen to scale up their energy cooperation ... END_OF_DOCUMENT_TOKEN_TO_BE_REPLACED

The murder of a female student at Mansoura University in the Nile Delta has sparked a long overdue debate on femicide in Egypt. Karim El-Gawhary reports from Cairo END_OF_DOCUMENT_TOKEN_TO_BE_REPLACED

Syria, Egypt, Saudi Arabia and the UAE are among those countries increasingly misusing cybercrime legislation to silence dissent and curb freedom of speech. Could a new global ... END_OF_DOCUMENT_TOKEN_TO_BE_REPLACED

Egypt hopes to jump-start the action needed to face a warming world when it takes the presidency of major UN climate talks in November, but warns that countries need a "reality ... END_OF_DOCUMENT_TOKEN_TO_BE_REPLACED

A ceasefire has been in effect in Libya for the past year and a half. Yet after Russia's attack on Ukraine, another proxy war looms in Africa's most oil-rich country. Mirco ... END_OF_DOCUMENT_TOKEN_TO_BE_REPLACED

It is the biggest order in the history of the Siemens Group: a 2,000-kilometre railway network for high-speed trains is to be built in Egypt. But the project raises numerous ... END_OF_DOCUMENT_TOKEN_TO_BE_REPLACED
Author:
Loay Mudhoon
Date:
Mail:
Send via mail

END_OF_DOCUMENT_TOKEN_TO_BE_REPLACED
Social media
and networks
Subscribe to our
newsletter