In her hometown of Algiers Souad Massi studied classical Arab-Andalusian music as well as engineering. When she became a local star as the singer of a rock band she learned that Algeria's society was not entirely ready for this. By Ralf Dombrowski 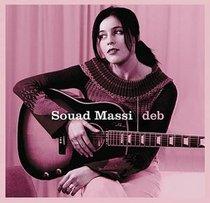 When Souad Massi became a local celebrity in Algiers as the lead singer of "Atakor", she simultaneously lost her job with the city council. It was indicated to her that a woman's destiny was to care for her family

​​Cars burned and stones flew. France's postcolonial consensus is an unstable, asymmetrical construction. The inhabitants of the banlieues know only too well that their prospects are poor; the "immigrants" of the second and third generation are profoundly discontented. In this respect, the charismatic singer Souad Massi constitutes an exception.

She knows why she left her native country of Algeria, and she is successful. Nonetheless, her pleasure in her achievements is tinged with sadness; for Massi's roots are in the Maghreb, somewhere between Algiers and the vanishing homelands of her Berber ancestors. It wasn't – and isn't – a place for a young girl with dreams.

Struggling for a sense of belonging

To those on the outside looking in, an artist's biography often looks colorful and exciting. Early successes, setbacks, emigration, and finally triumph, this time at an international level. The experience can be very different for the artists themselves, as Souad Massi confirms: "I often felt alone, lonely in fact, especially because I had no one to support me. Things have only changed since my daughter was born. That gives me strength and the secure feeling of being at home."

Massi sees herself as a citizen of the world with a musical message of harmony. This message is well received in Europe and in progressive Arab circles; yet Souad Massi's cosmopolitan existence was not entirely her own choice, but also a consequence of her refusal to fulfil the expectations of a fundamentalist society.

Born in Algiers in 1972, she grew up in modest circumstances during a period shadowed by dictatorship and civil war. Music was a release, a way of coping with the impressions left by everyday life; the guitar offered her the opportunity to express herself and to find a balance.

Massi studied classical Arab-Andalusian music as well as engineering. At the age of 17, she made her first, unsuccessful, stage appearances, playing flamenco with a group called Les Trianas d'Alger.

Only constant urging from her brother motivated her to keep going – and at the second attempt, she had more luck. With its Western-oriented Heavy Metal sound, her new band, Atakor, was more to the liking of young Algerians. Massi became a local star and simultaneously lost her job with the city council, for whom she was working in the land surveying office. It was indicated to her that a woman's destiny was to care for her family, and not to do a man's work – least of all the work of a rock musician.

Massi was dismayed; but before her frustration could develop into a full-blown crisis, she got an offer from France. A festival under the title "Femmes d'Algérie" was being organised by the Cabaret Sauvage in Paris, and she was invited to take part as a promising newcomer.

On January 10th 1999, Souad Massi arrived at Charles de Gaulle airport bearing a suitcase and a guitar. Not long afterwards, she was on stage, and she won the audience over as if there were no such thing as a language barrier. A recording contract followed, and her first album "Raoui" (2001) was succeeded by "Deb" (2003) and "Mesk Elil" (2005).

"France greeted me with open arms"

The critics were ecstatic, and audiences loved the singer with the clear, melancholy voice. "France greeted me with open arms", says Massi, "and that's why I live here now. Here, I have the opportunity to perform 20 concerts a month with good musicians and good technicians. That doesn't mean I've forgotten my roots. I feel fine almost anywhere in the world, but the place I come from is always a part of me. In fact, it's nonsense to separate these things. Anyone with a modicum of intelligence can link the traditional with the modern world."

It sounds a little as though Souad Massi is still reassuring herself. In any case, her third album, "Mask Elil" has just been released. Once again, it's wonderful, bittersweet music, effortlessly combining Africa, Paris and the Maghreb in perfect harmony. One might say: as if it were the most natural thing in the world.

END_OF_DOCUMENT_TOKEN_TO_BE_REPLACED
Social media
and networks
Subscribe to our
newsletter