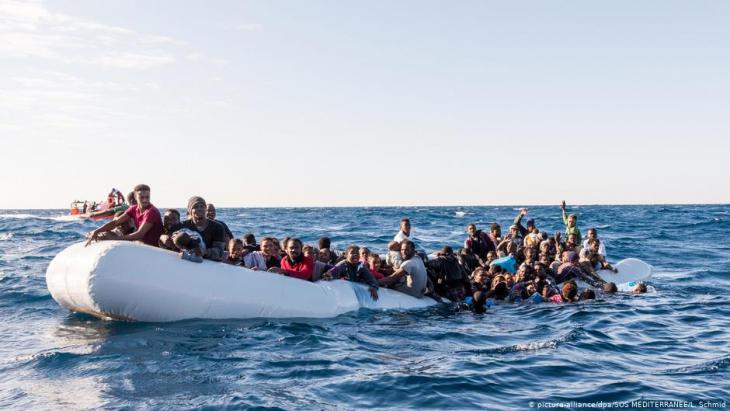 Standing at the gate
How Libyans see Europe

Libyans have mixed feelings about the EU. On the one hand, they admire what Europeans have achieved, but on the other, they feel let down. Moutaz and Walid Ali report from Tripoli

On the southern shores of the Mediterranean Sea, most Libyans used to rate highly what was happening on the northern shores. They considered EU countries to be models of prosperous and well-organised societies that enable people to live good lives. In the 20th century, thousands of Libyan students attended European universities and what they told their compatriots reinforced the EU’s good reputation.

At the same time, many other Libyans have a rather bad impression of the EU. In their eyes, some of its member countries – especially Britain, France and Italy – have contributed to the security chaos the country is currently suffering. After all, a NATO intervention led by European governments facilitated the downfall of Muammar al-Gaddafi’s regime in 2011. Security has never been restored. For almost a decade, competing militias have been fighting over Libyan territory. Erratic fighting can erupt anywhere at any time.

Some armed groups, moreover, are involved in the people-smuggling industry. Large numbers of Africans want to migrate to Europe. Many are from sub-Saharan Africa, others are from Arab countries. As Libya has become a transit country, ever more Libyans are looking to move to Europe themselves.

Everywhere in North Africa, people take great interest in European affairs. For years the majority have yearned to live and prosper in a democratic society. Obviously, however, such freedom of expression is not possible under dictatorial rule. The revolutions of the Arab Spring provided a vent for oppressed people across the region.

At the time, Libya, Egypt and Tunisia got rid of their autocratic leaders. The fact that authoritarian regimes were also toppled in Algeria and Sudan in 2019 fits the picture. The painful backlash in Egypt, the security chaos in Libya and the brutal civil war in Syria should not distract from the fact that people long for freedom. We are aware of the EU’s long history of preaching democratic principles. Yet we find its track record of supporting democracy disappointing. 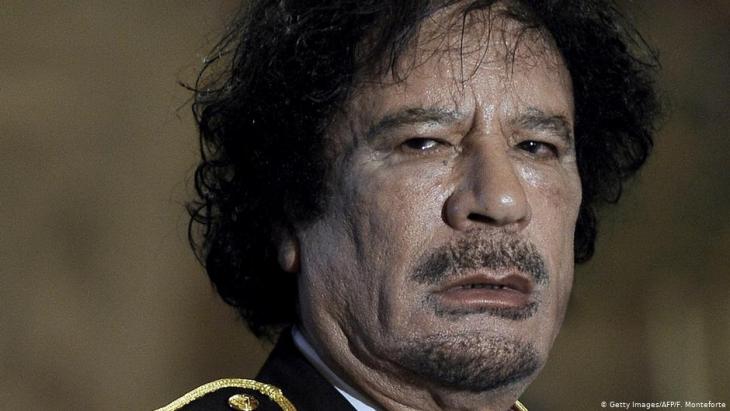 Marriage of convenience with the dictator: though the EU and the Gaddafi regime considered one another to be adversaries, they actually co-operated on several issues, including monitoring and restricting illegal migration. In the chaos following his downfall, no authority has been able to assume the role of being an effective governmental partner for the EU. Libya is now a transit country with porous borders and ineffective state agencies

Gaddafi, the strongman who ruled Libya from 1969 to 2011, did his best to convey a sense of national unity and to foster hostility towards the West. Many Libyans, however, disagreed. Mohamed Omar, a retired engineer, says: "Gaddafi delivered a false message; Libyans did not see the EU as an enemy."

As a young man, Omar studied mechanical engineering in Germany. He reports that he was "amazed by the well-organised and advanced lifestyle." At the time, he hoped Libya would one day become like that. In his eyes, the country has lost a lot of time. He would like to see it better connected to the EU and blames the current state of affairs on "Gaddafi’s stupid ideas and debilitating civil strife".

Others put the blame on European governments – at least partially. Shying away from deploying boots on the ground, they abandoned a violence-torn country to its fate.

The problems are being compounded by the refugee crisis. It bears repetition that increasingly Libyans themselves want to leave for Europe. In the lack of visas, there are no safe routes. Moreover, Libyans who follow European media tend to see the coverage distorted. Libyans are normally depicted as perpetrators of crimes, not as people living in danger of violence. European leaders want refugees to stay in Libya, but they blame our people when foreigners are mistreated and abused here. Do European media not understand that Libyan statehood is extremely fragile? That, in itself, causes suffering.

Recent efforts to rehabilitate Assad are setting a damaging precedent for accountability, just as the international community is expressing the need to hold Russia to account for ... END_OF_DOCUMENT_TOKEN_TO_BE_REPLACED

Nouara may be 65, but she is ready to join thousands of others who burn their ID and pay traffickers for the chance of a new life in Europe. Zineb Bettayeb reports END_OF_DOCUMENT_TOKEN_TO_BE_REPLACED

Education for girls and women is still possible in Afghanistan, says Reinhard Eroes of the Kinderhilfe Afghanistan initiative. In interview with Elisa Rheinheimer, he talks about ... END_OF_DOCUMENT_TOKEN_TO_BE_REPLACED

Locals in the Middle East have said European critics are showing bias and hypocrisy when they condemn Qatar. Observers agree that Qatar has had to deal with more criticism than ... END_OF_DOCUMENT_TOKEN_TO_BE_REPLACED

In Doha, Arabs from Morocco, Tunisia, Egypt and Algeria are gathering to celebrate the first ever FIFA World Cup to be held on Arab soil. The criticism from Europe? Over the top, ... END_OF_DOCUMENT_TOKEN_TO_BE_REPLACED

Comments for this article: How Libyans see Europe

Why omit the roles of Russia, China, Iran and the richer Arab regimes in the the Libyan crisis? And why amalgamate the behaviour of a few Western countries with that of tens of others?

END_OF_DOCUMENT_TOKEN_TO_BE_REPLACED
Social media
and networks
Subscribe to our
newsletter