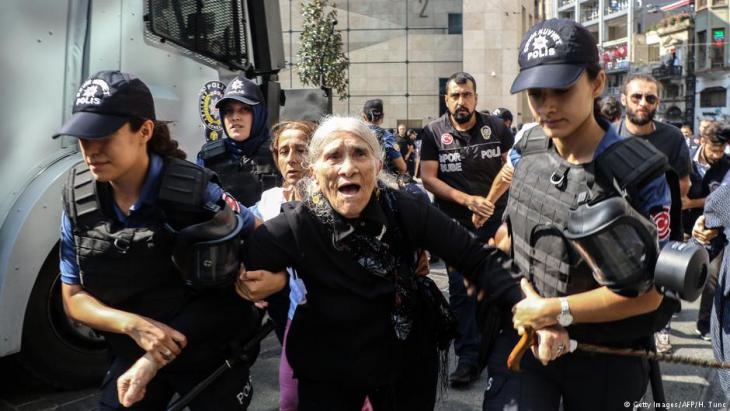 The Saturday Mothers gather weekly in Turkey to demand information on loved ones subjected to enforced disappearance or state violence. But in the country’s repressive political environment even their vigils are coming under attack. Tom Stevenson and Murat Bayram report from Istanbul

Every Saturday for the last 699 weeks, the Saturday Mothers have held a sit-in in central Istanbul to remember the hundreds of victims of enforced disappearance in Turkey. This week they intended to hold their 700th vigil. The Turkish government had other plans.

As members of the Saturday Mothers organisation, most of them women, along with their supporters gathered on the city’s central Istiklal Street, Turkish security forces approached the group and ordered them to disperse. The Mothers held their ground. "You killed our sons," someone in the crowd shouted back. Police then fired tear gas cannisters to forcibly clear the area as demonstrators ran or collapsed on the ground unable to breathe. Twenty people were arrested.

In Istanbul and Diyarbakir, the de facto capital of Turkey’s Kurdish majority south-east, the Saturday Mothers' vigils, held since May 1995, are sombre affairs. Black posters are laid on the floor bearing the names of dozens of men forcibly disappeared by the security forces. Women sit quietly holding photographs of "the lost". Sometimes the stories of victims are told by their family members. The women demand information about their lost loved ones, insisting that they be remembered.

Protest and the ritual of remembrance

Selvi Gulmez has participated in the weekly sit-ins for the last 23 years. Her daughter Nergiz died while staging a 135-day hunger strike in protest against her detention as a political prisoner in 2001. She has attended the Istanbul demonstration for longer than anyone else. 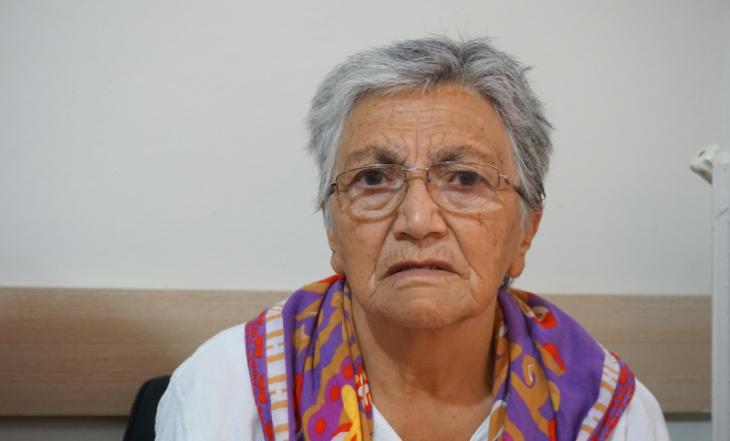 Saturday Mother Selvi Gulmez, twice bereft: having lost her daughter Nergiz to hunger strike in 2001 and with a son held in ongoing detention – 17 years and counting – Gulmez has nothing but stinging condemnation for the authorities: "Look at the lack of dignity and honour in attacking people remembering those who would die for a cause"

"Why did they attack us? I lost my daughter because of the state and our friends lost their relatives," said Gulmez, who moves with the aid of a walking stick, shortly after taking refuge from the tear gas in a passage off Istiklal street. Before her daughter’s death, Gulmez’s son Ali was also detained in a series of high security prisons. He has been imprisoned now for 17 years, often in solitary confinement.

She contrasts her daughter’s strength in dying for her principles with the behaviour of the authorities. "The perseverance, the belief, the commitment to go 130 days without eating anything for a cause – such unbelievable humanity and dignity has the ability to move mountains, " Gulmez said. "Look at the lack of dignity and honour in attacking people remembering those who would die for a cause."

The Kurdish YPG militia did the heavy lifting in the fight against the "Islamic State", yet many foreign YPG adherents, including Germans, have come home to find themselves under ... END_OF_DOCUMENT_TOKEN_TO_BE_REPLACED

At least 150 theatre professionals were recently fired without reason in Turkey, just days before they were expecting to receive permanent contracts. Creatives accuse the ... END_OF_DOCUMENT_TOKEN_TO_BE_REPLACED

Political analyst Taqadum al-Khatib argues that Egypt can, in co-ordination with its European partners, develop a common vision to solve the complex conflict in Libya. For this to ... END_OF_DOCUMENT_TOKEN_TO_BE_REPLACED

Turkey's President Erdogan wants to create a second Bosphorus. The cost to the economy and environment would be enormous – and that's why Istanbul's mayor is attempting to stop ... END_OF_DOCUMENT_TOKEN_TO_BE_REPLACED

Libya is in turmoil and no political solution is in sight. The EU's inability to take concerted action in the country, meanwhile, is being exploited by third parties, such as ... END_OF_DOCUMENT_TOKEN_TO_BE_REPLACED
Author:
Tom Stevenson & Murat Bayram
Date:
Mail:
Send via mail