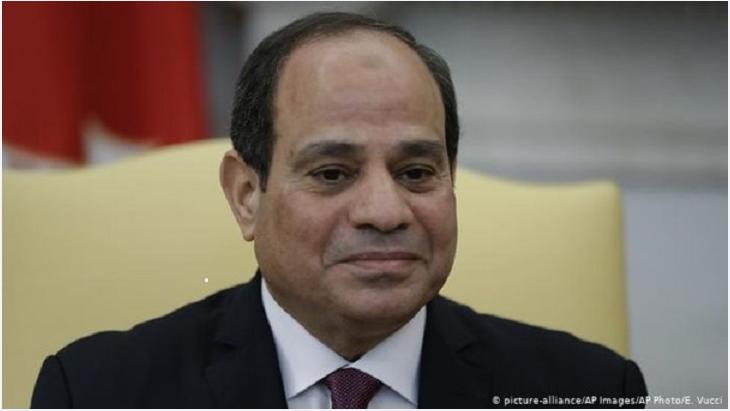 More than 100 human rights organisations from around the world have written to foreign ministers warning that Egypt's "human rights community" is being "obliterated" by the government of President Abdul Fattah al-Sisi. According to a statement from Human Rights Watch (HRW), the human rights activists are calling on governments around the world to initiate the establishment of a monitoring and reporting mechanism on the continuously deteriorating human rights situation in Egypt at the UN Human Rights Council session scheduled for late February.

"Exposed to repression on a daily basis"

Such an instrument is important to increase focus on the crimes committed, provide survivors and victims' families with more legal recourse, deter further violations and create opportunities to bring those responsible to justice, the text says.

"Governments sitting on the UN Human Rights Council should send the overdue message to the Egyptian government that violations will be monitored and reported now and in the future, and that the brave people of Egypt who face repression every day are not alone in their struggle," said Geneva-based HRW Director John Fisher. Ten years after the revolution in Egypt, he said, the population lives under a repressive government that suppresses all forms of dissent and peaceful expression.

The struggle for human rights in Egypt has reached a "critical juncture", the authors continue. The inaction of Egypt's partners and the member states of the Human Rights Council has "emboldened the government in Cairo to silence dissent and crush independent civil society".

Since the overthrow of then-President Mohammed Morsi in July 2013, Egyptian authorities have increasingly cracked down on human rights defenders and violated civil and political rights on a massive scale, the organisations said. Thousands of Egyptians - including human rights defenders, journalists, academics, artists and politicians - have been arbitrarily arrested, they said.

The list of organisations that signed the letter was reportedly not published in full due to security concerns.    (KNA/HRW)

German Middle East analyst Guido Steinberg and television journalist Ulrich Tilgner have both published new books on the conflicts in the Middle East. Their analyses and their ... END_OF_DOCUMENT_TOKEN_TO_BE_REPLACED

Nawal El-Saadawi has died in Cairo at the age of 89. The prominent doctor, activist and author became internationally known for her outcry against female genital mutilation and ... END_OF_DOCUMENT_TOKEN_TO_BE_REPLACED

As the globe races to inoculate against coronavirus, Egypt President Sisi’s regime plans to profit from the essential shot. Making Egyptians pay for their own vaccines is part of ... END_OF_DOCUMENT_TOKEN_TO_BE_REPLACED

In her documentary, the young Palestinian filmmaker Samaher al-Qadi gives us a passionate and very personal view of what it means to be an Arab woman. Her film explores the ... END_OF_DOCUMENT_TOKEN_TO_BE_REPLACED

For years the Arab intellectual elite looked to Lebanon, coveting its atmosphere of freedom. Feigning the non-existence of repression, Beirut welcomed intellectuals from across ... END_OF_DOCUMENT_TOKEN_TO_BE_REPLACED

EU parliamentarian Dietmar Koester criticises the Union's failure to speak up when faced with human rights abuses committed by its Middle Eastern allies, while pointing out that ... END_OF_DOCUMENT_TOKEN_TO_BE_REPLACED
Date:
Mail:
Send via mail

END_OF_DOCUMENT_TOKEN_TO_BE_REPLACED
Social media
and networks
Subscribe to our
newsletter