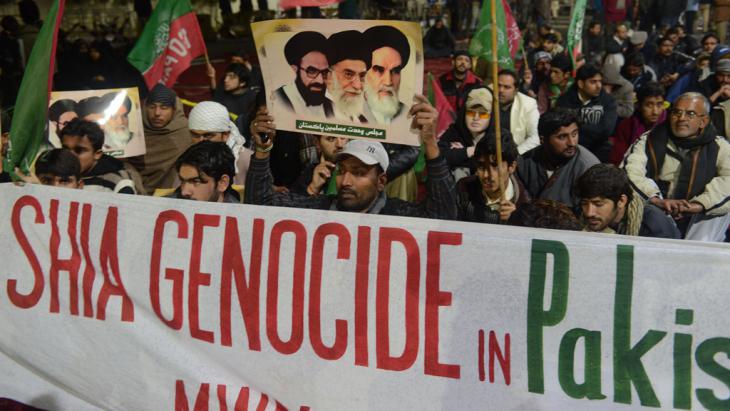 The religious element of the conflicts raging in the Middle East today is a major reason why they are proving so difficult to defuse. An essay by Shahid Javed Burki

Turmoil has seized much of the Muslim world. In Syria, a brutal war has already taken 250,000 lives, displaced half of the country’s 21 million people and sent a million refugees to Europe seeking asylum. In Yemen, the Houthi tribe has risen up against the government and are now facing Saudi-led airstrikes. Conflicts like these reflect a number of factors, the most prominent of which are the conflicts between Islam’s two sects – Sunni and Shia – and between fundamentalists and reformists.

Syrian President Bashar al-Assad’s Alawite regime enjoys the support of Shia powers, especially Iran, whose regional influence depends on a Shia regime remaining in power. And that is precisely why Sunni powers – most prominently Saudi Arabia – are committed to toppling that regime. Yemen’s government, by contrast, is Sunni-led and thus has Saudi Arabia’s support, hence the bombings of the Iran-backed Shia Houthis. Unsurprisingly, tensions between Iran and Saudi Arabia have intensified lately, a trend that culminated in the severing of diplomatic relations over Saudi Arabia’s execution of a popular Shia cleric.

The chaos fuelled by these conflicts – and by instability in other countries in the region, such as Afghanistan and Iraq – has enabled the rise of some truly contemptible forces, beginning with Islamic State (IS). That group has gained so much influence that US generals have asked President Barack Obama to authorise additional troops to join the fight against it. 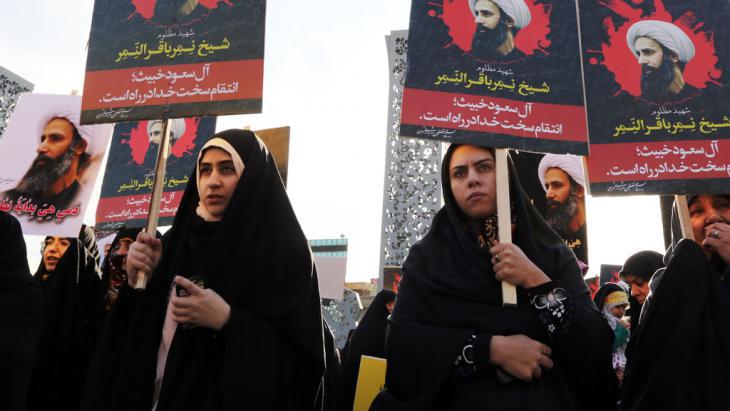 Escalating tensions: at the beginning of January 2016, Saudi Arabia executed 47 people, including the opposition figure and Shia cleric Nimr al-Nimr. This has put relations between Sunni Saudi Arabia and Shia Iran under more strain than ever

Moreover, there are reports that the United States may postpone the withdrawal of its troops from Afghanistan, where an increasingly brutal war against the government has enabled the Taliban to gain territory and created an opening for IS to become active. IS has also penetrated Pakistan.

Rooted in an ancient conflict

The religious element of the conflicts raging in the Middle East today is a major reason why they have been so difficult to defuse. The Sunni-Shia schism goes back to the year 632, when the Prophet Muhammad died without indicating how the fast-growing Islamic community should pick his successor.

Today, most of the world’s 1.6 billion Muslims are Sunnis. They are widely dispersed, spread over a vast swath stretching from Morocco to Indonesia. After decades of migration to Europe and North America, there are also strong Sunni communities in several Western countries.

The Shia number 225 million and are geographically much more concentrated. Iran, with 83 million, is the world’s largest Shia-majority country, followed by Pakistan with 30 million and India with 25 million. The “Shia crescent” – including Iran and its immediate neighbours Afghanistan, Azerbaijan, Iraq, Pakistan and Turkey – accounts for 70% of the sect’s total population. 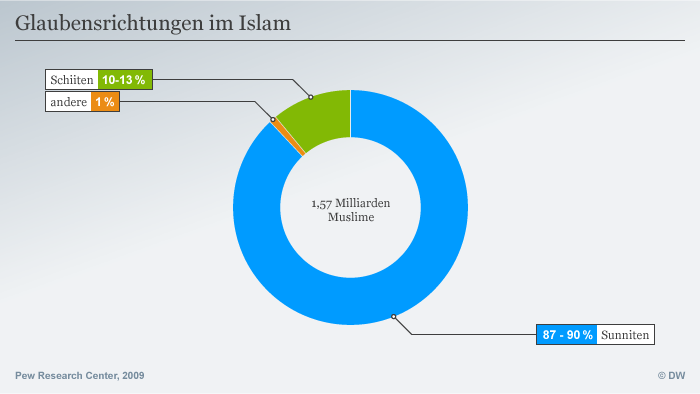 225 million Shia Muslims occupy a relatively small geographical area. Iran, with 83 million Shia Muslims is the world′s largest Shia country, followed by Pakistan with 30 million and India with 25 million. Seventy percent of the denomination′s members live within the "Shia crescent" – made up of Iran and its immediate neighbours Afghanistan, Aserbaijan, Iraq, Pakistan and Turkey

This geographic distribution is the result of a series of historical accidents, a combination of conquests and (often forced) conversions. Though Islam arrived in Iran by way of conquest in 637-651, the country did not officially adopt Shia Islam for nearly another millennium, with Shah Ismail I of the Safavid dynasty undertaking in 1501 the forcible conversion of the country’s Sunni population.

Shia Islam spread through South Asia as a result of repeated military incursions by Persia’s rulers into Afghanistan and India. Today, that region’s Shia population is concentrated in urban areas and largely comprises the descendants of the soldiers and other state functionaries who stayed behind in the conquered territories.

Sunni Islam, for its part, was first spread through South Asia by the Sufi saints, most of whom came from Central Asia and preached a more tolerant and inclusive form of Islam than that of the Arabian Peninsula. But the rising influence of Saudi Arabia after the 1970s, when skyrocketing oil prices boosted the country’s wealth considerably, helped to spur the spread of the Kingdom’s dominant and austere Wahhabi sect.

Beyond attracting millions of Muslim workers from South Asia, Saudi Arabia financed the establishment of Wahabbi madrassas along the Afghanistan-Pakistan border. The Taliban (which, in Arabic, means “students”) in both Afghanistan and Pakistan are the products of these seminaries, as are militias like Lashkar-e-Taiba and Lashkar-e-Jhangvi, which have mounted attacks on religious sites in India.

Clash of theological and political ideologies

Today’s turmoil reflects a clash of ideologies that is both theological and political. Conservative Sunnis, such as those who adhere to fundamentalist Wahhabism, favour theocratic authoritarian rule, whereas more moderate Sufi Sunnis would prefer liberal and inclusive political systems. The same is true of the Shia. Iran has long stuck to theocratic rule, but now seems to be looking toward reform. Whether the sectarian divide can ever be bridged most likely depends on whether reformists can gain sufficient influence in both camps. If not, the conflict will continue to rage, accelerating the breakdown of regional order we now see.

Rumi's poems, though generally stripped of their Islamic symbolism, are hugely popular around the world. Yet Islamic mysticism is still very much at the heart of these verses. ... END_OF_DOCUMENT_TOKEN_TO_BE_REPLACED

Very different Western reactions to the suffering in Ukraine and the Arab world show that there is a profound rift among cultures. Essay by Michael Young END_OF_DOCUMENT_TOKEN_TO_BE_REPLACED

The documentary "Nadia" tells the incredible story of Nadia Nadim, who was forced to flee from the Taliban as a child and became a football star. By Annabelle Steffes-Halmer END_OF_DOCUMENT_TOKEN_TO_BE_REPLACED

Three award-winning female directors appeal to the international film industry to save Afghan cinema. Supporting women filmmakers is more important than ever. By Christine Lehnen END_OF_DOCUMENT_TOKEN_TO_BE_REPLACED

END_OF_DOCUMENT_TOKEN_TO_BE_REPLACED
Social media
and networks
Subscribe to our
newsletter