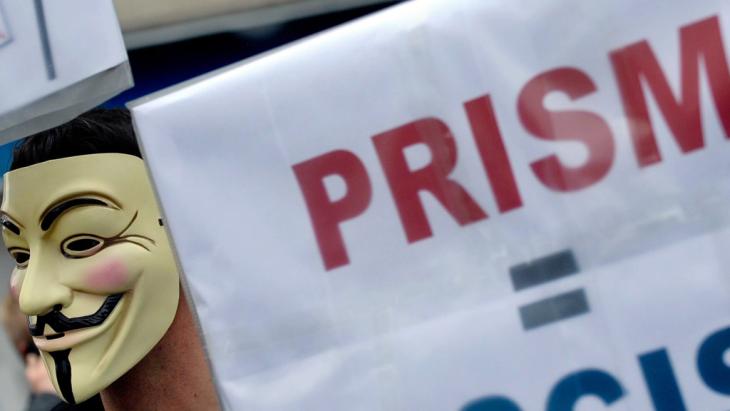 Surveillance and Domestic Security since 9/11
Like Donkeys Carrying Books

The intelligence services' frenzied data analysis is the latest and for the moment, the last in a series of imbalanced responses to the attacks of 11 September 2001, says investigative journalist Stefan Buchen who, according to a report in the German news weekly Der Spiegel, has himself been the subject of security agency investigations

For months, we have been kept on tenterhooks by the revelations of former US intelligence agency employee Edward Snowden. We discover that we are living in a police state, in which intelligence agencies register our digital footprints with the help of Internet giants such as Google and Facebook. Security authorities log information on who we communicate and when, and can read anything, should they so wish.

We debate just how transparent and vulnerable we are. Whether Chancellor Merkel has violated her oath of office, because she does not provide us with sufficient protection from the surveillance. And whether actually, we can all perhaps lean back because the Interior Minister reassures us that this is all in the service of our security, which is what he describes as our "super basic right".

But on the other hand, we are not especially interested in the historical context of Edward Snowden's revelations. In this respect it is important to clarify that without the attacks of 11 September 2001, we would not be confronted with the surveillance state in its current form.

The dark side of a double life

The US intelligence service – the National Security Agency (NSA) – operates according to the basic assumption that each and every individual on earth is a potential terrorist. Before 9/11, was the suicide pilot Muhammad Atta not a conscientious student who wrote a thesis on the redevelopment of Aleppo's historic centre? And was his accomplice Ziyad Jarrah not a nice guy whose girlfriend was as medical student and who went to parties? Did we not fail to notice their clandestine plot, the dark side of their double lives, with fatal consequences? 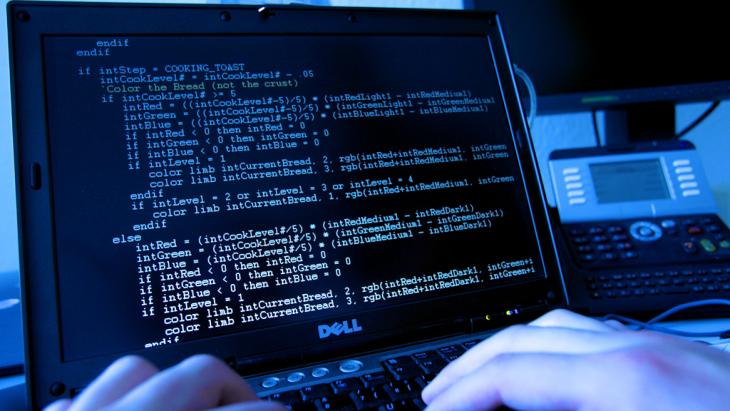 The police state, in which every email can be read and every telephone call intercepted, in which state-sponsored data scouts use metadata analysis to create a social and psychological profile of anyone active on the Internet within seconds – this is a consequence of 11 September, says Stefan Buchen

The progress of digital technology and social networking on the Internet would have run its course without the Al Qaeda attacks. But western intelligence agencies can only justify mass surveillance using software such as "Prism", "Tempora" and "XKeyscore" by claiming that anyone is a potential terrorist. Germany's Interior Minister Hans-Peter Friedrich can provide detailed figures on just how many terrorist attacks have already been prevented thanks to surveillance operations. Luckily for him, no one can verify his claims.

The police state, in which every email can be read and every telephone call intercepted, in which state-sponsored informants use metadata analysis to create a social and psychological profile of anyone active on the Internet within seconds – this is a consequence of 11 September.

From crisis to crisis

It is therefore time to remind ourselves of the impact of these attacks, to realise how much they have changed our society and what influence they still have on the political decisions of our elected representatives and the approach of security agencies "subordinate" to them.

So, what we really want is to fight terror and defend "our way of life". In reality, we have vastly overshot our target and entered into a battle with ourselves caused by mistrust and a sense of insecurity, a battle in which we – betraying "our values" – stumble from crisis to crisis.

When the United States obtained "new powers" for the NSA at a meeting of NATO states in Brussels in early 2002, it initiated the overreaction revealed by Snowden in the area of communication surveillance. But in other areas – which were rather more visible to the public – this response was already in full swing.

The US and its allies went to war in Afghanistan and Iraq. The wars were justified by claims that the terrorist dangers lurking there needed to be eradicated; that the threat of weapons of mass destruction needed to be addressed; as well as the well-meaning plan to introduce democracy to these under-developed corners of the world.

The results are no secret. And "free elections" held against a backdrop of desolation and destruction have now become an irony-charged symbol of the failed interventions of the US and the West. But the irony is apparently still lost on many, among them the French President. Following the campaign in Mali, his first step was to hold "democratic elections" to mark a new beginning for the crisis-torn nation.

Obama's embarrassingly phoney response to the use of chemical weapons in Syria is in turn a reflection of the grave consequences of the post-9/11 military interventions. In 2003, the US – with German help – justified the invasion of Iraq with the lie that Saddam Hussein possessed biological weapons of mass destruction. Ten years on, the current US President is paying a high price for this. 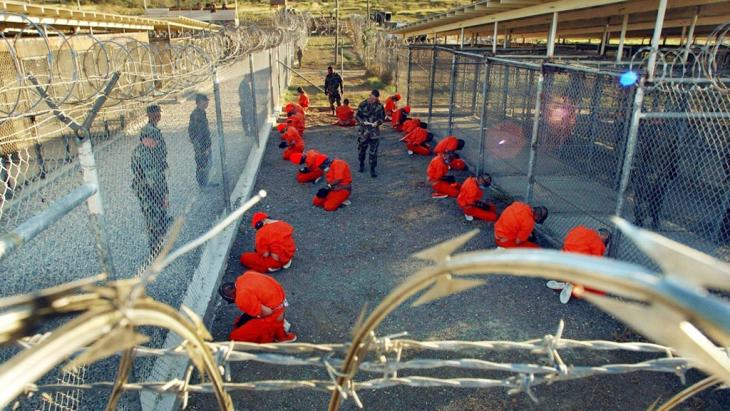 America's open wound: Obama's predecessor George W. Bush established the prison for terrorism suspects post 9/11 at a US military base on Cuba. Human rights groups say the Guantanamo detainees are being held without constitutional protection. Obama's attempts to close the camp have so far failed to gain the support of Congress

Obama is a prisoner of the excessive and drastic policies introduced directly after 11 September. He senses that he has no moral authority to launch a robust response to the mass-murderous poison gas attacks thought to have been carried out by the Syrian regime. In a gesture of cool reason, which was born of moral impotence, members of Congress in Washington explain that the deployment of chemical weapons to the east of Damascus does not represent a danger to the US and that consequently, a military reaction is not necessary.

In view of recent history with its "war against terror in every corner of the globe", a conspicuous, disarming irony resides within this argument. Not many people have noticed it.

The West has also ensnared itself in the area of the criminal prosecution of political enemies. The US set up secret prisons and Camp Guantanamo and is not managing to close up this wound again.

It is also not managing to bring to trial the chief organisers of the 9/11 attacks, Khalid Sheikh Muhammad and Ramzi Binalshibh, both of whom are still alive. The shadows cast on the credibility of the US justice system by the torture and abuse of prisoners are just too long. 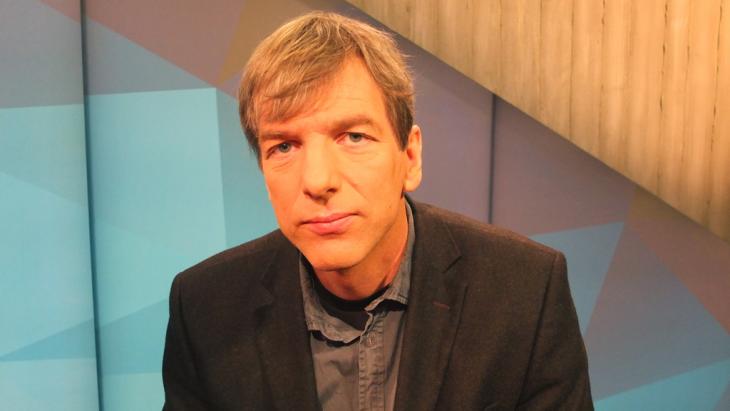 A thorn in side of the intelligence agencies: Stefan Buchen recently hit the headlines after his was apparently subjected to surveillance by the CIA, the Office for the Protection of the Constitution and the German Federal Intelligence Service. German agencies shared information about Buchen with their US counterparts, after he tried to make contact with Yemeni jihadist Abd al-Majid al-Sidani during the course of his research

And Germany? We are practising a bit of Guantanamo, by ensuring that German Islamists disappear in Moroccan or Syrian jails. And we are surprised that people whose telephone numbers have been passed on to the Americans by "our agencies" are obliterated by US drones a short time later in Waziristan.

Beyond the threat to our national security, we have also perceived our "free, market-oriented" way of life to be under threat. Excessive foreign exchange trading and unpredictable credit derivatives would have occurred without the attacks of 11 September, and would have at some point caused a grave economic crisis.

But the housing bubble in the US, which triggered the collapse of the financial markets in 2008, would have been inconceivable without the aggressive low-interest and investment promotion policies introduced after 2001.

We react with incredulity when we consider the disasters caused by our excessive responses to 9/11. And now here comes Edward Snowden to expose the extent of another overreaction.

This strategy of data mining on a massive scale has caused a crisis of confidence between citizens and governments, and it is too soon to predict what the consequences of this will be.

Snowden has most certainly opened up a new resonant space for irony. Echoing the sentiments of NSA head Keith Alexander, Germany's Interior Minister and the Head of the Chancellor's Office explain to us how important analysis of global data flows is for our security.

Echoing the sentiments of a figure of speech from the Koran, one could say that the data scouts wanted to convince us that the benefits of surveillance are greater than the damage it inflicts. In this way, the "enlightenment" degenerates in Old Europe, its philosophical home, into an operational approach employed by intelligence agencies with ever-increasing powers.

In the meantime, we can comfort ourselves with the hope that the data miners and loggers will lose their overview, because despite the modern processing software, they are no longer able to sensibly manage the sheer volume of information. Then, in the end our secret services will be like the famous "book bearing donkey" from the Koran, which did not understand what it was actually carrying on its back.

The devaluation of the Egyptian pound combined with rising food prices is taking its toll on Egypt. More and more people are slipping into poverty. Karim El-Gawhary reports from ... END_OF_DOCUMENT_TOKEN_TO_BE_REPLACED

Since returning to power in Afghanistan, the Taliban have steadily eroded the rights and opportunities of women and girls, particularly their access to education. But Afghans are ... END_OF_DOCUMENT_TOKEN_TO_BE_REPLACED

Any reconciliation between Turkey and Syria’s Assad regime would have disastrous consequences for many Syrians, explains Syria expert Kristin Helberg END_OF_DOCUMENT_TOKEN_TO_BE_REPLACED

Chinese President Xi Jinping's visit to Saudi Arabia in December 2022 may have rattled Washington, but it simply highlighted the Arabs’ desire to diversify their foreign relations ... END_OF_DOCUMENT_TOKEN_TO_BE_REPLACED

There are signs of an imminent normalisation of relations between Turkey and Syria. This would allow Erdogan to score political points domestically before the upcoming elections ... END_OF_DOCUMENT_TOKEN_TO_BE_REPLACED

Recent efforts to rehabilitate Assad are setting a damaging precedent for accountability, just as the international community is expressing the need to hold Russia to account for ... END_OF_DOCUMENT_TOKEN_TO_BE_REPLACED
Author:
Stefan Buchen
Date:
Mail:
Send via mail

END_OF_DOCUMENT_TOKEN_TO_BE_REPLACED
Social media
and networks
Subscribe to our
newsletter