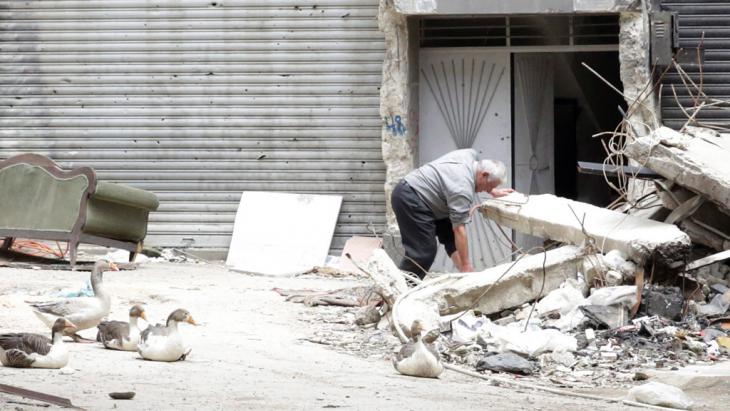 In this article, former Algerian Foreign Minister Lakhdar Brahimi calls on the world not to shut its eyes to the atrocities being committed in Syria and not to give in to despair or to resign itself to the assumption that the situation cannot be resolved

Over the past four years, Syria has been the scene of terrible suffering and savagery. But the recent assault on the Yarmouk Palestinian refugee camp in Damascus by Daesh (Islamic State) fighters has shocked and appalled even the most hardened observers.

The capture of the camp leaves 18,000 refugees at risk of slaughter, unable to access food, water and vital services. Conditions there – according to Christopher Gunness, a spokesman for the United Nations Relief and Works Agency for Palestine Refugees in the Near East – are "beyond inhumane". The attack reminds us once again that Syria's agony can be ended only by concerted international action.

When protests against President Bashar al-Assad's authoritarian regime first broke out in 2011, few could have imagined the catastrophe that Syria would suffer. The war has claimed more than 200,000 lives and devastated Syria's social and economic fabric. 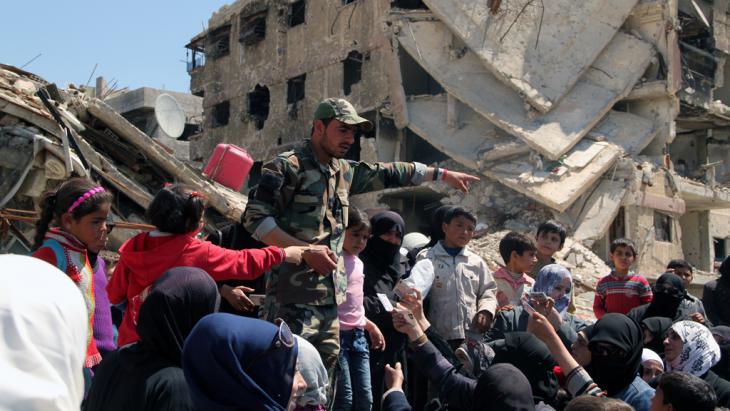 Residents of the Yarmouk Palestinian refugee camp show their documents to a serviceman in order to leave a dangerous zone. On 1 April, IS staged its most significant push yet into Damascus when it overran the camp on the city's southern outskirts. According to the UN refugee agency, some 18,000 Palestinians are still living at the camp. Residents have been left trapped and badly in need of basic supplies

Unimaginable suffering on a massive scale

The conflict has led to atrocities on all sides, including mass executions, kidnapping, torture, the use of chemical weapons and the deployment of barrel bombs. Some 12 million people have fled their homes, and many have left the country altogether, placing a heavy burden on neighbouring states like Lebanon and Jordan. More than three million children are no longer in school.

The international community has been unable – and, to some extent, unwilling – to stop the war or end Syria's suffering. Former UN Secretary General Kofi Annan and I have had first-hand experience of the crisis. We both tried to bring the combatants to the negotiating table and end the killing. And we both failed.

In the meantime, the world took far too long to wake up to the global danger posed by Daesh. It will take more than the ongoing bombing campaign to end the group's atrocities in Syria and Iraq. A comprehensive resolution of the conflict is urgently needed. But this will be possible only if the main regional players – Iran, Jordan, Qatar, Saudi Arabia and Turkey – work with the international community to generate the political will to act. Unfortunately, there are few signs that such co-operation will happen anytime soon.

The responsibility for our collective failure and inaction is not confined to international diplomats and policymakers; it is shared by all of us. And yet too many people, confronted by such vast suffering, have become numb and apathetic. It is vital that, no matter how grim or upsetting the situation in Syria becomes, we do not tune it out or simply seek to turn the page. 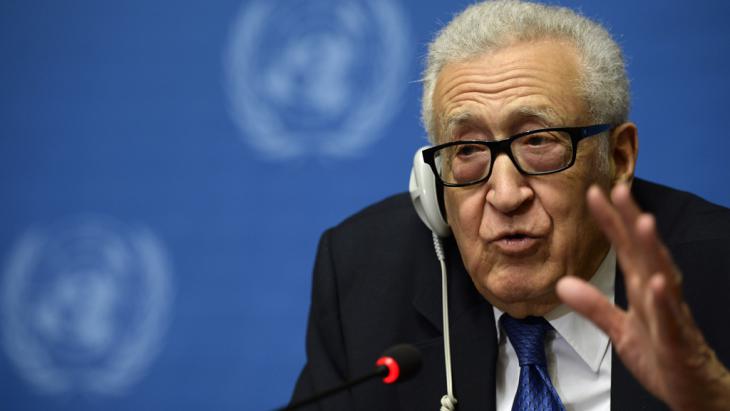 Lakhdar Brahimi (pictured here) calls on people around the world to exert pressure on governments "to implement policies that protect and shelter Syrian war refugees. Taking care of those displaced by the conflict is the least we can do. For the world's sake, the Syrian people must not be forgotten"

The EU and the refugees of Syria

Nowhere is this more apparent than in the terrible spectacle of thousands of Syrian refugees, crammed into rickety vessels, attempting to cross the Mediterranean Sea. In the past year, some 4,000 men, women and children have lost their lives in this perilous crossing. But this has not deterred thousands of others from risking the same journey and putting their lives in the hands of human traffickers and criminal gangs.

Incredibly, the European Union’s response to the drowning deaths in the Mediterranean has been to cut the budget for the naval response unit charged with monitoring refugee crossings and rescuing shipwreck survivors. This not only flies in the face of morality; it is also counterproductive.

The current focus on border security has resulted in inadequate, uncoordinated and poorly designed policies that force migrants to resort to illegal and dangerous channels. And yet national governments throughout the EU, it seems, are too afraid of – or too beholden to – anti-immigrant sentiment among their electorates to show common humanity to refugees.

In a conflict as bitter, protracted and complex as the war in Syria, it is all too easy to become overwhelmed by despair. Some international broadcasters have even found that their audience share drops when they delve into the conflict. It can be difficult for ordinary citizens to feel hopeful when governments and international institutions have been unable to stop the war and refuse to protect refugees.

The Algerian-born French author Albert Camus wrote, "In such a world of conflict, victims and executioners, it is the job of thinking people, not to be on the side of the executioners." It is in this spirit that I call on people around the world to pressure their governments to implement policies that protect and shelter Syrian war refugees. Taking care of those displaced by the conflict is the least we can do. For the world's sake, the Syrian people must not be forgotten.

Lakhdar Brahimi, a former foreign minister of Algeria and United Nations and Arab League Special Envoy to Syria, is a member of The Elders, a group of independent global leaders working for peace and human rights.

This article was first published on 17 April 2015, two days before the sinking of a migrant boat off the coast of Libya that killed about 800 people.

How is one to convey the history of Islamic images of Muhammad freed from today’s polarised politics? What are the challenges and pinch points of this particular academic ... END_OF_DOCUMENT_TOKEN_TO_BE_REPLACED

Where are the measures to deal with the looming challenges facing the Arab world? In this commentary, Marwan Muasher warns that the region is in grave danger of falling behind ... END_OF_DOCUMENT_TOKEN_TO_BE_REPLACED

According to a recent survey, half of all Iranians say that they have left Islam as a religion, while two-thirds believe Islamic law should be excluded from their legal system. In ... END_OF_DOCUMENT_TOKEN_TO_BE_REPLACED 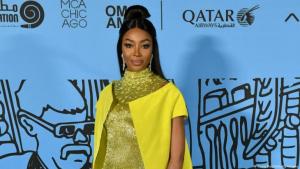 For years, Qatar has pursued a "soft" foreign policy that helped make international friends and influence the powerful. It includes spending billions on everything from fashion, ... END_OF_DOCUMENT_TOKEN_TO_BE_REPLACED 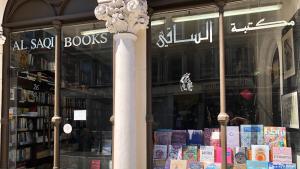 London-based Al Saqi Books, Europe’s largest specialist bookseller for publications from the Middle East, has been forced to close because of the hike in prices of Arabic-language ... END_OF_DOCUMENT_TOKEN_TO_BE_REPLACED

Past attempts to reconcile logic and belief within Islam tend to be dismissed today – not because they lack merit, but because they were politically defeated, argues Mustafa Akyol END_OF_DOCUMENT_TOKEN_TO_BE_REPLACED
Author:
Lakhdar Brahimi
Date:
Mail:
Send via mail

END_OF_DOCUMENT_TOKEN_TO_BE_REPLACED
Social media
and networks
Subscribe to our
newsletter