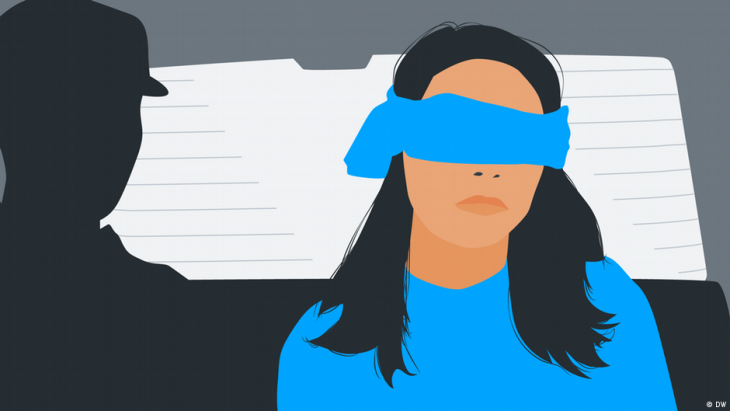 The verdict of a court in western Germany is the first step toward justice in Syria. It also paves the way for verdicts in war crime trials worldwide, writes DW's Matthias von Hein

Wednesday's verdict against a former member of the Syrian secret service in the western German city of Koblenz can safely be described as "historic." It is the first time that a court has ruled that the Syrian government has committed crimes against humanity and that President Bashar Assad's regime is conducting an offensive against the population that involves kidnapping, torture and murder. The media are full of reports about injustices carried out by all parties in Syria's civil war. The proceedings in Koblenz show that the evidence can stand up in court.

That evidence that was collected and examined over 60 days of hearings, presented by courageous eyewitnesses and experts. It presents a disturbing picture of a brutal machine of repression, in which torture not only serves to extort information but also as a means of revenge and deterrence. It is evidence that there has been torture and killings on "an almost industrial scale", according to the prosecutors.

The significance of Wednesday's verdict goes beyond the trial – and beyond Germany's borders. The evidence presented will have an impact on future cases. The process of coming to terms with crimes against humanity in Syria has begun and is far from over. The first message from the trial is that Germany is not a safe haven for war criminals. 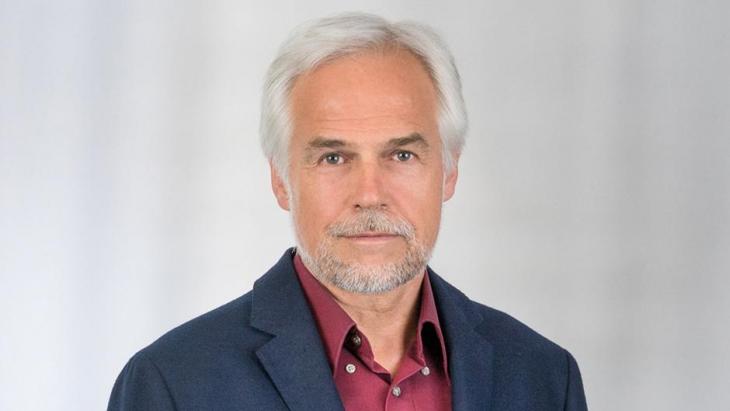 "If Germany wants to be a credible torch of justice, it will have to use this instrument in all directions. After all, it still maintains close relations with certain states whose representatives are also suspected of committing war crimes," writes von Hein

The judge Anne Kelber devoted half of her closing remarks to the overall situation in Syria, to describing the system and procedures of repression. It was this entire system that was in the dock: The accused, Eyad A, was only one element, one of the many necessary if such a repressive machine is to function.

This is perhaps where one of the trial's weaknesses lay: Eyad was only a cog in the machine. Moreover, he turned away from the Assad regime at an early stage, which was considered a mitigating factor by the court – as was the fact that the charges were largely based on his own testimony.

Nowhere is a safe haven for war criminals

Of course, it would have been preferable for others to be on trial: the people who continue to order torture and killings today, the heads of the secret service, members of the government. Perhaps they will have learned from the trial in Koblenz that there is no haven for war criminals. The wheels of justice may grind slowly, but they grind consistently. Last summer, a 93-year-old was convicted for crimes committed during the National Socialist era, over 75 years ago, when he was a concentration camp guard.

Thus, it is clear that the concept of universal jurisdiction works and enables the German judiciary to prosecute war crimes that were neither committed in Germany nor by or against German citizens. But, if Germany wants to be a credible torch of justice, it will have to use this instrument in all directions. After all, it still maintains close relations with certain states whose representatives are also suspected of committing war crimes.

Arab youth express their hopes and wishes for the New Year, spanning everything from civil and political rights, to education, to arts and culture. By Rafiah Al Talei END_OF_DOCUMENT_TOKEN_TO_BE_REPLACED

Life imprisonment for crimes against humanity: that was the sentence handed down to Anwar Raslan in the world's first trial of a member of the Syrian torture system. Matthias von ... END_OF_DOCUMENT_TOKEN_TO_BE_REPLACED

Moncef Marzouki was Tunisia's first democratically elected president after the fall of dictator Ben Ali. Today he is the most prominent critic of increasingly counter- ... END_OF_DOCUMENT_TOKEN_TO_BE_REPLACED

Historically Iraq's Yazidi community was isolated, under-resourced and very conservative. Seven years after the "Islamic State" tragedy, the community is more open to the world – ... END_OF_DOCUMENT_TOKEN_TO_BE_REPLACED

In this new bilingual edition, translated by Humphrey Davies, al-Jawbari, one of the thirteenth century's leading experts in skullduggery reveals all there is to know about the ... END_OF_DOCUMENT_TOKEN_TO_BE_REPLACED
Author:
Matthias von Hein
Date:
Mail:
Send via mail

END_OF_DOCUMENT_TOKEN_TO_BE_REPLACED
Social media
and networks
Subscribe to our
newsletter