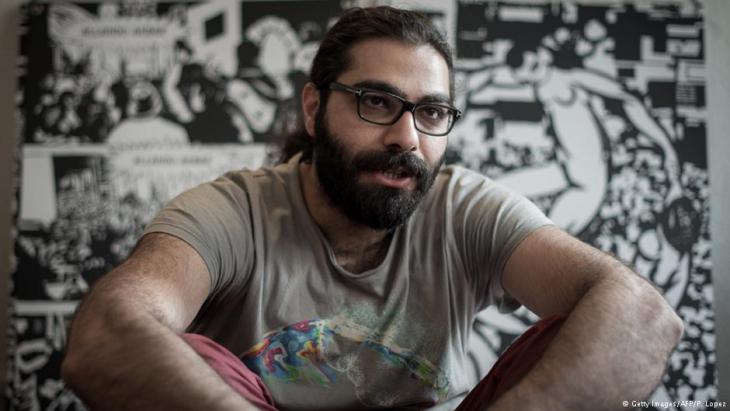 ″The hospital is the true hero″

Defiance in the face of the adversity is the main theme of Hamid Sulaiman′s comic novel ″Freedom Hospital″. In interview with Stefan Dege the author talks about the confounding situation in Syria, about torture, destruction and death – yet also about hope

Mr. Sulaiman, why did you choose the format of a graphic novel to tell the story of the Syrian civil war?

Hamid Sulaiman: I'm a big fan of Art Spiegelman and Joe Sacco. Besides, graphic novels lend themselves well to looking at foreign cultures. Films and documentaries are much more elaborate and costly. A graphic novel consists of pictures and texts while enabling the artists to express their own personal style. In this book, I wanted to summarise the experiences I had during the Arab Spring, without knowing how people would react.

Who is your target audience?

Sulaiman: It's not a book for children. When I present the book, I come across many older people and people of my age. Most of them have an interest in the Middle East, geopolitics and Arab culture. Some of them just want to know more about Syria. 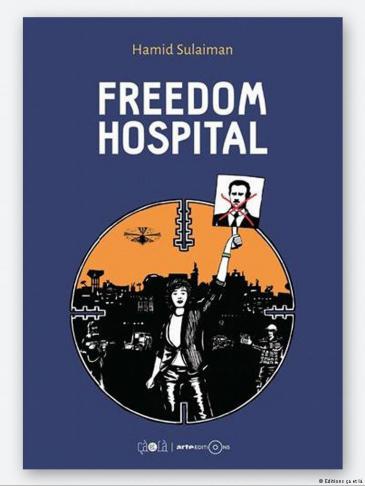 Lest we forget: Hamid Sulaiman fled the Syrian civil war burdened with painful memories. He works through his experience in "Freedom Hospital", relating the story of a peace activist called Yasmin, who runs a small illegal hospital in the Syrian hinterland

Looking at Syria from here, the conflict there seems almost incomprehensible …

Sulaiman: Even for me, it's hard to grasp. There are so many different groups, different conditions and zones of influence in the cities. In some places, radical Muslims have won the upper hand, elsewhere it's the regime or the Free Syrian Army or some other militia. No situation resembles the next. Who can make sense of this? My book reflects that confusion. That's why it doesn't tell the story of a single person, but rather shows what's happening in Syria.

You dedicated your book to a good friend, Hassam Kuhayat. Why?

Sulaiman: Hassam was my very best friend. Like me, he studied architecture. Together, we joined the revolution and participated in demonstrations. Then I had to leave Syria, while he stayed. Just as he was planning to go abroad to continue his studies, he was arrested. One week later, he was tortured to death. I'm not a member of any party. The Arab Spring was a popular movement joined by people like me and you. Most Syrians who placed their hopes in the Arab Spring are now caught between the fronts – on the one side, a terrorist dictator, on the other, Islamists.

Sulaiman:… Everybody knows what this regime is capable of doing, including people who favour Assad. And everybody knows what's happening in Syrian jails. Of course the regime denies all these charges. But do you remember the photographs by Caesar who took pictures of torture victims in a military hospital and then smuggled them out of the country? After he published them in 2013, many Syrians looked through them in order to identify missing family members and friends. I discovered a good friend. He was arrested one and a half years beforehand and then tortured to death. Western countries look at the Syrian civil war and say: "If we have to choose the lesser of two evils, we'd rather live with Assad." 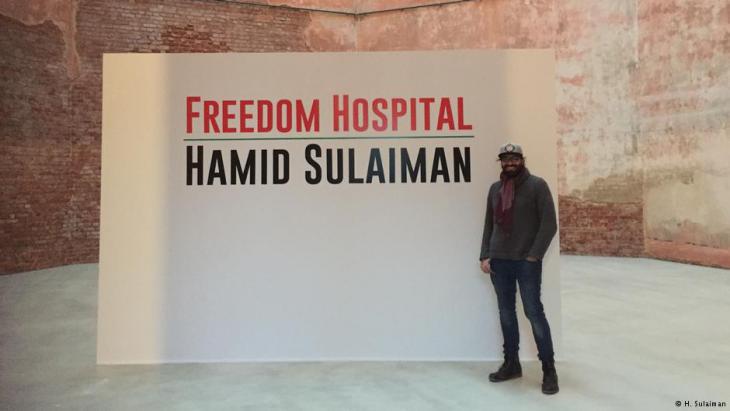 Microcosm of co-operation: in "Freedom Hospital" the wounded from all ideological backgrounds and religious contexts are thrown together. They experience their own personal limits and the abysmal loss of war. What cannot be shown of the horrors of war is reflected in the book′s graphic style: when people are the target of torture or bombs, the drawings are flooded with ink or the image is blacked out

Germany wants to send refugees – excepting Syrians – back to their countries of origin much more quickly in the future. How would you feel, if you were faced with the prospect of returning to Syria now?

Sulaiman: Nobody can return there now. For me the best case scenario would be military service. But that would mean death. It is more likely that I would disappear into prison for a long time. At the same time, I am unable to travel to large parts of the Islamic world. I cannot go to Jordan or Lebanon, or Turkey or Egypt. They won't give me a visa. I cannot live and work there. Nobody wants us Syrian refugees. Yet we're people like everyone else! I'm not saying that we're particularly wonderful. There are good and bad people among the Syrians – like everywhere else in the world.

Your book is called "Freedom Hospital." Why?

Sulaiman: The hospital is the true hero. It's not called "Assad Hospital" or "Baath Hospital" like so many official institutions in Syria. It's called "Freedom Hospital." This is a place where people of all kinds meet. They live and work together. That gives us hope.

Hamid Sulaiman, born in 1986 in Damascus, studied architecture and works as a painter and illustrator. In 2011 he fled from Syria and has lived in Paris since then.

The disappearance of Razan Zeitouneh and her colleagues has been one of the greatest mysteries of the Syrian war – until today. DW's investigative unit hunted clues across six ... END_OF_DOCUMENT_TOKEN_TO_BE_REPLACED

How can the various realities of Kurdish life, shaped by depression, resistance and war, be depicted in art? This is the question addressed by the “bê welat – the unexpected ... END_OF_DOCUMENT_TOKEN_TO_BE_REPLACED

Millions of people in Syria's Idlib region depend on foreign aid that passes through only one border crossing. The UN mandate regulating passage through it will expire on 10 July ... END_OF_DOCUMENT_TOKEN_TO_BE_REPLACED

They’ve already got the Louvre; they’ll soon have a Guggenheim Museum as well – and now the Emirates have added literature to their quest for cultural supremacy in the Arab world ... END_OF_DOCUMENT_TOKEN_TO_BE_REPLACED

By stage-managing his re-election in a poll widely dismissed as a farce, Syria's President Bashar al-Assad has killed two birds with one stone: he has forced his compatriots to ... END_OF_DOCUMENT_TOKEN_TO_BE_REPLACED

END_OF_DOCUMENT_TOKEN_TO_BE_REPLACED
Social media
and networks
Subscribe to our
newsletter