The civil war in Syria means that there are many traumatised and vulnerable Syrian children living as refugees in Lebanon. For them, the few makeshift schools set up to educate them are often the only semblance of normality in their disrupted and difficult lives. Many, however, are not even lucky enough to attend school. Photos by Amy Leang. 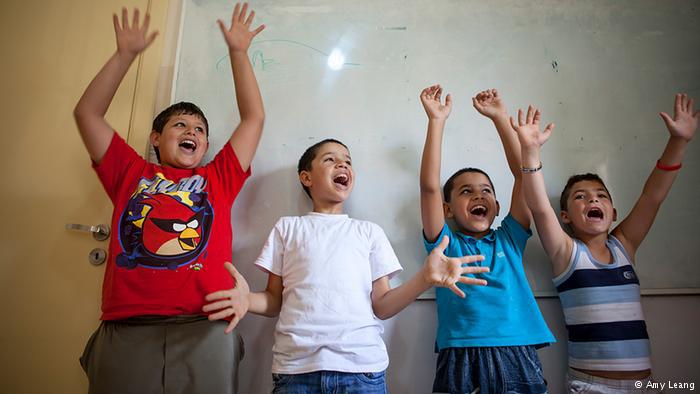 Therapy: Syrian refugee children sing a song at the Karam Zeitoun School in Beirut. Creative activities are therapeutic for the children. "They hear the stories of their parents. They talk about the war, about having no money. When they go to school, they can be themselves. They can be children," says Charlotte Bertal, co-founder of a French NGO that runs the school. 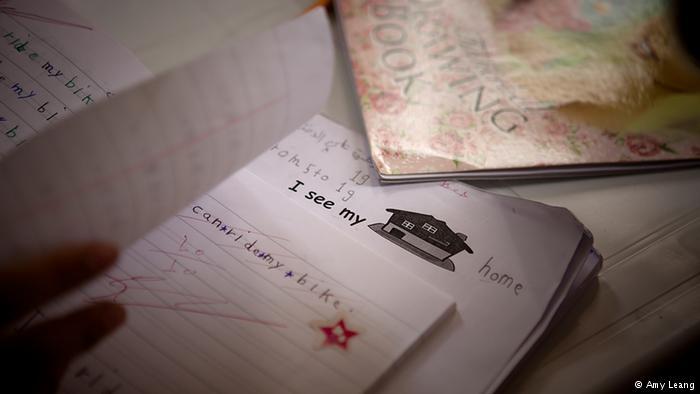 'A second life': a pupil turns the pages of her English-language exercise book at the Karam Zeitoun School in Beirut. The long-term goal is to prepare children for Lebanese public schools – if financially and logistically possible. "It's a second life," says 14-year-old Susanne, who wants to be an artist when she grows up. "Without school, my life would be nothing." 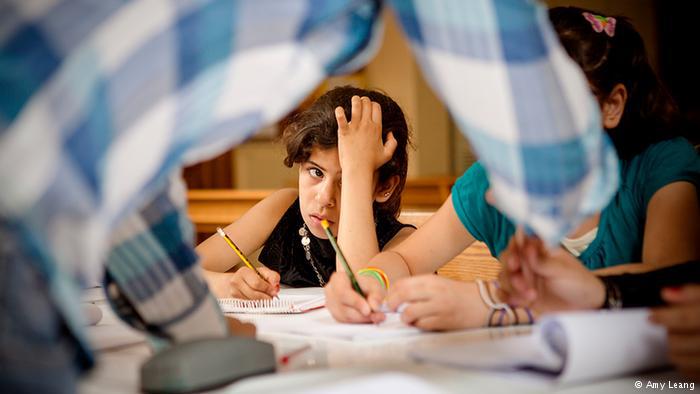 Number-crunching: Diana, 11, tries to keep up with a maths lesson at the Karam Zeitoun School in Beirut. "In general, the difficulties that the students face are that the families can't support or teach them at home. They only learn at school," says their teacher Nasser Al-Issa, who is himself a refugee. 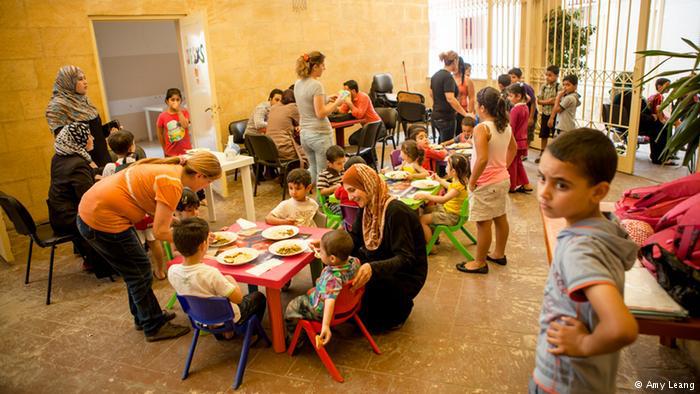 Filling empty tummies: children eat lentils in the courtyard of the Karam Zeitoun School in Beirut. "One room in this neighbourhood costs €300–400 to rent," says Rev. Andrew Salameh of the Nazarene Church. In partnership with the NGO, Yalla! Pour Les Enfants in Syria, his Church runs the non-religious, non-politically affiliated school. "If you're paying that much rent, you have no more money for food." 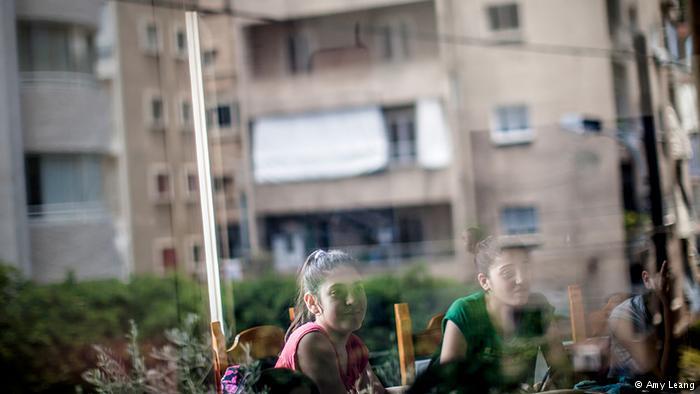 Apartment buildings are reflected in a classroom window at the Karam Zeitoun School in Beirut. "The families live in the neighbourhood," says Rev. Andrew Salameh. "Some rooms are under stairs or on roofs." 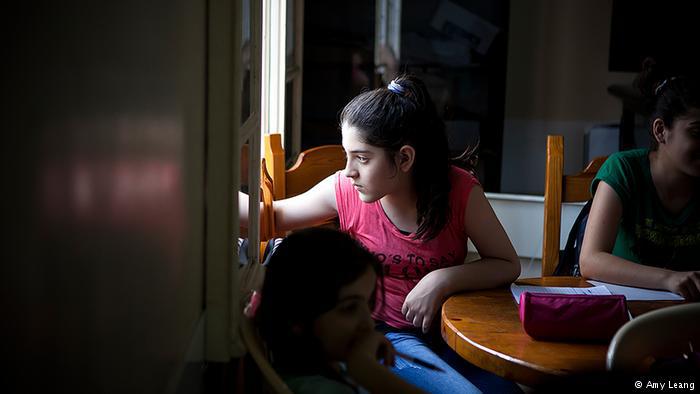 Creative writing: Ashta, 12, looks out the window during a creative writing exercise at the Karam Zeitoun School in Beirut. "Writing workshops and creative activities allow us to assess the psychological needs of the students and refer the child to a specialist if necessary," said Charlotte Bertal, co-founder of Yalla Pour Les Enfants in Syria. 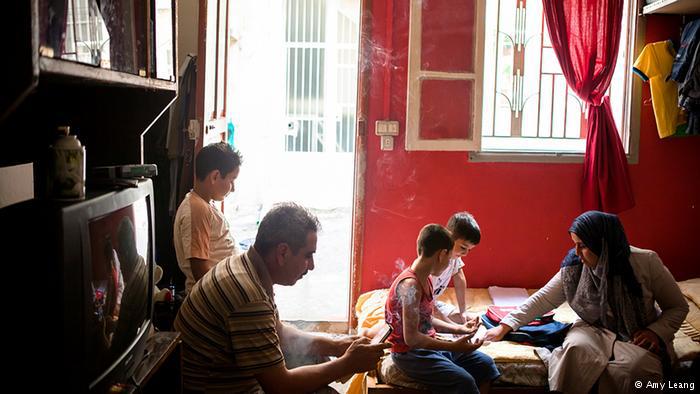 A lost generation? Syrian parents help their children with their maths homework in their rented room in Beirut. "I brought them here because I was afraid they would never learn. I want them to be educated," says their father, who was a farmer in Syria and now does odd jobs in Beirut. "It's a big mistake. If they don't find a solution, this generation will be lost." 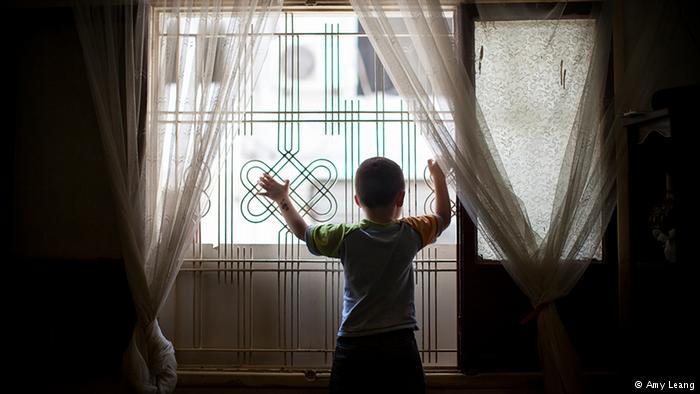 Killing time: Syrian-Armenian refugee Simon, 3, plays in the tiny flat he shares with 10 other family members in Beirut. Refugee children who do not attend school or supplemental educational activities often spend all day at home watching television or playing. "There are 400,000 children," says Charlotte Bertal, "but only 90,000 are going to school. It's a huge problem the UN and NGOs have to address." 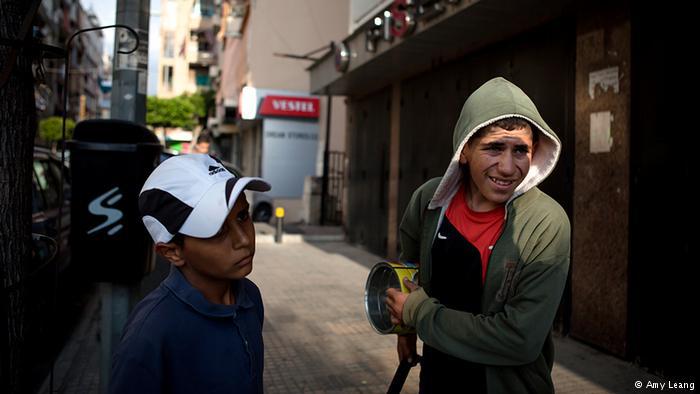 School of hard knocks: Mohammed and Ahmed try to make money polishing shoes. They haven't been in school since 2011. "Of course, we miss school," said Ahmed. "At the school here, they told us if we registered as refugees, they will accept us. But my father has an illness and has to go to Syria to treat it. If he registers, he might be caught by the regime (at the border). That's why we can't go to school." 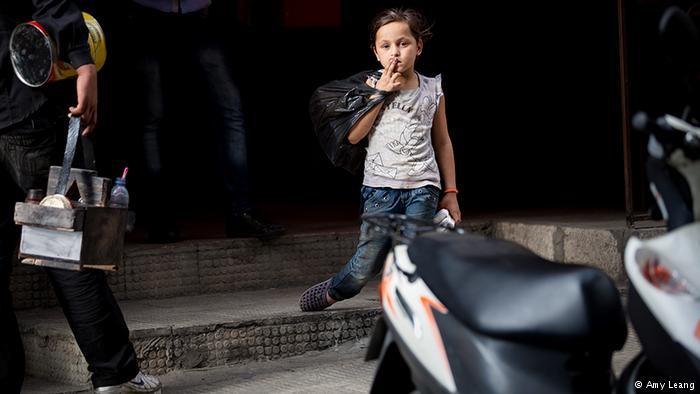 Street life: Nariman, 7, tries to sell packets of tissues to customers at the entrance to a restaurant in Beirut. Nariman was in second grade in Syria before fleeing with her family to Beirut. She gets the packets from her uncle and has to earn 12,000 Lebanese pounds (roughly €6) every day by 6 pm. She spends most of the day unsupervised on the street. 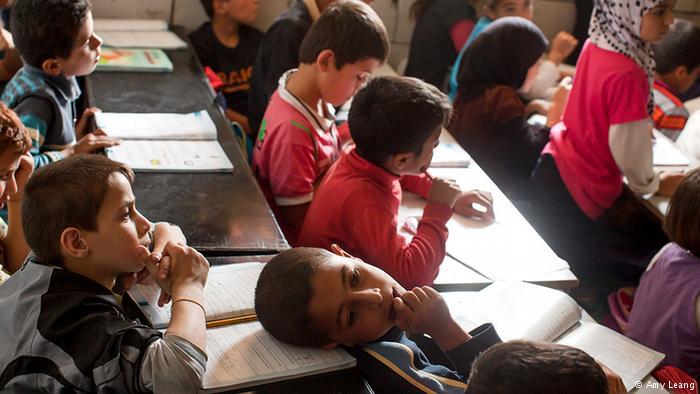 Hard to concentrate: a young child daydreaming during class at a school recently set up by the non-governmental organisation SAWA for Development & Aid near the Syrian border in Bar Elias, Lebanon. "The children have gone through so much fear and so much stress that they don't care anymore," says teacher Shams Ibrahim, herself a refugee from Damascus. "They've broken the fear barrier."

END_OF_DOCUMENT_TOKEN_TO_BE_REPLACED
Social media
and networks
Subscribe to our
newsletter