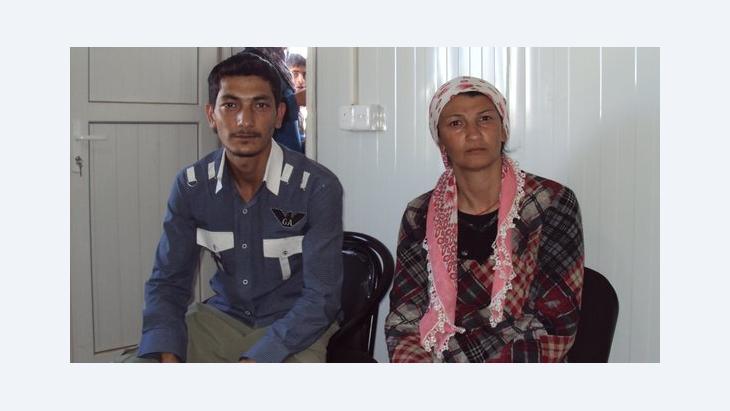 Syrian Refugees in Iraq
Exodus into the Unknown

Birgit Svensson visits a refugee camp in Dohuk in Iraqi Kurdistan where she finds Shefat and her brother Omar: they want to tell the world about the terrible things that are happening to the Syrian people

Shefat is a tough woman and speaks with a loud voice: "We're living in a cemetery," she shouts, frustrated. "People are dying throughout Syria!"

Two days ago, Shefat, 34, arrived here with her family from a village near Homs, where she and her husband had worked on a farm. When the UN blue-helmet troops visited Homs, her husband went into the town to join the demonstrations. After that, Shefat's family's position became increasingly insecure: her niece was shot dead, her sister seriously injured. Their employer, the farmer, took them on his pick-up to the Iraqi border.

Her brother Omar is a conscript in the Syrian army and was serving in Qamishli. When he heard that his sister was on the way to Iraq, he deserted and went with them. "We're Kurds," says Shefat, "and they wanted him to shoot at other Kurds."

Qamishli is in the very north-east of Syria, near the point where the border of Syria, Turkey and Iraq meet. That's where most of the estimated three million Syrian Kurds live. There have been reports that soldiers shoot at refugees trying to get to Turkey. Omar can't confirm it, but he's heard that too. The Kurds have been steadfastly resisting the Assad regime for years; there were uprisings and riots in 1986 and 2004. 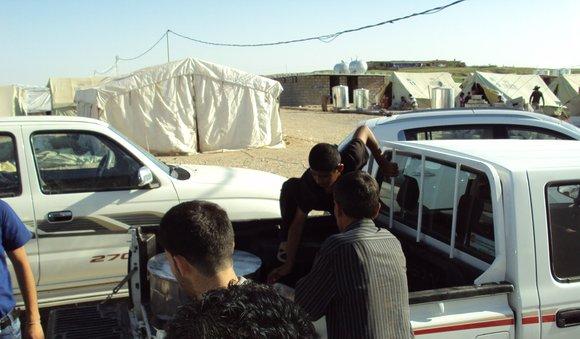 Struggling from day to day: over 5,000 Syrian refugees are now living in a camp in the Northern Iraqi town of Dohuk. For now, there's enough food and medicine for them, but if the situation in Syria gets worse and more refugees start coming, it could get a bit tight

​​The pick-up dropped the family several kilometers away from the border, and they had to make the rest of the way on foot. "We've left everything behind," sighs Shefat. "We only took what we were wearing and what we could carry." They paid a trafficker 75,000 Syrian pounds (930 euros); they walked through the dark for six hours until they were finally on Iraqi soil.

In Rabia, in the far north-west of Iraq, Iraqi Kurdish soldiers directed them to the refugee camps – another 140 kilometers away in the provinces of Dohuk and Erbil, in the secure part of the Kurdish autonomous area. Now Shefak and Omar are sitting in the prefabricated administration hut in a camp outside Dohuk, and they want to tell the whole world how bad things are for people in Syria.

"I'm not scared any more," says Shefat. "You can take pictures." Some people don't want to talk about their stories; they are suffering from shock and have been traumatised by their experiences. Others have close family still in Syria and are worried about what will happen to them if it becomes known their relatives they have fled the country. "The government sees that as treason," says Shefat, explaining why so many people here don't want to have anything to do with the media.

As a refugee, her husband would now be on a blacklist and could expect to be shot if ever he set foot on Syrian soil again. Shefat's husband keeps in the background and just nods briefly. 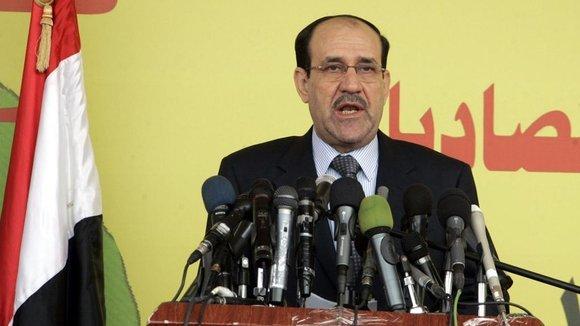 Backing for the regime in Damascus: the Iraqi prime minister, Nuri al-Maliki supports Assad with oil, money and weapons

But in fact, so many people had fled from the regime's violence that it was no longer likely that the lists would continue to exist. Over 30,000 Syrians had arrived in Turkey alone. In Iraqi Kurdistan the refugees were only just beginning to arrive, and there were already 4,000. And there were another 11,000 in Jordan. There must be several thousand in Lebanon too, although there weren't any official figures.

"We Kurds have the worst of it," says Shefat. "We don't have any rights." Over half the Syrian Kurds didn't have papers. She and her family had no identification, so they couldn't travel anywhere and were reliant on the mercy of the Kurdish president Mazud Barzani, who had recently decreed that all Syrian Kurds escaping Assad's terror should be made welcome in Iraq. Until then, Iraqi border guards had turned the refugees back at the border.

Iraqi policy towards Syria is highly ambiguous. While the government in Baghdad, especially Prime Minister Nuri al-Maliki, supports Assad and sends oil, money and weapons to Damascus, the Kurdish regional government in Erbil has placed itself on the side of its "Syrian brothers" in the opposition.

Assad did try to get the Kurds on his side, but his move came too late: early in the year, he promised that Syrian Kurds who didn't have passports would have their citizenship recognised and would get papers. "That was just nice words," complains Shefat, "as so often." 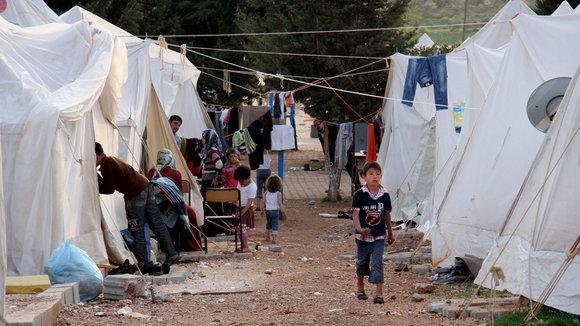 Flight to the north: more than 35,000 Syrians have fled to Turkey to escape the violence in their country

Assad's move was not likely to stop the rebellion against him and his regime. For many years, the Assad regime had simply denied the existence of the Kurds, who make up the largest minority in Syria. Those who didn't agree with the policy ended up in prison or in exile. The Kurdish language and tradition were officially banned. Any attempt to celebrate the Kurdish new year festival Newroz was met with brutal repression from the feared special units of the state security.

Now the opposition alliance's Syrian National Council has appointed a Kurd as its new chairperson. Abdel Baset Seida, who is living in exile in Sweden, has the job of uniting the disparate groups and parties to develop a common strategy in the fight against the regime.

"Syria is my country, my home, my identity," says Shefat in desperation. But she will only be able to return when Assad has been thrown out. Until then, she'll have to remain in the Dohuk camp with the other 1,360 refugees who have arrived so far. A pick-up brings bread and cheese. Blankets and mattresses are also delivered. "We're OK for now," says Zadula, the camp director. The government in Erbil has given him enough money for his 240 families. "But if things get worse in Syria and more people come, then it'll be tight."

A French artist has used photos of torture from Abu Ghraib for an oversized artwork at the Berlin Biennale. Reactions from fellow artists have been mixed, with some criticising ... END_OF_DOCUMENT_TOKEN_TO_BE_REPLACED

Since Ali Khamenei, Iran's most powerful man, has openly and unconditionally come out in support of Putin's war in Ukraine, logistical help is on its way, with an allegedly ... END_OF_DOCUMENT_TOKEN_TO_BE_REPLACED

The Palestinian militant organisation Hamas, with Hezbollah's help, is building up a military presence in Lebanon, the ultimate consequences of which could be devastating, writes ... END_OF_DOCUMENT_TOKEN_TO_BE_REPLACED

In this essay, renowned Lebanese journalist and writer Hazem Saghieh asks whether the Arab Levant, which stretches from Iraq in the East to Egypt in the West, will remain an ... END_OF_DOCUMENT_TOKEN_TO_BE_REPLACED

Extreme drought in Iraq has given German and Kurdish archaeologists the unique chance to examine an ancient Bronze Age city that was hidden beneath the water of a reservoir for ... END_OF_DOCUMENT_TOKEN_TO_BE_REPLACED

With his fist bump greeting for a man he previously called a pariah, US President Biden has paved the way for Saudi Crown Prince Mohammed bin Salman's return to the international ... END_OF_DOCUMENT_TOKEN_TO_BE_REPLACED
Author:
Birgit Svensson
Date:
Mail:
Send via mail

END_OF_DOCUMENT_TOKEN_TO_BE_REPLACED
Social media
and networks
Subscribe to our
newsletter