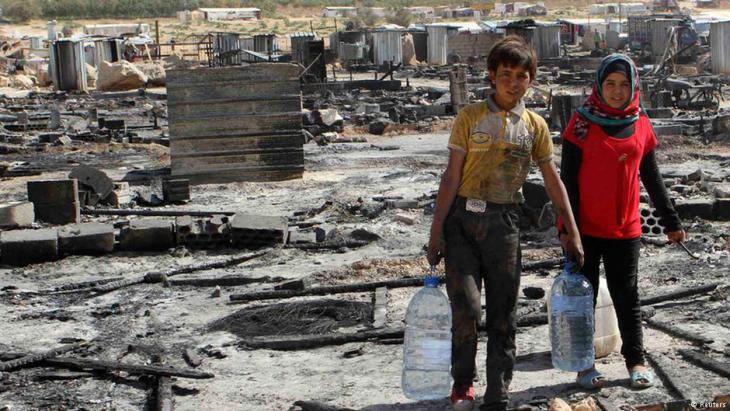 Syrian refugees
The burden of hospitality

Under increasing financial pressure, Syriaʹs neighbours – Lebanon, Jordan and Turkey – are pressuring Syrian refugees to return to their home country, whether conditions across the border are safe or not. By Jesse Marks

As the Syrian war inches closer towards its eighth year, continuing to displace Syrians, the West is collectively resettling fewer Syrian refugees – beginning with the EU-Turkey refugee deal in March 2016 and continuing with President Donald Trumpʹs push to resettle Syrians in Jordan and Lebanon instead of the United States.

This shift is intensifying pressure on Syriaʹs neighbours, who already shelter millions of Syrian refugees amid high unemployment, regional instability and reduced international funding. Host governments are increasingly resorting to detentions, deportations, evictions, residency restrictions and other coercive tactics to push refugees back.

Despite the staggeringly high 5.5 million registered Syrian refugees and an estimated 6.5 million IDPs in 2016 – and an additional 200,000 displaced from northwest Syria alone since December 2017 – the total number of Syrians who were resettled in Western countries dropped from roughly 48,000 in 2016 to 30,000 in 2017.

With the exception of Germany, Canada, the United Kingdom and Australia, who have committed to resettling more refugees in 2018, others are reluctant to keep resettling Syrians and are instead favouring programmes that resettle refugees in neighbouring countries.

Yet the advocated long-term settlement of Syrians in Jordan, Lebanon and Turkey requires extensive long-term international financial commitments, leaving these countries vulnerable if donor priorities shift and funding dries up. 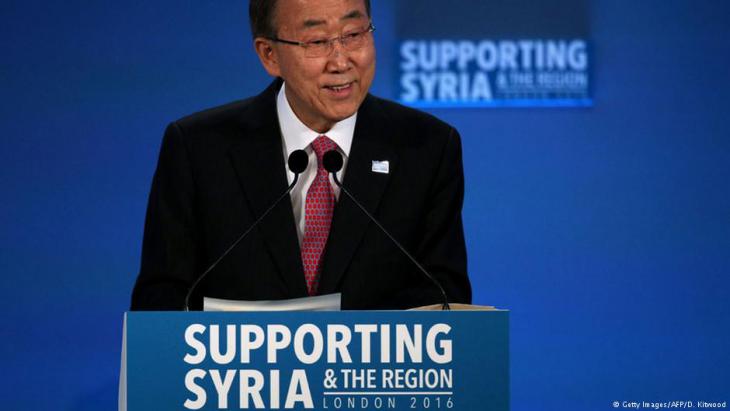 The difference between pledging and giving: with the international community regularly failing to follow through on its pledges, host governments are being forced to rely on funding earmarked for domestic expenses to fill the gap in funding services for refugees – at an estimated annual cost of $2.5 billion for Jordan and $10 billion for Lebanon

The financial burden on Jordan and Lebanon to provide for refugee populations already surpasses their national capacities, forcing them to rely heavily on unreliable international assistance.

Although UN member states pledged $12 billion for host countries at the 2016 Supporting Syria and the Region donor conference in London and an additional $6 billion at the 2017 Supporting the Future of Syria and the Region donor conference in Brussels, they consistently fall short of fulfilling these pledges. Lebanonʹs national response plan – a joint initiative with the UN to address Lebanonʹs challenges related to the Syrian conflict – only received 54 percent of pledged funding in 2015, a level which sank to 46 percent in 2016 and 43 percent in 2017. Meanwhile, funding was raised for only 62 percent of Jordanʹs national response plan in 2016 and 65 percent in 2017.

Host governments are relying on funding that had been earmarked for domestic expenses to fill the gap in funding services for refugees – an estimated annual cost of $2.5 billion for Jordan and a total estimated annual cost of $10 billion for Lebanon. Ahead of the unveiling of Jordanʹs 2018-2020 response plan on 1 February 2018, Prime Minister Hani al-Mulki commented that Jordan has reached capacity in its provision of services, expenditure of national resources, not to mention its exploitation of social and physical infrastructure to the benefit of Syrian refugees.

Recent efforts to rehabilitate Assad are setting a damaging precedent for accountability, just as the international community is expressing the need to hold Russia to account for ... END_OF_DOCUMENT_TOKEN_TO_BE_REPLACED

Nouara may be 65, but she is ready to join thousands of others who burn their ID and pay traffickers for the chance of a new life in Europe. Zineb Bettayeb reports END_OF_DOCUMENT_TOKEN_TO_BE_REPLACED

Education for girls and women is still possible in Afghanistan, says Reinhard Eroes of the Kinderhilfe Afghanistan initiative. In interview with Elisa Rheinheimer, he talks about ... END_OF_DOCUMENT_TOKEN_TO_BE_REPLACED

Locals in the Middle East have said European critics are showing bias and hypocrisy when they condemn Qatar. Observers agree that Qatar has had to deal with more criticism than ... END_OF_DOCUMENT_TOKEN_TO_BE_REPLACED

In Doha, Arabs from Morocco, Tunisia, Egypt and Algeria are gathering to celebrate the first ever FIFA World Cup to be held on Arab soil. The criticism from Europe? Over the top, ... END_OF_DOCUMENT_TOKEN_TO_BE_REPLACED
Author:
Jesse Marks
Date:
Mail:
Send via mail

END_OF_DOCUMENT_TOKEN_TO_BE_REPLACED
Social media
and networks
Subscribe to our
newsletter