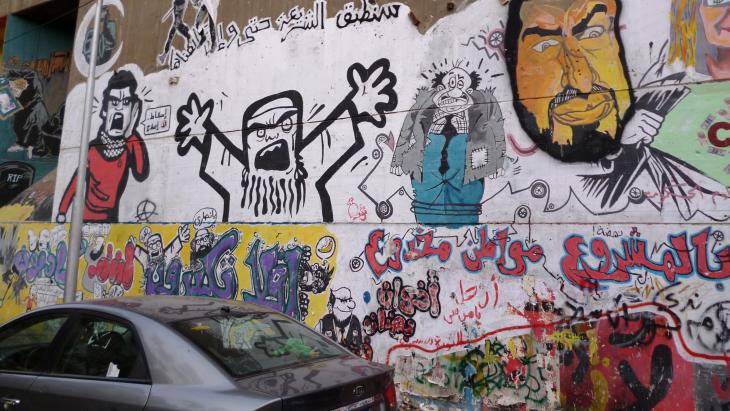 Tahrir and Taksim – Part I

A new culture of protest

In 2011 and 2013, two major cities in the Islamic world were rocked by popular unrest. The extended demonstrations seemed to usher in a new culture of protest. In this two-part report, Amin Farzanefar looks at how the art and music scenes changed in Cairo and Istanbul as a result of these protests

The wave of protest that began on Taksim Square, Istanbul, in June 2013 and subsequently spread throughout Turkey sparked a debate on the similarities and differences between events there and in Tahrir Square in Egypt two years previously.

Besides discussion of the historical and cultural roots of the two countries, the focus also turned to the social make-up of the protest groups, the role played by the army behind the scenes, the alleged involvement of foreign and domestic interest groups from the worlds of politics and business as well as the involvement of religious and secular forces within the two protest movements.

Discussion of such things has not only provided a fresh perspective on recent events, it has also cast past decades in a new light.

Tahrir and Taksim: these two central and historically important squares became the scenes of mass demonstrations of popular political will and were occupied by the protestors for much longer than the usual duration of a protest. The longer they were cut off from everyday life, the more each of these spaces developed into a heterotopia for those involved – an alternative societal space where demands for a better, more democratic and pluralistic form of coexistence are realised.

Among the many things Gezi Park/Taksim Square and Tahrir Square had in common were the discussions and lectures that were organised there, the setting up of "people's libraries", skills exchanges and free medical treatment in particular for the victims of police brutality. Special de-escalation patrols were set up to arbitrate peacefully between various parties in the event of conflicts. 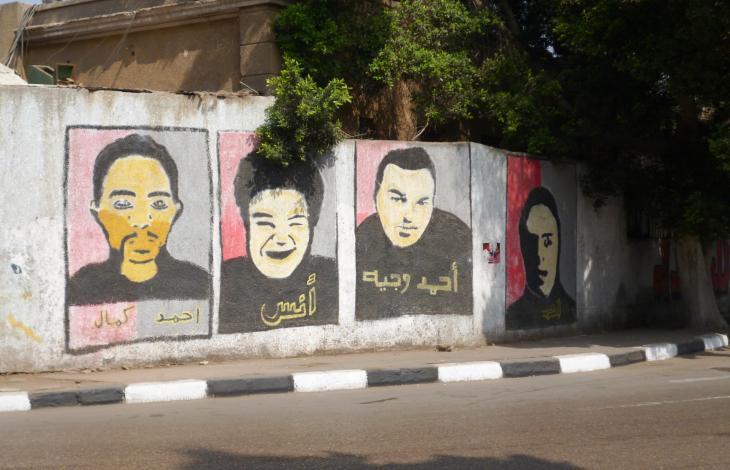 Out of the galleries and onto the streets: "A clear trend has been evident in all of this, namely the shift from the more latent political art in museums and galleries towards the more explicit and the public space."

This provided opportunities for the denunciation of protesters: in Istanbul, such denunciations ranged from accusations that demonstrators had consumed alcohol in the mosque to absurd stories of orgies involving Armenians, Jews and Muslims. Such divisive and over-simplifying rhetoric on the part of the authorities was in stark contrast to the integrative approach of the protesters, especially in terms of religious and social minorities. In both cities it became commonplace to see groups of praying people being protected by demonstrators. Attempts in Cairo to play Copts and Muslims off against each another proved futile. On Tahrir Square, protestors took to carrying the Koran and the Bible and wearing crosses and misbahas (prayer beads) as symbols of tolerance and unity.

The speed of some of some multimedia responses to events was quite breathtaking. The Jordanian video collective Kharabeesh, for example, came up with a series of cartoons – immensely popular in Egypt – that contradicted the speeches made by Mubarak in which he completely ignored the reality of the situation in his country. In Istanbul, Twitter and Facebook – swiftly followed by other media – were quick to react to the "total blackout" on CNN Turk, which ran a nature programme on penguins instead of reporting on uncontrolled police violence – an open invitation to ridicule and one which launched countless jokes and penguin-suited street performances.

Graffiti, the most obvious of protest forms, was also highly interactive. What had been a covert, semi-legal or illegal art form, suddenly witnessed a veritable explosion of styles, techniques and ideas; its practitioners – Ganzeer, Ammar, Keizer, Nazeer, El Zeft, Nemo, the Mona Lisa Brigade and many more – became stars almost overnight.

The works produced ranged from iconographic representations of victims as martyrs to playfully anarchic pictograms. The large-scale trompe l'œil-style frescos painted on road blocks by the "No Walls Project" were so accurate terms of perspective and alignment with the streets behind them that they made the roadblocks virtually invisible. 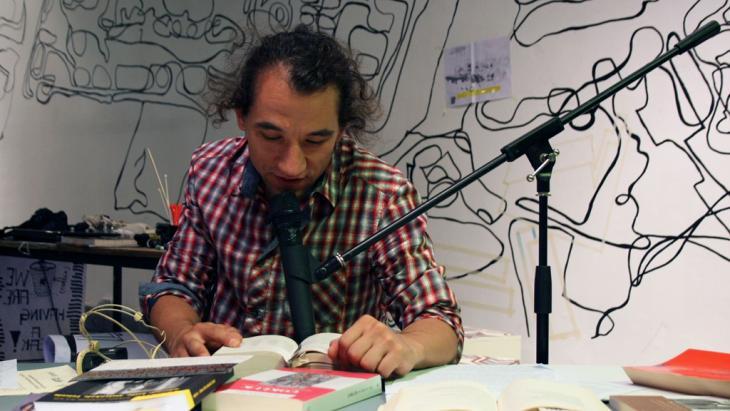 "On Taksim Square, the choreographer and artist Erdem Gunduz, who has become known as the 'duran adam' (standing man), showed through his mute protest how an individual can respond to excessive police violence," writes Amin Farzanefar

Because almost all wall paintings were continually being modified, painted over, painted out and repainted, the urban space seemed to be in a constant state of transformation.

The city as art space

A clear trend has been evident in all of this, namely the shift from the more latent political art in museums and galleries towards the more explicit and the public space. This spontaneous and non-institutional use of the entire urban space as art space brought with it a critical questioning and redefining of the established locations used for the presentation (and definition) of art. The setting up of new venues as well as the reassessment of a number of existing exhibition spaces, studios, collectives and festivals was the consequence.

On Taksim Square, the choreographer and artist Erdem Gunduz, who has become known as the "duran adam" (standing man), showed through his mute protest how an individual can respond to excessive police violence. In the process, he got a massive reaction from the media, huge public support and a German media prize.

The famous Istanbul Biennial, however, with its reputation for exploring forgotten places and off-spaces in less attractive urban areas, and which is actually seen as being progressive and critical, somehow failed to come up with an appropriate response to events in Gezi Park and to follow the artists in their artistic conquest of public space.

Social media make many things possible – including the unwanted circulation of intimate private photos. This has given rise to new forms of crime and sexual blackmail. An ... END_OF_DOCUMENT_TOKEN_TO_BE_REPLACED

The change in U.S. president is also having an impact on the conflict between Turkey and Greece. Since the USA has started to play the Greek card, the strategic situation in the ... END_OF_DOCUMENT_TOKEN_TO_BE_REPLACED

Arab women played a leading role in the protest movement of 2011. Since then, ongoing social transformation has had a considerable impact on their lives. What is their assessment ... END_OF_DOCUMENT_TOKEN_TO_BE_REPLACED

They’ve already got the Louvre; they’ll soon have a Guggenheim Museum as well – and now the Emirates have added literature to their quest for cultural supremacy in the Arab world ... END_OF_DOCUMENT_TOKEN_TO_BE_REPLACED

Years in the making, Sisi's elite New Administrative Capital will isolate most Egyptians from their centres of government in an effort to fortify the regime against any social ... END_OF_DOCUMENT_TOKEN_TO_BE_REPLACED

Professor Timothy Brennan's "Places of Mind: A Life of Edward Said" is a detailed biography of one of the most important intellectuals of the twentieth century, taking us on a ... END_OF_DOCUMENT_TOKEN_TO_BE_REPLACED
Author:
Amin Farzanefar
Date:
Mail:
Send via mail

END_OF_DOCUMENT_TOKEN_TO_BE_REPLACED
Social media
and networks
Subscribe to our
newsletter