Populists in Switzerland fail to realize that Islam is by now a European religion and that Muslim citizens are largely integrated, says Tariq Ramadan in his commentary. However, part of the blame lies with Muslims, too, claims the Swiss Muslim scholar 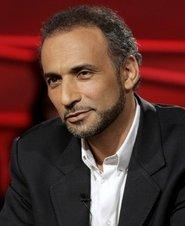 Looking beyond symbols: "It is difficult for ordinary citizens to embrace the new Muslim presence as a positive factor," says Tariq Ramadan

​​It wasn't meant to go this way. For months we had been told that the efforts to ban the construction of minarets in Switzerland were doomed. The last surveys suggested around 34 percent of the Swiss population would vote for this shocking initiative. Last Friday, in a meeting organized in Lausanne, more than 800 students, professors and citizens were in no doubt that the referendum would see the motion rejected, and instead were focused on how to turn this silly initiative into a more positive future.

Today that confidence was shattered, as 57 percent of the Swiss population did as the Union Démocratique du Centre (UDC) had urged them to – a worrying sign that this populist party may be closest to the people's fears and expectations.

For the first time since 1893, an initiative that singles out one community, with a clear discriminatory essence, has been approved in Switzerland. One can hope that the ban will be rejected at the European level, but that makes the result no less alarming. What is happening in Switzerland, the land of my birth?

The minarets are but a pretext

There are only four minarets in Switzerland, so why is it that it is there that this initiative has been launched? My country, like many in Europe, is facing a national reaction to the new visibility of European Muslims. The minarets are but a pretext – the UDC wanted first to launch a campaign against the traditional Islamic methods of slaughtering animals but were afraid of testing the sensitivity of Swiss Jews, and instead turned their sights on the minaret as a suitable symbol. 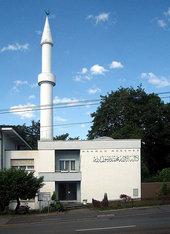 "Do these people want to Islamise our country?" - In all of Switzerland, there are only four minarets in total

​​Every European country has its specific symbols or topics through which European Muslims are targeted. In France it is the headscarf or burka; in Germany, mosques; in Britain, violence; cartoons in Denmark; homosexuality in the Netherlands – and so on. It is important to look beyond these symbols and understand what is really happening in Europe in general and in Switzerland in particular:

While European countries and citizens are going through a real and deep identity crisis, the new visibility of Muslims is problematic – and it is scary.

At the very moment Europeans find themselves asking, in a globalizing, migratory world, "What are our roots?," "Who are we?," "What will our future look like?," they see around them new citizens, new skin colours, new symbols to which they are unaccustomed.

Over the last two decades, Islam has become connected to so many controversial debates – violence, extremism, freedom of speech, gender discrimination, forced marriage, to name a few – it is difficult for ordinary citizens to embrace this new Muslim presence as a positive factor. There is a great deal of fear and a palpable mistrust.

Who are they? What do they want? And the questions are charged with further suspicion as the idea of Islam being an expansionist religion is intoned. Do these people want to Islamise our country?

The campaign against the minarets was fuelled by just these anxieties and allegations. Voters were drawn to the cause by a manipulative appeal to popular fears and emotions. Posters featured a woman wearing a burka with the minarets drawn as weapons on a colonized Swiss flag. The claim was made that Islam is fundamentally incompatible with Swiss values. (The UDC has in the past demanded my citizenship be revoked because I was defending Islamic values too openly.) 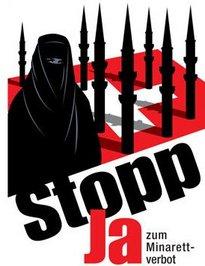 Switzerland under siege: the campaign against the minarets was fuelled by anxieties and a manipulative appeal to popular fears and emotions, Ramadan argues

​​Its media strategy was simple but effective. Provoke controversy wherever it can be inflamed. Spread a sense of victimhood among the Swiss people: We are under siege, the Muslims are silently colonizing us and we are losing our very roots and culture. This strategy worked. The Swiss majority is sending a clear message to their Muslim fellow citizens: We do not trust you and the best Muslim for us is the Muslim we cannot see.

Who is to be blamed? I have been repeating for years to Muslim people that they have to be positively visible, active and proactive within their respective Western societies. In Switzerland, over the past few months, Muslims have striven to remain hidden in order to avoid a clash.

It would have been more useful to create new alliances with all these Swiss organizations and political parties that were clearly against the initiative. Swiss Muslims have their share of responsibility, but one must add that the political parties, in Europe as in Switzerland have become cowed, and shy from any courageous policies toward religious and cultural pluralism.

It is as if the populists set the tone and the rest follow. They fail to assert that Islam is by now a Swiss and a European religion and that Muslim citizens are largely "integrated." We face common challenges, such as unemployment, poverty and violence – challenges we must face together. We cannot blame the populists alone – it is a wider failure, a lack of courage, a terrible and narrow-minded lack of trust in their new Muslim citizens.

Tariq Ramadan, a Swiss citizen, is professor of contemporary Islamic studies at Oxford University. His most recent book is "What I Believe."

Tariq Ramadan Debate
Dismissal over TV Show
Tariq Ramadan, one of Europe's best-known Muslim intellectuals, has been removed from the University of Rotterdam because he works for an Iranian television channel. Dirk Schümer has the details

Tariq Ramadan
"Globalisation Critics Are Naïve"
Tariq Ramadan, Islamic scholar based in Geneva, says that it is time to stop defining Islam in opposition to the West. In this essay, he argues that the anti-globalist movement is naïve in thinking it can be successful without aligning with the Islamic world

END_OF_DOCUMENT_TOKEN_TO_BE_REPLACED
Social media
and networks
Subscribe to our
newsletter