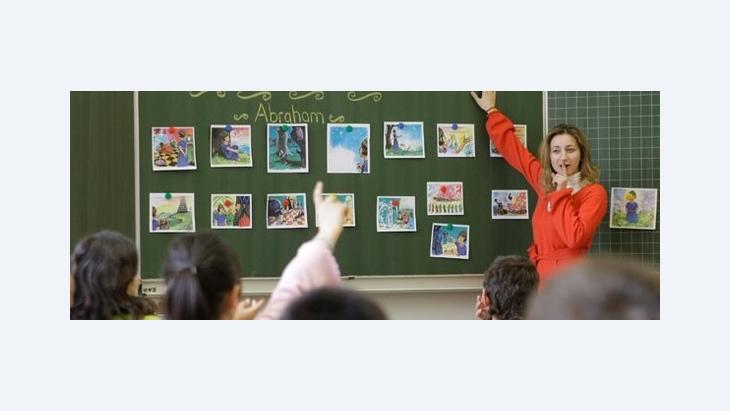 Religion Must Not Be Regarded as an Integration Problem

﻿If it wants to be authentic and relevant to practice, religious education along denominational lines should not become an instrument of integration and should take the expectations of Muslims seriously. Nimet Seker takes a stand

However, a latent discrepancy in the expectations of the public, the political sphere and Muslims is apparent. 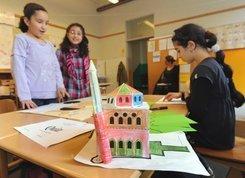 Islamic education in mosques is often based on learning by heart and reflection on ethical and spiritual matters are often not given sufficient attention, writes Nimet Seker

​​The majority of Muslims are expecting religious education classes that will impart Islamic values and norms to their children and provides guidance, information and reflection about their faith. The classes are supposed to offer Muslim children the opportunity to build up a relationship with God and learn about ethical behaviour, which has been missing in schools until now. While Catholic and Protestant children sit in their religion classes in primary schools in Lower Saxony or elsewhere, Muslim children do not have lessons in ethics instead but just have to while away their time. In their first four school years, the children are pretty much left on their own.

Conversely, some people are dissatisfied with Islamic education in mosques because it is often based on learning by heart and reflection on ethical and spiritual matters are often not given sufficient attention. Only a few mosque associations work with staff that has been trained in pedagogy and education because there are not enough resources. This is why the Muslims' expectations of Islamic education in schools is very high.

The politicians and the public have somewhat other expectations: Recently, Christian Walter, Professor of Public Law at Münster University, spoke of the state's "legitimate taming interest" in the context of creating professorships of Islamic Studies in universities. At a conference on Islamic education in Germany, Interior Minister Thomas de Maizière spoke about a "valuable contribution to integration". It seems almost to be a law of nature that when Islam is mentioned, integration automatically crops up.

Participation is the keyword, not integration

Moreover, from the point of view of religious education teachers, it would probably be a catastrophe. Religious education must not use the ethnic and religious background of schoolchildren as an opportunity to reflect on the failures of "integration". Whether Aisha is more integrated because she takes part in her school trip and her school friend Malika does not has nothing to do with religion. Nor is this a question of politics. Integration is a social matter.

Religion in the grip of politics: Fearing that students who are not involved in state-supervised religious courses may be exposed to extremism in unsupervised Koran classes, there has been some impetus for authorities to take action by initiating Islamic religious lessons at public schools

In his speech, Minister de Maizière also spoke of Islamic education as a means for Muslim schoolchildren to be equal. Rightly so: Muslim schoolchildren should think, in German, about their faith in class, and their awareness of living in a Christian and non-religious environment will also be heightened. Participation is the keyword, not integration. No integration miracle should be expected from Islamic education classes.

To integrate means to fit into a greater whole. When this expression is used, German society is pictured as a homogeneous collective. Muslim identity is not linked to ethnic or national identity. Islam emphasises the equality of all people before God. Unfortunately, in certain mosque associations, national identity still plays a role. That is why Islamic education conducted in German now has a great chance before it: The egalitarian notion of Islam can be highlighted by teaching Muslim children of Bosnian, Arab, African, Turkish or German origin together. This is a strong and important factor in pluralistic Germany.

I see a chance for children to grow together in their religious education classes, and for respectful communication within Muslim communities and with non-Muslims. This is why the introduction of Islamic education classes in German schools should be welcomed.

However, one basic question arises: If the secular state, in North Rhine-Westphalia or elsewhere, bans teachers from wearing headscarves, might it not be disturbed that schoolchildren are learning Muslim prayers? Both are examples of lived religion. The situation is paradoxical.

Public opinion influences politics and vice versa. In public opinion, lived Islam is often perceived as disturbing: Let's recall the verdict in the case of the Berlin schoolboy who made a legal bid for the right to pray at school, thereby causing a great deal of commotion. From an educational and legal point of view, such questions are not a problem – they can be solved to the satisfaction of everybody involved. However, the negative impact lingers on. This is a sign that lived Islam is still considered as something strange. 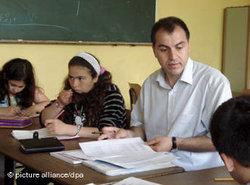 Religiously divided: Unlike Sunni or Shia Muslims, the Turkish Alevis are recognised as a religious community in certain federal states in Germany and have already introduced denominational religious education

​​The public perceives a problem in this regard that in reality has already disappeared. For example, the interaction between Muslim "denominations": The Turkish Alevis are recognised as a religious community in certain federal states and have already introduced denominational religious education.

Sunni and Shia Muslims of different origins have come together to work on a common curriculum as part of the Muslim umbrella organisation named 'Schura Niedersachsen' (Schura Lower Saxony). Thus, Sunni children learn something about Shia particularities and vice versa – this in itself is already a great gain since this form of dialogical reflection barely exists in the Koran classes that are offered in mosques.

The "problem of Islamic denominations" is a spectre cooked up by the media and it plays no role for Muslim associations and committees involved in Islamic education.

Schools and mosques can complement each other

From the Muslim perspective, the problems lie elsewhere: Some parents are worried that the contents of these classes might be devoid of meaning. They would like authentic, comprehensive religious education that also integrates the practice of faith. This does not mean that schoolgirls should wear headscarves and boys should grow beards like Prophet Muhammad. To teach the practice of faith means to teach the rituals, for example the ritual of praying five times a day. But how will this happen? Will teachers roll out prayer mats and prostrate themselves toward Mecca? Probably not.

The spiritual meaning of individual components of the prayer can be reflected upon in school. A school can only deliver theoretical knowledge and rightly so. Each schoolchild should be able to decide freely how to practise his/her faith.

Other questions arise regarding practice: How will the ban on idolatry be approached in class? Praying to images that represent Allah, the prophets or others is taboo in Islam. In an ideal case, such images would not even be produced since they can serve to relativise monotheism. Such details pose a challenge to Islamic education, and still need to be dealt with from a religious and educational point of view. They are sometimes so theologically complex that one can question whether they should even be taught in school. Is school the right place?

These are questions relating to religious education. However, the biggest problem for Islamic education is that there are not enough teachers with adequate training. In many schools, teachers who have not been trained in the subject at all are teaching it. Often they are teachers of Turkish and Arabic and their attitude ranges from critical of religion, to non-religious to very religious. It is not hard to imagine how personal attitudes influence classes if they are taught by people who have never been trained to teach religious education. That is why religious teachers have to receive training, especially in didactics as this is crucial for an Islamic education that makes sense in pedagogical terms.

The ongoing debate about the political usefulness of Islamic classes has to come to an end. What is now necessary is a discussion about the general educational conditions. Universities have to build up their religious education departments and think about didactical questions, so that children can receive an education in values and ethical behaviour.

The Kurdish YPG militia did the heavy lifting in the fight against the "Islamic State", yet many foreign YPG adherents, including Germans, have come home to find themselves under ... END_OF_DOCUMENT_TOKEN_TO_BE_REPLACED

Few Muslims have to date visited the Auschwitz-Birkenau concentration camp memorial site. Now high-ranking representatives of Muslims and Jews are travelling together to the place ... END_OF_DOCUMENT_TOKEN_TO_BE_REPLACED

The terror attacks in Paris, Brussels and Berlin were all carried out by men radicalised in jail. In Germany, politics and the judiciary are trying out new approaches to prevent ... END_OF_DOCUMENT_TOKEN_TO_BE_REPLACED

Elke Muller is fighting for her daughter Anna, who fell in love with a young Afghan and converted to Islam. The mother spoke to Esther Felden about feeling alienated and her fear ... END_OF_DOCUMENT_TOKEN_TO_BE_REPLACED

As historian Wiiliam Dalrymple writes in his essay, scholars are only now beginning to realise the extent to which the Mughal emperors adopted what most would assume to be ... END_OF_DOCUMENT_TOKEN_TO_BE_REPLACED

Comments for this article: Religion Must Not Be Regarded as an Integration Problem

Religion must not be regarded an integration problem

Much of the issues surrounding the religious education for Muslim children can be resolved by defining what the religion of Islam means. The faith and customs of Islam has a historical context that is true for practically all religions. The Christianity or Hinduism today is way apart from its counterpart of even a century ago. Even if we look around the present day world, a religion is experienced in different ways at different geographical locations. Islam at Karachi where educated girls do not wear a hijab and educated men are clean shaved men is in sharp contrast to Islam in Rawalpindi where women would normally wear a scarf or burqa and men will grow beard. Islam in China, Indonesia, Saudi Arabia and Tunisia for example differ in customs and orientations. Thus it is simply not possible to standardize a universal model of lived Islam.

German authorities will do better by focusing on the clearly stated universal paradigms of the Qur'an - its social, moral and ethical paradigms, its emphasis on good deeds, good inter-faith relations, multi-culturalism (marriage across faith), tolerance, equity, justice, commercial ethics and so on. Traditionally Islamic scholarship has reduced Islam to a set of rituals and stripped it of its functional and universal paradigms - conceivably to prevent any social and political awareness among the masses that would have conflicted with the interest of their patrons, the Caliphs and the ruling elite. But Islamic Caliphate is a dead horse. By any stretch of imagination it can not come to life again. So there is no historical necessity to take a politically informed reductive view of a universal faith. The writer will draw the attention of relevant German authorities to his recent publication expounding the universal dimensions of the Qur''anic message [Essential Message of Islam] as a fitting resource material for Islamic education and orientation of the imams in Germany.