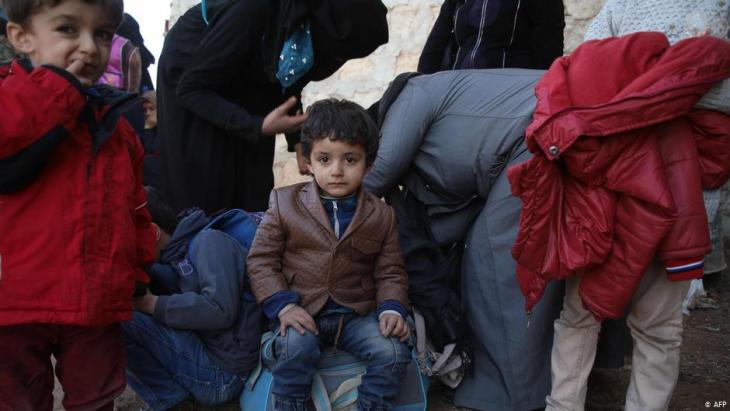 Ten years since the start of the Syrian war, the situation for the population is desolate. Prices for basic foodstuffs have risen by 250 percent in the past year and are unaffordable for many people. Three out of 4 people in Syria rely on external assistance for basic needs, while some 12 million people have had to leave their homes. Report by Action Against Hunger

"Many people have reduced their daily meals to two, bought food on credit or sold their livestock and belongings to obtain money. This clearly shows how closely war and hunger are linked," reports Nasr Muflahi, country director of Action Against Hunger in Syria. "We see many boys and girls leaving school to go to work and a dangerous increase in child marriage," Muflahi said. Action Against Hunger has been providing emergency humanitarian aid in Syria since 2008 and currently has 114 staff on the ground.

Syrian women – crucial for the future of the country

Women are particularly hard hit by hunger and malnutrition in Syria, as they are worldwide - with far-reaching consequences. "More than 500,000 pregnant women have no access to adequate health services. The lack of micronutrients leads to anaemia and thus malnutrition of the baby. Much of the damage caused in this way will be irreversible, limiting children's ability to learn as well as their physical growth," explains Chiara Saccardi, regional director of Action Against Hunger. "Additionally, women are experiencing an increase in domestic violence and sexual harassment, which increase exponentially in conflict contexts," she adds.

Many women in Syria are not only affected by hunger and poverty, but also take on sole responsibility for feeding children and elderly relatives due to the loss of family members. Action Against Hunger stresses that an end to the Syria crisis is only possible if women are fully and actively integrated into peace processes.

A decade of war has destroyed the country's infrastructure. In addition to the emergency humanitarian aid that is still needed, reconstruction in the country must be stepped up with the aim of making Syrians independent of aid.

"Distributing water from tankers or food rations cannot be a lasting solution. It is neither sustainable nor humane. It is time to start rebuilding an exhausted country. It is time to allow the safe return of the more than five million refugees in neighbouring countries and the more than six million internally displaced people," says Helene Michou, advocacy officer for Syria at Action Against Hunger. The organisation is also in favour of suspending international sanctions in the short term, as the transfer of funds from abroad could facilitate reconstruction.

Action Against Hunger is one of the few international organisations that has been able to work in the country and provide humanitarian aid since the war began. Our aid reaches 2.3 million people in 14 provinces. We have helped provide clean drinking water, food aid and shelter to the affected population. In addition, we are implementing health programmes.

Home
Print
Newsletter
More on this topic
Syria′s traumatised children: The horror that never fadesSyrian conflict: The war in Syria is not overRebuilding Syria: Who should foot the bill for Assad?Reconstruction in Syria: The next battleground
Related Topics
Assad regime, Authoritarianism, Development aid, Humanitarian aid, Poverty, Refugees, Syrian Civil War
All Topics

The Kurds are under attack from two sides: from Turkey, and from Iran. The situation in their territories in northern Iraq is becoming increasingly desperate. Birgit Svensson ... END_OF_DOCUMENT_TOKEN_TO_BE_REPLACED

More than 300 children in rebel-held northwest Syria kicked off their own football World Cup on Saturday, with organisers hoping to shine a light on communities battered by 11 ... END_OF_DOCUMENT_TOKEN_TO_BE_REPLACED

Lamya Kaddor, MP for Germany’s Green Party, visited Qatar with a group of parliamentarians. In interview with Claudia Mende, she advocates a differentiated picture and urges that ... END_OF_DOCUMENT_TOKEN_TO_BE_REPLACED

Arabs in the German capital? For many, this means criminal clans. Yet the city is home to a vibrant intellectual scene. Exiles from Syria, Palestine and Egypt are gathering to ... END_OF_DOCUMENT_TOKEN_TO_BE_REPLACED

After a two-year hiatus, the Arab League re-convened at the beginning of November in Algiers against a backdrop of uncertainty and discord. By Pierre Boussel END_OF_DOCUMENT_TOKEN_TO_BE_REPLACED

In the run-up to the COP27 global climate summit, hosted by Egypt in November, it is worth noting that little rainfall, aggressive heatwaves and worsening drought make the Middle ... END_OF_DOCUMENT_TOKEN_TO_BE_REPLACED
Date:
Mail:
Send via mail

END_OF_DOCUMENT_TOKEN_TO_BE_REPLACED
Social media
and networks
Subscribe to our
newsletter