When right wing terrorists shoot and kill dozens of Muslims, it is as much an attack on our values as it would be if the perpetrators had been Islamists. Open society must take a decisive stand against such deeds. A commentary by Matthias Drobinski

The act feels so distant, so unreal. In Christchurch in New Zealand, on the other side of the world, shooters mowed down people in two mosques; Muslims gathered there for Friday prayers. At least 49 people are dead.

The killers are terrorists, right wing terrorists. Their attack on Muslims at prayer is just as much an attack on western democracies, human rights and pluralism as the attacks carried out by Islamist murderers on synagogues and churches, on people sitting in cafés or media offices.

After 13 November 2015, the Paris attack was described as an attack on "our way of life". If that description held true at that time, it also holds true now, in relation to 15 March 2019. A day that also marks a rupture in our civilisation.

After all, although the scene of the crime may be far away, the act itself is not. It has already been made ubiquitous through its live streaming from a camera mounted on the attacker's helmet; the manifesto – a clear declaration of responsibility from the attackers themselves – is aimed at Muslims and migrants, wherever they may live. The message is getting through. In Germany too, anyone living as a Muslim sensed on that day: They mean me – whether I'm devout or secular; it's also irrelevant how long I've been living here as a good citizen. You shouldn't feel safe. You shouldn't feel at home.

With the exception of those on the ultra-right fringes of society, non-Muslims here in Germany are also horrified at the bloodbath. But the deed exposes the subtle and nevertheless tangible differences between the rage of the unaffected and the anger that overtakes those it is aimed at: is the response the same when the target is a synagogue or church? This question does not seek to offset. It listens restlessly and also fearfully to the heart of the nation and hopes for an answer.

Following the attacks by Islamists, a whole series of Muslim representatives insisted that violence has nothing to do with Islam. This statement was refuted, and rightly so.

After all, this violence does indeed have systematic causes, and one of them is an interpretation of Islam that justifies violence, perceives non-believers as second-class citizens and defames democracy and pluralism as immoral.

Equally, questions must now be asked concerning the systematic causes and justification models of right wing terrorism, which is no less of a global phenomenon.

And yes: This terrorism also has its roots in racist supremacist ideologies, in hatred of Islam and the Muslims, in the idea that anything regarded and experienced as foreign has less of a right to exist.

So, just as hatred of "the West" is prevalent far beyond the Islamist terrorist milieu and feeds terror, hatred of "Islam" also fuels terror.

Both necessitate an unequivocal rejection from open society, one that is robustly declaimed and enforced by all the powers of the state.

Home
Print
Newsletter
More on this topic
White terrorism: Murder on their mindsRight-wing populism in Europe and the USA: Those who cry wolfAfter the Paris attacks: The dangerous "alliance" between Islamism and Islamophobia
Related Topics
International terrorism, Islamophobia, Jihadism | Jihadists, Muslims in the West, Radicalisation, Right-wing populism
All Topics

The question of whether religious texts are interpreted in a tolerant or a hostile way is closely tied to the historical context in which the interpretation takes place. The ... END_OF_DOCUMENT_TOKEN_TO_BE_REPLACED 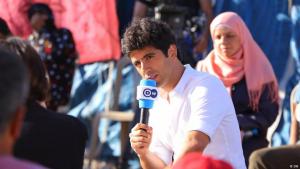 German politicians and media have been surprisingly quiet in the wake of the attack on two mosques in New Zealand. Donʹt we care about the victims, asks Jaafar Abdul Karim END_OF_DOCUMENT_TOKEN_TO_BE_REPLACED 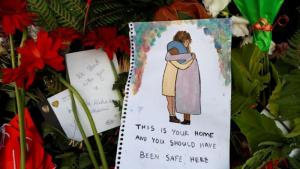 Following last Friday's attacks, German Muslims are worried that their places of worship may be targeted too. Christoph Strack writes that there is a simple way for non-Muslims to ... END_OF_DOCUMENT_TOKEN_TO_BE_REPLACED 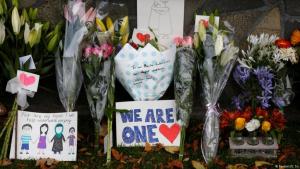 In the wake of the Christchurch attack, people took to the Internet to publish messages of both outrage and sympathy, as well as calls for retaliation. Where hatred prevails, ... END_OF_DOCUMENT_TOKEN_TO_BE_REPLACED 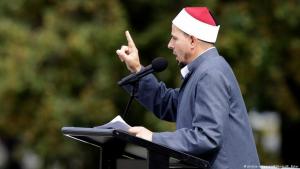 It is one week since the deadly attacks on two mosques in Christchurch, New Zealand. Imam Gamal Fouda of the Al Noor mosque gave this sermon during Friday prayers held in Hagley ... END_OF_DOCUMENT_TOKEN_TO_BE_REPLACED 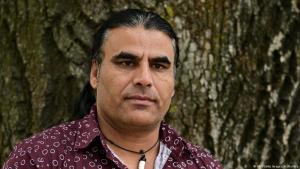 Armed only with a credit card reader, Abdul Aziz Wahabzada confronted the attacker in Christchurch. His actions are believed to have prevented further deaths. By Nasim Saber and ... END_OF_DOCUMENT_TOKEN_TO_BE_REPLACED

Comments for this article: A rupture in our civilisation

One of the few good things to come out of the recent slaughter at Christchurch Mosque is both the overall reaction of the NZ nation and the dignity, humanity and decency of the NZ Premier.

NZ values its people while the governments of many other countries, including the dis-United Kingdom, seem to delight in finding new indignities to pile upon us.

The resurgence of fascism, plus the encouragement of nationalism, disguised as patriotism, xenophobia, intolerance and outright racism are warning signs we cannot ignore.

I have many wonderful Muslim friends, plus Christians, Jewish, Sikhs, Hindus and a multitude of others, including atheists.

We are all sons and daughters of Creation - we all live, love, laugh and cry; but some poor souls have been drawn to the dark side. They’re bitter, unhappy, sad, tormented souls, not ‘right in the head’ my grandmother would have said. Such was the Christchurch killer, his name is unimportant.

I remember being shocked to the core some 25 years ago, when a poor little baby boy named James Bulger was led away from his mother by two older boys to a horrific and violent death. The poignant image of that trusting innocent child, holding hands with them has haunted me ever since. It was his time and place to meet his maker seems the only logical answer, but what do I know?

The U.S. is seemingly full of tortured souls, with almost weekly attacks upon innocence. As if killing a good soul helps those tortured ones, but it’s all an illusion.

Love is eternal, it can never die. Each of our souls continue, hopefully in Paradise, but perhaps not for some. Our atoms never die, they return to the vastness of the Universe and the Creator.

Our hearts cry out in pain for the ones left behind, a pain that lingers, until at last reunited in a higher place.

Don’t despair, there’s a reason for it all, it’s just not ours to see. But have faith that there’s a purpose for even those ‘not right in the head’ but we could just do with a break from it all - 100,000,000 years should do the trick. Peace and love to all❤️