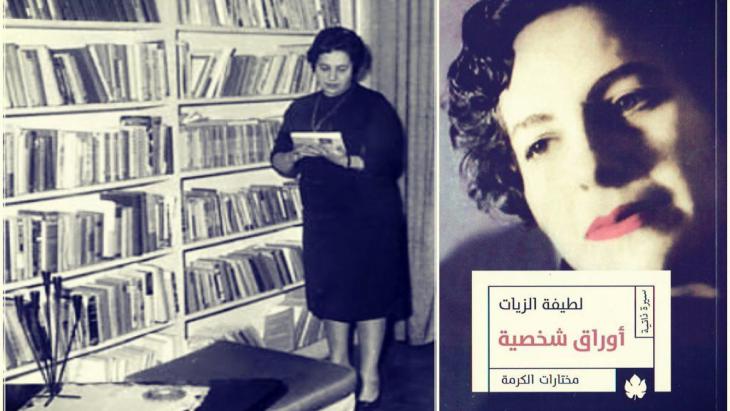 Dauntless to the end

Her book "Al-Bab al-Maftooh" (The Open Door), published in 1960, made Latifa al-Zayyat famous overnight. Her reputation as a feminist writer was sealed by the film version of the novel, starring the legendary actress Faten Hamama (at the time, the wife of Omar Sharif). By Sherif Abdel Samad

In "El Bab El Maftuh", Latifa al-Zayyat took on the widespread misogyny in Egyptian society like no other writer before her. The novel criticised the way women had to behave and dress, without attracting the slightest attention to themselves; the self-hatred with which the protagonist Laila grows up because she is a girl; and the social barriers that are placed in front of young women in the name of tradition and morality.

When Laila asks why she should marry the autocratic Professor Ramzi, he simply replies: because you obey! But in the end, Laila does manage to free herself from the yoke of her tyrannical father and society as a whole, by taking up arms and fighting the English alongside the Egyptian rebels in Port Said.

A life for the pan-Arabian ideal 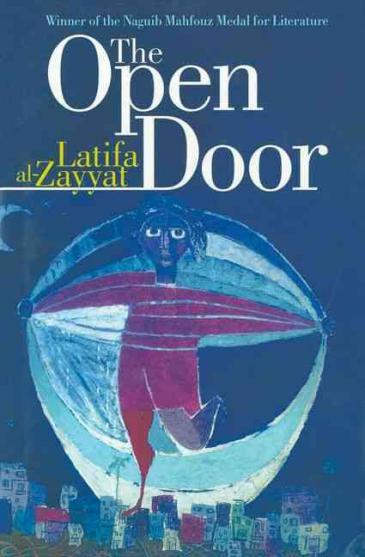 The political activist, feminist and author Latifa al-Zayyat (1923-1996) worked as professor at the Ain Shams University and as director of the Egyptian Academy of Arts. She was awarded the "Naguib Mahfouz Medal for Literature" – the most prestigious award in existence for Arabic literature – for her novel "The Open Door"

The emancipatory picture of women drawn by al-Zayyat in 1960 undoubtedly corresponded to the then-President Gamal Abdel Nasser′s secularist and autocratic understanding of politics. Using socialist and communist states as a blueprint, Nasser embodied a modern, secular Egypt, which he nevertheless ruled with an iron hand. And the romantic and nationalistic undertone of al-Zayyat′s avant-garde novel fits with the pan-Arabian ideal that dominated at the time. Laila′s dream is only finally fulfilled when she gives up her individuality in favour of a collective identity.

Al-Zayyat was arrested for the first time, along with her first husband, in 1949. In her autobiography, published in Arabic in 1992 under the title "The Search", she looks back on those dark days: the six months she spent in isolation, the disillusioned young woman she once was, her prison guard, as well as being constantly on the run from the police. Her autobiography casts a critical eye over the various phases of her life, describing her student years as a political activist and Nasser′s death, though the book hardly touches on his repression.

Like so many Egyptian writers of the Nasser era, who were unable to articulate their thoughts freely, al-Zayyat′s prose becomes caught up in a repetitive, flowery and sometimes muddled language, which seems immature and fails to reflect the social contexts of the time convincingly. Only in her later creative phase, she writes, did she finally understand that free will must be constantly renewed.

The trauma of imprisonment

In the era of Sadat, who had more than 1500 intellectuals and opposition supporters locked up shortly before his death in 1981 for opposing his liberal economic and peace policies with Israel, al-Zayyat was imprisoned once again. In this phase of her literary activity she links collective consciousness with subjective perception, exploring the points of intersection in an engaged and emancipated existence, while providing a detailed portrayal of her experiences during her two periods of incarceration. She reports on the uprising of the women prisoners against bullying by the prison guards and the constant humiliation of inmates.

The memories that al-Zayyat associates with her time in prison are traumatic and not without their consequences. Right up until her death, the courageous feminist consistently denounced the police and surveillance state in her homeland, as for example in her 1991 novel "The man who knew his charge". Oppression by those in political power was not fundamentally different from the methods of a gang of murderers, she summarised in the novel with some bitterness.

Against the backdrop of the huge political upheavals at the time, al-Zayyat paid a high price for her tireless political engagement and her merciless criticism of society, serving time in prison and continuing to shake taboos. For this reason her literary legacy remains incredibly important.

The Egyptian series "El-Ekhteyar 2" was created by a production company with close ties to the military – and pursues a corresponding narrative. Moritz Baumstieger explains how ... END_OF_DOCUMENT_TOKEN_TO_BE_REPLACED

Looking to mobilise the Egyptians, Abdul Fattah al-Sisi and his ministers will refer to them as the "people". As soon as the Egyptians demand something of the state, however, they ... END_OF_DOCUMENT_TOKEN_TO_BE_REPLACED

The rollout of coronavirus vaccines in the Middle East and North Africa is already taking place on a massive scale, with the United Arab Emirates leading the way. Nevertheless, ... END_OF_DOCUMENT_TOKEN_TO_BE_REPLACED

Egyptian singer Umm Kulthum continuous to be an icon, almost 100 years after she published her first record. But what about the other famous women of the 1920s? In his new book, ... END_OF_DOCUMENT_TOKEN_TO_BE_REPLACED

The Prophet Muhammad never executed anyone for apostasy, nor encouraged his followers to do so. Nor is criminalising sacrilege based on Islam’s main sacred text, the Koran. In ... END_OF_DOCUMENT_TOKEN_TO_BE_REPLACED

Archaeologists have uncovered the remains of an ancient city in the desert outside Luxor in Egypt. They say it dates back to the golden age of the Pharaohs more than 3,000 years ... END_OF_DOCUMENT_TOKEN_TO_BE_REPLACED
Author:
Sherif Abdel Samad
Date:
Mail:
Send via mail

END_OF_DOCUMENT_TOKEN_TO_BE_REPLACED
Social media
and networks
Subscribe to our
newsletter