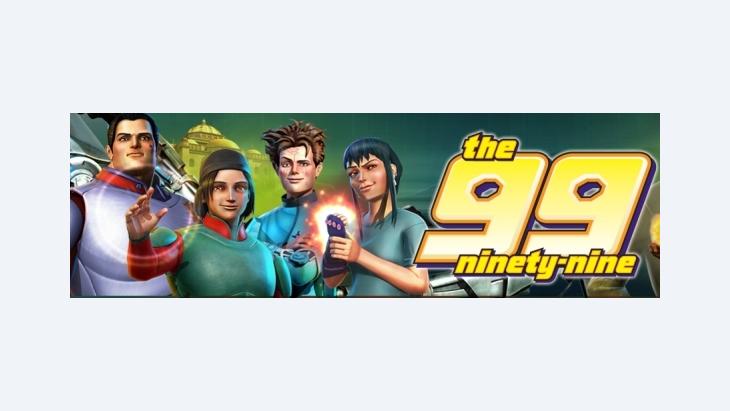 ﻿It's the year 1258. Panic grips Baghdad: Mongol leader Hülägü, grandson of the feared Genghis Khan, besieges the capital of the Islamic Abbasid Kingdom with his troops. Hülägü's plan: destruction. First and foremost of the large library, the world-famous Dar al-Hikma. He wants to hit Baghdad, the "centre of scholarship and knowledge in the civilized world", right at its heart. After all: "knowledge is power".

This is the start of the comic "The 99", which can now be seen in its television series format for the first time in the Middle East and Australia. The children love them, the 99 super heroes who today – seven centuries after the Mongol invasion, fight for what Hülägü sought to destroy: the accumulated knowledge of Abbasid high culture. 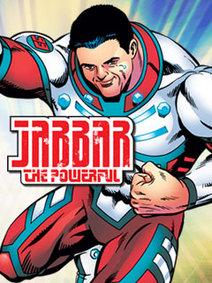 ​​To make it brief: Hülägü razes Baghdad to the ground, storms the library, thousands of books end up in the Tigris. But the conquered Muslims – here we depart from historic facts – do not give up: they submerge 99 prepared gemstones in the river and simply absorb all the knowledge that's been dissolved into the water. The Noor stones have been created, the stones of light – imbued with the wisdom of Islamic civilization.

Three knights bring the 99 stones to Andalusia, to Islamic Spain, where a young, inquisitive scholar named Rughal has a clever idea: He guides rays of moonlight through the stones, merges them into a gigantic laser beam, shines this beam onto himself – and: "WUSP!", as it says in the comic, the plan backfires. There's a terrible crash, Rughal turns evil instead of clever. And … fast-forward, we're in the 21st century.

This is where the story of "The 99" is essentially set – a story that can be summed up in just a few words: good versus evil. Good is represented by the 99 superheroes. Distributed throughout 99 nations of the world, each of them possesses one of the knowledge-saturated Noor stones, which gives them superhuman talents.

Evil is represented by their adversaries, who have set their sights on the powerful stones. First and foremost: Rughal (yes, he survived the centuries, but anyone who thinks that's a crazy story should remember Superman, who came from Planet Krypton).

Location change. We leave the comic, but stay in the 21st century. Barack Obama is standing at a lectern talking about interfaith dialogue. It's the "Presidential Summit on Entrepreneurship 2010". "Where is Dr. Mutawa?", Obama asks the audience. A man puts up his hand. "His comic books," Obama continues, "have captured the imagination of many young people. His superheroes embody the teachings and the tolerance of Islam." 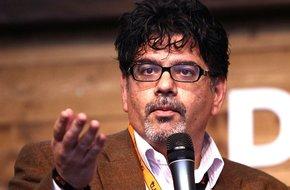 "The 99" creator Naif al-Mutawa: "I went back to the sources from which others derive hatred and violence, and put tolerance and peace in their place"

​​That's exactly what Dr. Naif al-Mutawa, the creator of "The 99", intended for his characters. When the Kuwait-born psychologist and businessman relates how his heroes and heroines were conceived, it appears to have been a lofty process.

"I went back to the sources from which others derive hatred and violence, and put tolerance and peace in their place," he says. And in any case, he points out: "Batman and Superman were created by young Jews in the US and Canada, based on the Bible." But where were the superheroes for children in the Islamic world?

Every hero has something of Allah

Now they're here, on screens in Marrakech, Cairo, Aleppo and Riyadh. On T-shirts, wallpaper and caps. 99 comic heroes, created according to the characteristics of Allah himself: God, the merciful; God, the powerful; God, the light, and so it goes on, says the Koran. Every hero and every heroine possesses one of God's 99 attributes. One super talent per superhero.

"Jabbar, the Powerful" for example. He's especially popular with children. A kind-hearted, musclebound Saudi Arabian. Or "Noora, the Light", from the Emirates. She uses her hands to shape balls of light and play little tricks and games. And then there's Batina, the Hidden. Like a chameleon, she blends in with her surroundings, becoming invisible. 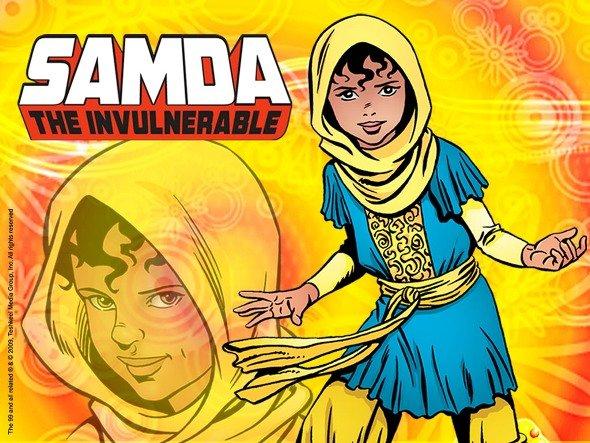 Religous subtext: Every hero and every heroine possesses one of God's 99 attributes. Pictured: Samda the Invulnerable

​​Unlike her unveiled super-colleague Noora, Batina the Yemenite not only wears a headscarf, she is quite literally hidden beneath a niqab, a type of face veil typical in Yemen. And this is probably the main reason why the television series has not yet been aired in the US. The US children's channel The Hub had already acquired the rights, but then came the criticism, as not everyone shared Barack Obama's enthusiasm for the Islamic superheroes.

Journalist Daniel Pipes wrote an article describing them as "comic missionaries for Islam". "The superheroes are all Muslim. Several of them come from western countries such as the US and Portugal. The evil characters, on the other hand, are for the most part non-Muslims," he wrote in the National Review Online in April, and warned against the "Islamic indoctrination of western children".

Are the heroes religious?

But Al-Mutawa insists that "The 99" is not a religious comic. And indeed: none of the heroes ever prays. No one goes to the mosque. No one talks about Islam. Apart from the heroines wearing headscarves, the superheroes' take on religion remains an open question. 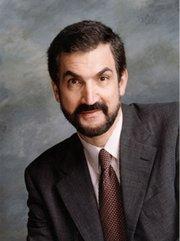 ​​But nevertheless, the culture of Islam remains an important aspect of the comic. The entire backstory from the decline of the Abbasid Empire roots the comic in the history of Islam. Like numerous scriptwriters and comic illustrators before him, al-Mutawa follows on from a culturally deeply anchored narrative – with one key difference:

"The 99" does not portray the world view of a superior West (James Bond) or the story of an American saviour of the world (Superman), but the topos of a once great Islamic civilization in times of political and cultural crisis.

The fact that the superheroes emanate from Baghdad is a deliberate choice – not the devastated Baghdad of today, but the global metropolis of yore: a place where art, culture and science flourished. The place where Al-Kindi had the work of Aristotle and Plato translated.

As for the children who were glued to their television screens during this year's Ramadan to ensure they didn't miss a single episode of their favourite series, "The 99" presented the Abbasid Empire to them as the Muslims' golden age. This is not indoctrination. This – admittedly rather distorted – portrayal of Islam's heyday is based on the urge to acquire knowledge, and the wisdom captured in the 99 Noor stones.

These Islamic comic figures appear to be one thing above all else: unusual. Not only for children in the Arab world, but also for adults in the West.

Home
Print
Newsletter
More on this topic
Muslim Superheroes: The Arab HulksComics Artists in the Arab World: Swimming against the TideComic Book against Teenage Islamism: Speech Balloons for SleepersMohamed Sifaoui's "Bin Laden Unveiled": A Comic Book Assassination of al-Qaida
Related Topics
Dialogue of Cultures | Intercultural Dialogue, Islam and the West, Islam in the U.S., Islamic art, Lifestyle, Muslims in the West
All Topics

Since returning to power in Afghanistan, the Taliban have steadily eroded the rights and opportunities of women and girls, particularly their access to education. But Afghans are ... END_OF_DOCUMENT_TOKEN_TO_BE_REPLACED

The book "The Invention of the Maghreb: between Africa and the Middle East" prompts us to review basic terminology. This includes terms that we use almost every day as if they are ... END_OF_DOCUMENT_TOKEN_TO_BE_REPLACED

Tunisia has been going through a severe economic and political crisis in recent years. More than one in three young people there are unemployed. For many skilled, qualified and ... END_OF_DOCUMENT_TOKEN_TO_BE_REPLACED

At the end of every year, the team at Qantara.de gives you a run-down of the ten most-read articles on the site over the past 12 months. Here is a quick overview of the stories ... END_OF_DOCUMENT_TOKEN_TO_BE_REPLACED

The government in the Netherlands, one of the last European nations to abolish slavery, has made an historic apology. But some feel that there is still a long way to go. By Ella ... END_OF_DOCUMENT_TOKEN_TO_BE_REPLACED

To celebrate the bicentenary of the deciphering of the Rosetta Stone, the British Museum is running an exhibition entitled "Hieroglyphs: unlocking ancient Egypt" until February ... END_OF_DOCUMENT_TOKEN_TO_BE_REPLACED

Comments for this article: Islamic Super-Heroes

is a wonderful islamic comic

END_OF_DOCUMENT_TOKEN_TO_BE_REPLACED
Social media
and networks
Subscribe to our
newsletter