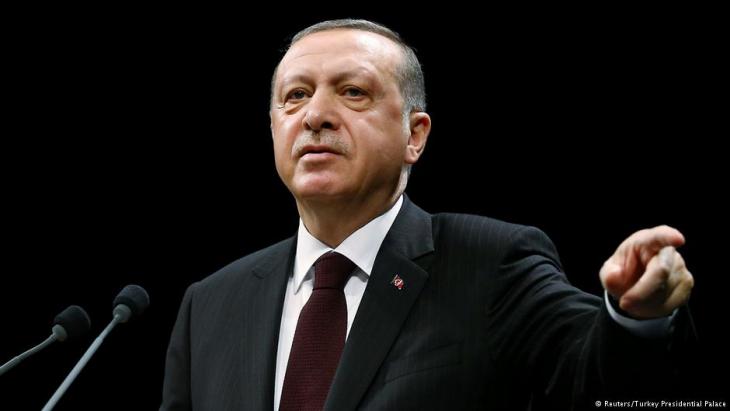 The achievements of Erdogan
With me or against me

The Turkish president is adept at cultivating his own public image. Speaking of national unity, he mobilises supporters and denounces opponents. National unity, however, vanished long ago. Erdogan’s divisiveness is exacerbating the country′s problems. Commentary by Timur Tinc

After their landslide election victory in 2002, the goal of Erdogan and his conservative Islamist party AKP was to get the country out of its deep economic crisis. At the same time, Erdogan began transforming Turkey step by step, rolling back the secularism of Mustafa Kemal Ataturk, the founder of the Turkish republic and endorsing religiously conservative world views.

Trade unionists, left-wingers, Alevis or homosexuals all are a thorn in the side of the 62-year-old leader. When people protested against him in Gezi Park in the summer of 2013, he ordered a police crackdown. Those who count themselves Erdogan’s friends today may find themselves the enemies of tomorrow.

The supporters of Fethullah Gulen, a Muslim leader, were long considered the AKP’s welcome helpers. In 1999, Gulen fled into exile in the USA after a video emerged that instructed his followers to infiltrate the state apparatus. Unlike the AKP, the Gulen movement had competent supporters in government agencies. When the AKP rose to power, it therefore forged an alliance with these Islamist brethren.

Erdogan managed to rid himself of difficult opponents, including alleged conspirators, during his first years in office and Gulenist state prosecutors helped him do so. When, however, disputes broke out between Gulen supporters and the AKP over power and positions, the president declared war on their ″parallel structure″. Erdogan has since ordered the transfer or dismissal of thousands of state prosecutors and police officers who are blamed of being Gulenists.

On 15 July 2016, a failed coup attempt claimed the lives of over 200 people. The event played into Erdogan’s hands. He held the Gulen movement responsible. Erdogan declared a state of emergency and has ruled by decree ever since. Tens of thousands of people were arrested, accused of adhering to the Gulen movement. More than 120,000 people lost their jobs, regardless of whether the accusations were true or not. 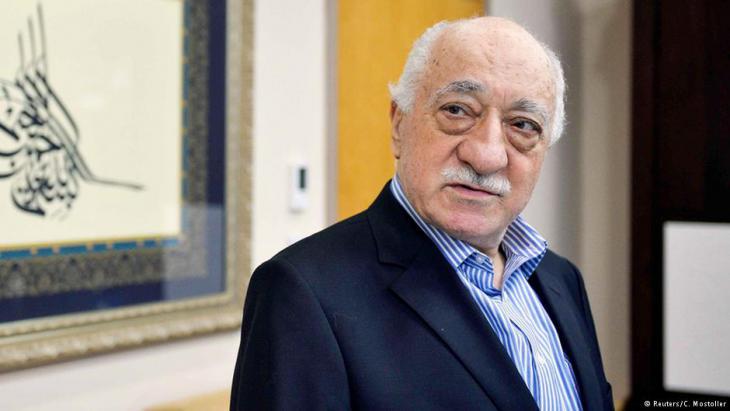 From friend to foe: President Erdogan claims that supporters of the Islamic preacher Fethullah Gulen were responsible for Turkey′s attempted coup last summer. According to Ankara, the movement, which for many years was closely allied to Erdogan′s AKP party, had been pursuing a systematic policy of infiltrating the armed forces, police, judiciary and civil service. Gulen, living in exile in the USA, denies any involvement and has been outspoken in his criticism of the coup attempt. 43,000 people have been arrested since the events of last summer and more than 120,000 dismissed from their civil service posts

Similarly Erdogan changes his attitude towards the Kurdish minority as it suits him. In the course of a peace process with the Kurdish terrorist organisation PKK, the president relied on politicians from the pro-Kurdish HDP party as intermediaries, but he was really only interested in Kurdish votes. He abruptly stopped the peace process in July 2015 after the HDP won seats in parliament in an election.

Misguided politics and their fatal consequences

The consequences were – and are – fatal. The Turkish Army is once again waging war against the PKK in eastern Turkey. Lots of civilian lives have already been lost. Many young Kurds, who had seen the HDP as a ray of hope, have now joined the pied pipers of the PKK and the TAK, its urban youth organisation. Since December 2015 alone, the TAK has claimed responsibility for 11 terrorist attacks that have claimed the lives of over 100 people. An end to the terror is not in sight.

Erdogan boasts: ″We will eliminate all terrorists.″ In his rhetoric, the term includes the Gulenists. The Turkish lira is in freefall, however, and the president now even considers terrorists people who have dollar bills in their wallets. According to him, dark forces, foreign intelligence services and the ″interest-rate lobby″ are behind every problem. Erdogan will not consider for one moment that he himself might be to blame, at least in part, for some of the problems. The demagogue regards anyone who thinks or says so as an enemy – and is happy to hound them.

Relations between Turkey and Russia are ambivalent. Moscow is nonetheless trying to prop up the leadership in Ankara. Elections are to be held in Turkey in June – and the last ... END_OF_DOCUMENT_TOKEN_TO_BE_REPLACED

All eyes in Turkey are on a court hearing scheduled for January 30 into a child abuse case that allegedly occurred with the knowledge of one of Istanbul's most powerful Islamic ... END_OF_DOCUMENT_TOKEN_TO_BE_REPLACED

Any reconciliation between Turkey and Syria’s Assad regime would have disastrous consequences for many Syrians, explains Syria expert Kristin Helberg END_OF_DOCUMENT_TOKEN_TO_BE_REPLACED

The poetry of Pir Sultan once prompted uprisings in the Ottoman Empire. To this day, Alevis identify with him. Rainer Hermann visited Mehmet Celebi, a direct descendant of the ... END_OF_DOCUMENT_TOKEN_TO_BE_REPLACED

There are signs of an imminent normalisation of relations between Turkey and Syria. This would allow Erdogan to score political points domestically before the upcoming elections ... END_OF_DOCUMENT_TOKEN_TO_BE_REPLACED

Turkey will mark the centenary of the proclamation of the Turkish republic in October. But 2023 will be an important year in another respect too: Turks will go to the polls in ... END_OF_DOCUMENT_TOKEN_TO_BE_REPLACED
Author:
Timur Tinç
Date:
Mail:
Send via mail

END_OF_DOCUMENT_TOKEN_TO_BE_REPLACED
Social media
and networks
Subscribe to our
newsletter