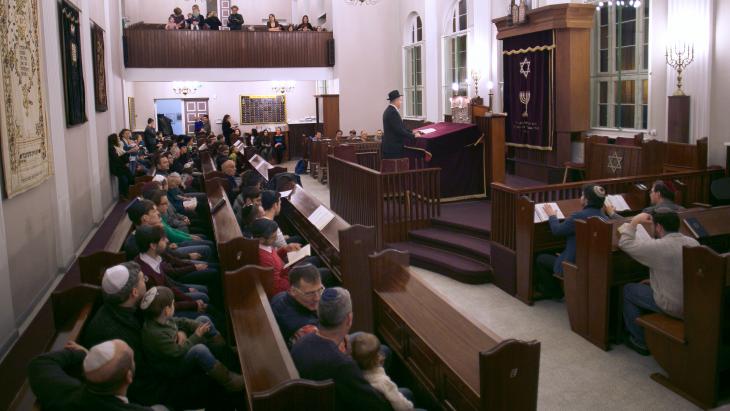 In the wake of a protest against Israel's war in Gaza last year, Israel's ambassador to Germany claimed that Jews are being hunted again in Germany "like it's 1938". In this article, William Noah Glucroft, a Jew living in Berlin, considers this statement and what people mean when they talk about anti-Semitism

In the summer of 2014, Muslims attacked Jewish sites in Paris in connection with Israel's bombing of Gaza. This month, the French Jews killed in the attack on the Hyper Cacher kosher supermarket were buried in Israel. What links these two events? Fear-based politics desperate to have us believe it's still 1938 – a contravention of a modern society built on inclusion and common good.

Anti-Semitism has never made much etymological sense. It means "hostility or prejudice against Jews" while the word "Semitic" on its own refers to people descended from several groups speaking any number of "Afro-Asiatic" languages. That's a pretty big swathe of humanity; Arabs and many Muslims to pick just two. But Jews have been getting exclusive use of the term for quite some time.

The Holocaust, the traumatic culmination of centuries living as the Other in Christian lands, made sure of that. It's now 70 years since the liberation of Auschwitz, but the way the term "anti-Semitism" continues to get tossed around shows how far we have to go before we are truly free.

"In Berlin, Jews are chased like it's 1938," Israel's ambassador to Germany, Yakov Hadas-Handelsmann, said when part of a largely Muslim protest here against Israel's most recent war with Hamas turned into anti-Jewish vitriol. For that to be true, I as an active Jew in Berlin am either extremely lucky or very naive. Or is it that those who choose to live as a victim of history simply find the sources of fear they're looking for? 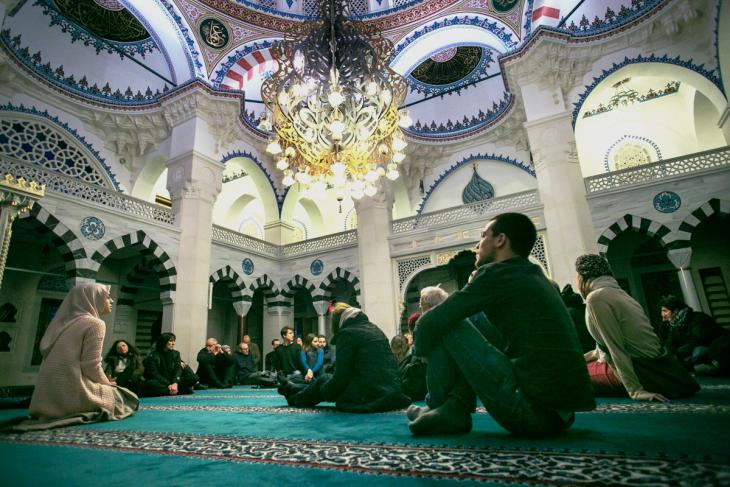 Jews and Muslims meet in December 2014 at the Sehitlik Mosque in Berlin for an event organised by the Salaam-Shalom initiative. "There is a desperate need for a third way, one that neither strives to divide nor wants to be divided, but seeks to bring people together around something closer and more tangible: the cities we live in and share as our homes," writes William Noah Glucroft

The instrumentalisation of anti-Semitism

Jews are still targets, but it is on an individual level that is condemned by the collective. I have a hard time calling that anti-Semitism, which instinctively (and intentionally) conjures up scenes of systemic extermination by national decree, delivering the message: Jews, with the goyim, you will never be safe.

This is the instrumentalisation of anti-Semitism. It is used for a divisive political agenda and makes living together that much harder. Four French citizens get buried in a country for which they held no passports and where they had no voting rights, while Benjamin Netanyahu does everything but proclaim himself Prime Minister of the Jews. It is no wonder some may see a Jewish person or site as an extension of the Israeli policy they detest.

The deliberate blurring between Judaism and Israel is called solidarity when its beneficial. When it gets Jews killed, it's called anti-Semitism. Don't let the events in Paris overshadow optimism: the world is more at peace and we are more secure than ever – Jews especially. Persisting dangers are much more a threat to communities of Sinti and Roma, Muslims and Arabs, refugees, gays and the rest of the not-totally-hetero spectrum.

Jews are part of this diversity, nothing more. This should be cause for celebration. It's what we've always wanted: normalisation in the eyes of European society, no longer confined to the shtetl or ghetto. So it's confounding when Jewish voices call on us to run back to the imagined safety of the very walls we fought 1,000 years to get out of.

Seeking to unite instead of divide 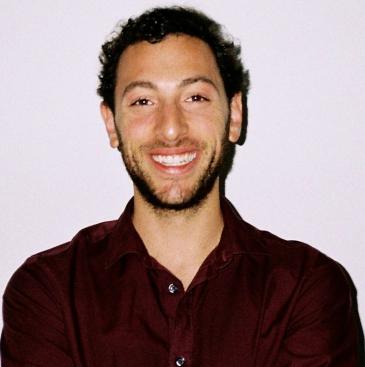 William Noah Glucroft is a photographer and translator living in Berlin. He is a founding member and on the board of Freunde des Fraenkelufers (Friends of Fraenkelufer Synagogue), a pending non-profit organisation

Fear and division are exactly what white supremacists, Islamist terrorists and anti-Other movements like Pegida (Patriotic Europeans against the Islamisation of the West) all propagate. Each is anathema to free markets and open borders, flailing to hold back the surge of humanity undoing the ethnic or civil nation-state.

There is a desperate need for a third way, one that neither strives to divide nor wants to be divided, but seeks to bring people together around something closer and more tangible: the cities we live in and share as our homes. It's at this level we can influence crime, jobs, education, environment and good governance, issues that bind us far more than the foreign policies of nations that tear us apart.

"We are not soldiers standing against each other on the front. We are average people living in the same city," said Armin Langer, a rabbinical student and founder of Salaam-Shalom, a grassroots initiative here. "Maybe we can build up something more peaceful in Berlin."

For there to be peace in the world, there must first be peace in our cities and among neighbours who see each other as that and not as tired labels creeping out of history's shadows. Our lives here cannot be another casualty of the war over there.

A deluge of books, movies, series and cover stories: ever since the events of 9/11, the West has seemed almost manically preoccupied with Islam. Yet this has rarely led to deeper ... END_OF_DOCUMENT_TOKEN_TO_BE_REPLACED

Twenty years after 9/11, the world is faced with the dual challenge of Islamophobia and anti-Westernism. Ahmet Kuru argues that Muslims in the West, well versed in both Western ... END_OF_DOCUMENT_TOKEN_TO_BE_REPLACED

Two decades after the attacks of 11 September 2001, the West faces the shattered debris of its failure – not only in Afghanistan, but also in Iraq, Syria, Libya and Yemen. What ... END_OF_DOCUMENT_TOKEN_TO_BE_REPLACED

Twenty years after 9/11, the United States is recalibrating its war policy. However, its assertions that the era of endless wars is over are a myth, writes Maha Hilal END_OF_DOCUMENT_TOKEN_TO_BE_REPLACED

Migrants are often maligned as being responsible for Europe's problems. Yet their integration is in Europe's interest. Michael Thaidigsmann believes that a long-term vision is ... END_OF_DOCUMENT_TOKEN_TO_BE_REPLACED

Although the United States clearly could have done a better job of managing its departure from Afghanistan, the tragedy playing out this month has been 20 years in the making. ... END_OF_DOCUMENT_TOKEN_TO_BE_REPLACED
Author:
William Noah Glucroft
Date:
Mail:
Send via mail

END_OF_DOCUMENT_TOKEN_TO_BE_REPLACED
Social media
and networks
Subscribe to our
newsletter