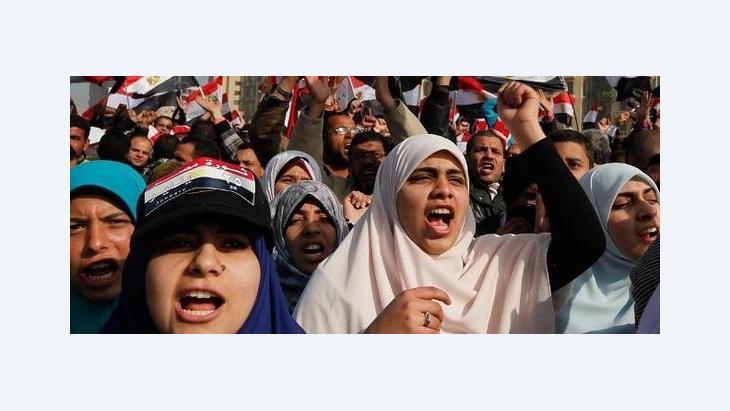 The Arab Spring and Political Change
Are Arabs Capable of Democracy?

﻿The Arab states currently undergoing democratic change will most certainly encounter setbacks. Democracy is not something that can be practiced beforehand, such as under the protective care of a monarchy. Jan Kuhlmann argues why we should give the people in the Arab world the benefit of the doubt

The question came unexpectedly. No one had posed anything similar up to that point. During a recent public discussion with journalists and experts in Berlin on the situation in Egypt after the overthrow of Hosni Mubarak, a member of the audience came forward. The Egyptians lack any experience in democracy, he said. Wouldn't it therefore be better, he proposed, to reinstate the monarchy that had been swept away in 1952 by a military putsch?

The question reflected serious concerns about what will follow after the mass protests in the Arab world. Above all, many fear that Islamists in countries such as Egypt and Tunisia will pursue the model of Iran or Saudi Arabia and establish strict religious rule. There is now even talk of an "Islamic Spring" in the Arab world.

The election results in Egypt confirm the views of many sceptics that the triumphal march of religion has now begun. The Muslim Brotherhood amassed almost 50 percent of the vote, while the ultra-conservative Salafists garnered 25 percent. One might suppose that the country is firmly in the grip of sinister, bearded religious fanatics.

The man's question, however, also reveals to what extent the people in the Arab world are regarded with mistrust. The question could be reformulated more bluntly: What do they even know about democracy down there anyhow? 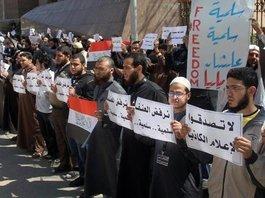 Beneficiaries of the January 25th revolution? Election results in Egypt confirm the views of many sceptics that the triumphal march of religion has now begun

​​When seen in this light, the question is clearly impertinent, when not downright arrogant. It assumes that the people "down there" cannot live in a democracy – that people in the Arab world are generally incapable of functioning within a democratic system.

This, in turn, implies that they are unable to learn from experience nor further develop themselves. It wasn't so very long ago that similar views were held with respect to a certain European country. After the Nazi dictatorship, many were of the opinion that the Germans were simply incapable of living in peace with their neighbours and that it would be better to transform Germany into an agricultural land.

Luckily, those who insisted on giving Germany the benefit of the doubt prevailed. We should follow the same approach with the Arab world. We should offer support to all those who have worked to establish democracy in the Middle East. It is impossible to say how long this process with take, but it will surely require decades, and not just a few years.

Many obstacles remain in place, not least of which is the military. One can similarly point to the structures left behind by the former dictatorships, religious extremists, and the enormous poverty in the region. There will be setbacks. Yet, democracy is not something that can be practiced beforehand, such as under the protective care of a monarchy. Whoever believes this is simply naïve.

Experience with democracy and democratic procedures can only be gained through practice. One could say that democracy is like on-the-job training. The first attempts may even fail. But that doesn't mean that Arabs are incapable of instituting democracy. They wouldn't be the only ones who required more than one attempt. 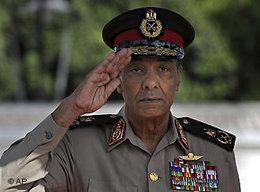 Obstacles on the path to democracy: Criticism in Egypt is directed at the ruling military council under its chairman, Mohamed Tantawi, which has cemented a grip on power and resisted implementing political reforms

​​Whether the right time for democracy has arrived is not dependent on the extent of people's knowledge of democracy, but on whether they want to live in a democracy. So much, however, is clear – the millions of Arabs who turned out on the streets against their dictators, as well as those who are still demonstrating, want democracy. They demand pluralism, a separation of powers in government, and the rule of law. They are fed up with being governed by a corrupt elite.

This does not, by any means, entail that they all want to turn their backs on religion. On the contrary. Islam plays an important role in the lives of people in the Middle East. Many are extremely devout, while others only associate religion with certain values and traditions. The election results in Egypt clearly reflect the attitudes of the country's population. They do not support political programmes that have completely broken with religion. Islam should provide the framework within which those in power must act.

Combination of Islam and democracy

Islam, as such, does not stand in the way of democracy, although this has been frequently and vehemently claimed. Countries such as Tunisia and Egypt are currently seeking a formula that allows for a combination of democracy and Islam. The topic is one of passionate debates at the moment.

After the strong showing by Islamist forces in Egypt, the question arises as to whether they are capable of working within a democratic framework. With respect to the ultra-conservative Salafists, considerable doubt is in order. It is difficult to see how their call for a strict form of Sharia as the foundation of the legal system can be reconciled with a pluralistic democratic state based on the rule of law.

As for the Muslim Brotherhood, the answer is more vague. It is a broad-based organization, which until now has been able to unite its various disparate factions under the general slogan "Islam is the solution."

Although there have been recurring debates on reform within the Brotherhood for decades, it has always maintained its conservative worldview. The pressure of persecution by the state was too great to allow sufficient scope for renewal. Instead, the Muslim Brotherhood chose to isolate itself – solidarity and defence against external enemies were more important than reform.

Compatibility of Islam and democracy: The newly elected President of Tunisia, the human rights activist Moncef Marzouki, has stated that the Ennahda Party represents a moderate form of Islamism and that nothing stands in the way of cooperation with it

​​The top leadership of the party and the older generation find it difficult to break with these attitudes, even after the overthrow of Mubarak. There is still a very strong esprit de corps within the Brotherhood. Public criticism of the organization from its members is deemed unacceptable.

Nonetheless, even the Muslim Brotherhood has shown itself not to be immune from the new, more open political climate in Egypt. In particular, the younger generation within the organization, who only a year ago demonstrated alongside their peers, demand open debates on the future course of the Brotherhood.

A transition with no clear outcome

They do not see Islam and democracy as being in opposition. Their main concern is finding the right formula to combine the two. They are well aware that the "Turkish model" is considerably more successful than the "Iranian model". There is no reason to doubt their allegiance to democracy.

In addition, statements made by the political arm of the Muslim Brotherhood, the Freedom and Justice Party, offer hope that they are serious in their support for a democratic system. They are quite conscious of the fact that any sort of new dictatorship, whether military or religious in form, would encounter massive resistance on the streets.

The greatest achievement of the uprising in the Arab world is that young people, in particular, have been transformed from passive subjects in a dictatorship into active citizens wanting to take part in the political life of their country.

There is no guarantee that the transformation in Egypt and in other Arab countries will everywhere result in thoroughly democratic states. Yet, the opportunities provided by the tumultuous changes in the Arab world are far greater than any of the risks.

Home
Print
Newsletter
More on this topic
The Arab Spring and the ''Nahda'' Reform Movement: The Second Arab RenaissanceNine Months After the Upheaval in the Arab World: Is the Revolution Devouring Its Children?Islamist Protests in Cairo Question Fate of Arab Spring: Consolidating Egyptian Democracy
Related Topics
Arab Spring, Arabellion, Democracy and civil society, Islam and democracy, Secularism in the Islamic world, Sharia
All Topics

More than 300 children in rebel-held northwest Syria kicked off their own football World Cup on Saturday, with organisers hoping to shine a light on communities battered by 11 ... END_OF_DOCUMENT_TOKEN_TO_BE_REPLACED

Lamya Kaddor, MP for Germany’s Green Party, visited Qatar with a group of parliamentarians. In interview with Claudia Mende, she advocates a differentiated picture and urges that ... END_OF_DOCUMENT_TOKEN_TO_BE_REPLACED

Arabs in the German capital? For many, this means criminal clans. Yet the city is home to a vibrant intellectual scene. Exiles from Syria, Palestine and Egypt are gathering to ... END_OF_DOCUMENT_TOKEN_TO_BE_REPLACED

After a two-year hiatus, the Arab League re-convened at the beginning of November in Algiers against a backdrop of uncertainty and discord. By Pierre Boussel END_OF_DOCUMENT_TOKEN_TO_BE_REPLACED

In the run-up to the COP27 global climate summit, hosted by Egypt in November, it is worth noting that little rainfall, aggressive heatwaves and worsening drought make the Middle ... END_OF_DOCUMENT_TOKEN_TO_BE_REPLACED
Author:
Jan Kuhlmann
Date:
Mail:
Send via mail

END_OF_DOCUMENT_TOKEN_TO_BE_REPLACED
Social media
and networks
Subscribe to our
newsletter