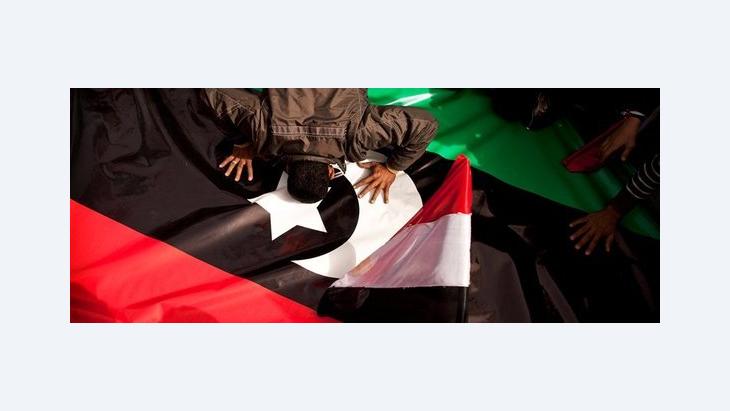 The democracy movement of 2011 is not the first such upswing to grip the Arab world. It revives the hopes associated with the "Nahda", or "Arab Renaissance", of the nineteenth and twentieth centuries. An analysis by Jean-Pierre Filiu

The democratic awakening currently taking place across the Arab world is still in its very early stages and, like all historic revolutions, it will be accompanied by setbacks, counter-movements, fractures and betrayal. That being said, we are witnessing an Arab renaissance that is in many ways irreversible and is the victory of a generation determined to take its destiny back into its own hands.

This renaissance carries within it the unfulfilled promise and emancipatory energy of the "Nahda" (Arabic for "revival" or "renaissance") ‒ the first great liberation movement, which began with Napoleon Bonaparte's expedition into Egypt and was terminated by the Second World War.

This "liberal age of Arabic thought", as the historian Albert Hourani described it, was the political and intellectual answer to the irruption of the West into the Arab world. This took the form not only of military aggression; it was also experienced as the calling into question of Arab civilisation. 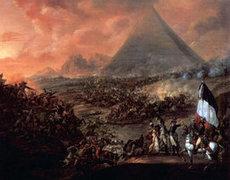 Napoleon's Egyptian Campaign, which lasted from 1798 to 1801, and the victory over the Mamluks in the Battle of the Pyramids on 21 July 1798 were two unmistakeable illustrations of the nascent military superiority of the West

​​The Ottoman Empire was so shaken by it that in Tunisia and Egypt ‒ even in those days the two most progressive countries ‒ two progress-orientated dynasties were able to implement their reform programmes largely independently of the "Sublime Porte" of the Ottoman Empire. In 1861 in Tunis, Sadiq Bey introduced, for the first time in the Arab world, a constitution that specified the division of state and religion.

Thanks to the spread of printing technology in the Arab world, dozens of newspapers and magazines were established. They not only provided readers with new ideas and free information, but also developed a generally accessible language through which to do this ‒ an innovative step that can be compared with the rise of satellite television today. The nineteenth-century equivalent of the Facebook generation was the cosmopolitan class of university graduates, whose relations with the religious authorities ‒ both Muslim and Christian ‒ were often strained, and whose ideas resonated within the Arab diaspora in Europe and America.

In 1881, France forced its protectorate on Tunisia. In the following year, Britain crushed Egyptian resistance to occupation and with it the Khedives' readiness to reform. In 1919, the British arrested and deported the delegation (wafd in Arabic) that Arab nationalists had wanted to send to the peace conference in Paris, and in doing so unleashed a popular revolution.

With its collective discipline and capacity to mobilise across many regions and social strata, there are clear parallels between that campaign of civil disobedience and the revolution that led to the fall of the Mubarak regime in February 2011. Despite the brutal suppression of the revolution of 1919, the British were forced to recognise Egyptian independence three years later. 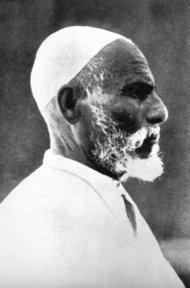 ​​The Libyan revolutionaries, on the other hand, were able to invoke Omar Mukhtar's fierce resistance to Italian colonial rule between 1911 and 1931. The comparison of Gaddafi with the Fascist proconsul is not mere rhetoric: the manipulative power games the "Brother Leader" played with different regions and tribes were no less calculated, his antagonism towards Cyrenaica no less intense, and the price paid by the people to consolidate an absolutist regime was no less high.

Libya's revolutionaries have unanimously elected to adopt as their flag the 1951 banner of independence ‒ not because they wish to restore the monarchy, but because King Idris I, who inherited a federal state, succeeded in uniting the regions of Tripolitania, Cyrenaica and Fezzan.

In all countries, the democratic uprisings also have the character of national liberation movements; after all, regimes that simply exploit their countries as a source of personal enrichment are no less inimical to the people than colonial overlords. Hence the delight when the army goes over to the side of the people and the sea of flags with which people in Tunis, Cairo and Tripoli celebrated the fall of the despots.

This rediscovered national pride also feeds an expectation that the country will once again be able to negotiate with foreign powers on a basis of equality and mutual respect. This is the real link between the first and the second Arab Renaissances: the hope that these states will finally be able to implement and experience their long-postponed independence.

The uprisings were born of the extreme strain caused by the divergence between responsible reasons of state and the reasons of autocratic regimes. In recent decades in the Arab world, the latter has entirely engulfed the former, until only that which served the ruler was deemed to be good for the people. Gaddafi's demented system of personal interest was ruinous for Libya, but it kept him in power for more than four decades. 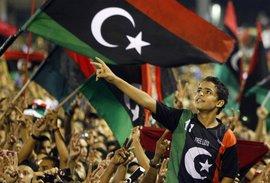 "Without international support, the Libyan rebels would simply have been liquidated at the start of their uprising," writes Jean-Pierre Filiu

​​Similarly, the logic of "divide and rule", carefully nurtured by Hafez al-Assad and his son Bashar, as well as the strategic alliance of the Syrian regime with Iran have sustained the Baath Party's claim to absolute power. However, in Syria too the resistance movement, which refuses to be quashed despite the rising death toll, is attempting to assert the interests of the country over the will of the ruling clique.

The nationalistic dimension of the Arab revolutions is unfolding within the framework of post-colonial national borders. Despite the fact that the liberation movement is transnational in character, these borders are not currently being questioned; rather, they are being reaffirmed. This is also why there is extreme sensitivity with regard to intervention from abroad.

Without international support, the Libyan rebels would simply have been liquidated at the start of their uprising. It was, however, the citizens of Tripoli, supported by rebel troops from Misrata and the region of Jebel Nafusa, who last month wrested the capital from Gaddafi's supporters.

Autocrats who warn of the danger of civil war simply in order to stay in power will seldom miss an opportunity to denounce opponents of the regime as "foreign puppets". Bashar al-Assad is the unsurpassed master of this particular sleight of hand, and his subversive propaganda can certainly have a powerful effect on a people who have borne a considerable burden as a result of the American invasion of Iraq. In recent years Syria has taken in more than a million Iraqis forced to flee ethnic and religious conflict in their native country.

With this triple negation, the Syrian opposition is trying to abrogate the threatening scenario invoked by the regime, which warns about ethnic and religious tensions in the country breaking out into conflict, and of the danger of foreign intervention.

However, the repression has now become so brutal that the tansiqiyyat has in fact called for international observers to bear witness to the massacres and, where possible, prevent them. Yet the opposition remains firm in its rejection of violence ‒ because nothing would be more welcome to the regime than a pretext for open conflict.

The greatness of the Syrian resistance is that it has until now, as far as humanly possible, succeeded in sticking to its declaration of non-violence. And the greatest challenge for the "new Libya" will be to demilitarise the country as fast as possible ‒ an indispensable requirement for the establishment of a constitutional state in the ruins left behind by the Gaddafi regime.

Meanwhile, in Tunisia and in Egypt the imminent election of constituent assemblies marks the start of institutional reconstruction ‒ one that is intended finally to extend to the entire nation. After all, we are still only in the first year of the second Arab Renaissance.

Jean-Pierre Filiu teaches at the Institut d'études politiques à Paris, and is a guest professor at Columbia University in New York and at Georgetown University in Washington. His studies relating to the Arab-Muslim world have been translated into numerous languages. His most recent publication is La Révolution arabe, dix leçons sur le soulèvement démocratique (The Arab Revolution: ten lessons on the democratic uprising).

Alaa Abd el-Fattah, arguably Egypt’s most prominent democracy activist, has just been handed another lengthy prison sentence. Despite this, a book of his writing has recently been ... END_OF_DOCUMENT_TOKEN_TO_BE_REPLACED

People in Arab countries have been talking more openly about sex and sexuality for some time now, especially on social media. And for the first time ever, they have the vocabulary ... END_OF_DOCUMENT_TOKEN_TO_BE_REPLACED

A prominent rights group in Egypt, the Arabic Network for Human Rights, is ending operations just as the country braces for a controversial NGO law. Is this the beginning of the ... END_OF_DOCUMENT_TOKEN_TO_BE_REPLACED

Moncef Marzouki was Tunisia's first democratically elected president after the fall of dictator Ben Ali. Today he is the most prominent critic of increasingly counter- ... END_OF_DOCUMENT_TOKEN_TO_BE_REPLACED

Asef Bayat, professor of Sociology at the University of Illinois, Urbana-Champaign, has been studying revolutions and how they affect people since 1979. In his recent book, " ... END_OF_DOCUMENT_TOKEN_TO_BE_REPLACED

Every year in December, the team at Qantara.de takes a look back at the articles that proved most popular with our readers. This year is no different. Here is a run-down of the ... END_OF_DOCUMENT_TOKEN_TO_BE_REPLACED
Author:
Jean-Pierre Filiu
Date:
Mail:
Send via mail

END_OF_DOCUMENT_TOKEN_TO_BE_REPLACED
Social media
and networks
Subscribe to our
newsletter