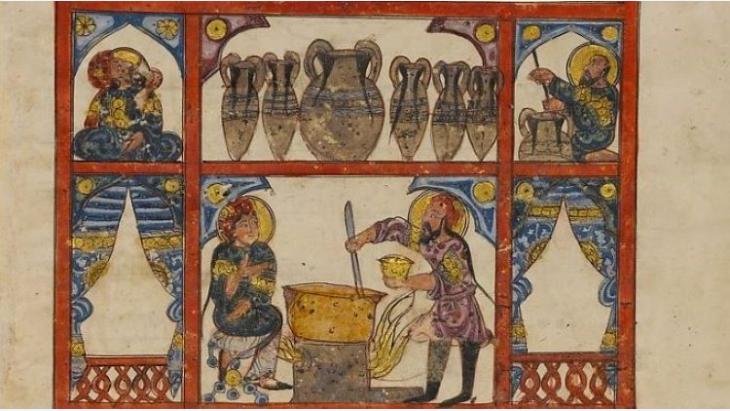 "The Book of Charlatans"
Mediaeval Syria's answer to Mark Twain

In this new bilingual edition, translated by Humphrey Davies, al-Jawbari, one of the thirteenth century's leading experts in skullduggery reveals all there is to know about the wiles of false prophets, quacks, prestidigitators, cat burglars, money changers, false alchemists, and – worst of all – women. By Marcia Lynx Qualey

The author of the thirteenth-century collection The Book of Charlatans, known as al-Jawbari, is at pains to assure us he has learned everything there is to know about scammers and fraudsters. He has familiarised himself with no fewer than thirty different ways of making fake ambergris, for instance, which he tells us in the tenth chapter of his Kitab al-mukhtar fi kashf al-asrar, which has become The Book of Charlatans in Humphrey Davies’ translation. But since al-Jawbari doesn’t want to bore us, he promises to reveal only the very best methods he knows.

Moreover, al-Jawbari hasn't just hunted down every last scam in the thirteenth century, from Khorasan to the Maghreb. He also promises us that he supplemented his first-hand knowledge by reading hundreds of books. As al-Jawbari writes, in Davies' charmingly showy translation, "There isn't a single work of the ancient sages I haven't examined!"

Al-Jawbari, who was born near Damascus in an unknown year, seems to have been a self-taught scholar. And while he acknowledges that there are a few scams even he can't explain, he promises to be one of the world’s leading experts in thirteenth-century skullduggery. Thus, in thirty chapters, he is able to lay out the tricks of men and women, with the ostensible aim of preventing his readers from falling into their traps.

Such a book was not unprecedented. From the ninth century on, Davies tells us in his introduction, authors who wrote in Arabic developed an interest in the lives of those at society’s margins, which "produced some remarkable works". He cites Al-Jahiz’s ninth-century Book of Misers, Abu Dulaf's tenth-century Beggars' Poem, and Ibn Daniyal's fourteenth-century play Wondrous and Strange, which depicts the lives of vagabonds. 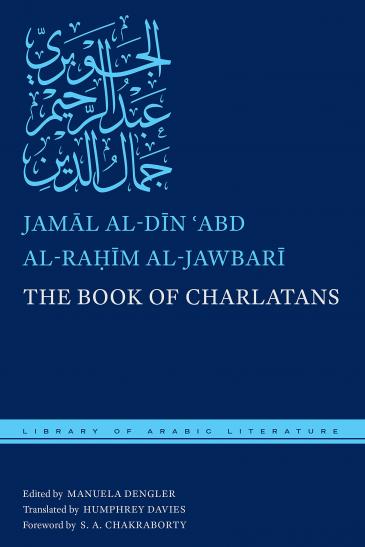 Foreshadowing modern crime literature: "Many of the passages in 'The Book of Charlatans' could have been published in a nineteenth- or twentieth-century crime-writing magazine. Some read like elaborate short stories, raunchier and more sexually daring versions of Arsene Lupin or Sherlock Holmes. Others read like short puzzle mysteries, of the sort that might have appeared in the detective magazines popular in 1940s Cairo," writes Lynx Qualey

A number of books on charlatanry were already in popular circulation in al-Jawbari's time. He writes, in his own introduction, that he had been discussing just such a book with the Turkmen Artuqid ruler al-Malik al-Mas’ud Rukn al-Din Mawdud, who ruled an area east of the Mediterranean from 1222 to 1232. During the course of their discussion, the sultan insisted his companion pull together a similar book, although he wanted al-Jawbari to "make it shorter and easier to understand".

The result is this Book of Charlatans, newly edited by Manuela Dengler and translated by the gifted and recently deceased Humphrey Davies, who also translated virtuoso works by Ahmad Faris al-Shidyaq and Yusuf al-Shirbini. In this bilingual, facing-page edition, Davies makes the English not only accessible, but fun, salting in occasional anachronisms such as "MO" for a character’s motive and making liberal use of exclamation marks.

What we know about the "Erudite Shaykh Jamal al-Din ‘Abd al-Rahim ibn Abi Bakr al-Dimashqi", known as al-Jawbari, mostly comes from his Book of Charlatans. And while the book's focus is on tricks and tricksters, al-Jawbari also sprinkles in personal moments to sell himself as an expert witness.

Thus, in bits and pieces, a picture of his life emerges. He tells us that he wasn’t "enveloped in a caul of good fortune" from childhood. And while he certainly holds parochial prejudices against Jews and women, his life experiences were broad.

Throughout the book, we catch glimpses of an adventure-loving man who has travelled the world, meeting alchemists in Bekaa, treasure-seekers in Egypt, horse copers in Tunis, and married women of loose virtue in the suburbs of Cairo.

The self-portrait is uneven. Near the beginning of the book, al-Jawbari seems to be a killjoy who disapproves of intoxicants and even music. But later, he paints himself as a party guy. In the section where he uncovers women’s wickedness, he tells us he was out carousing with a friend from Aleppo. The two were about to leave for Yemen on unspecified business, "so we’d taken the day off to feast and say farewell". As they partied, al-Jawbari and his drinking companion were on the lookout for a particular woman so she could "absolve us from our vows". Yet when they did run into her, they were shocked to witness her tricking her husband.

From al-Jawbari’s frequent exaggerations and his insistence that he has seen every trick in the book, it is easy to imagine him working as a charlatan. Indeed, Davies suggests that there is good reason to believe "al-Jawbari was himself, wholly or in part, a 'charlatan'", who may have used a number of the scams he detailed in the book.

In any event, al-Jawbari certainly produced "one of the most important literary representations of underworld customs in mediaeval Islamic civilization", as Davies writes, a compendium of compelling short stories, recipes, and puzzle mysteries. Although al-Jawbari certainly did disapprove of some fraudsters, and he ends many passages with the refrain, "faafhum zilik", or, as Davies translates it, "Wise up!" Yet in the case of a Syrian friend who was apparently mocked by Egyptians and called a "Syrian cow", he entirely approves.

Al-Jawbari’s Syrian friend, a man named Ali al-Busrawi, apparently tricked the Egyptians who had bullied him into paying for tooth-cleaner made out of faeces. Al-Jawbari delights in this trick. Instead of ending the section with his usual "Wise up!" he ends it with a chortling "They never got it!"

Echoes of Holmes and Lupin

The origins of contemporary crime writing are in nineteenth-century Europe and the United States, and popular crime tales moved from there to find fertile ground in Cairo, Beirut, and Damascus. Yet many of the passages in The Book of Charlatans could have been published in a nineteenth- or twentieth-century crime-writing magazine. Some read like elaborate short stories, raunchier and more sexually daring versions of Arsene Lupin or Sherlock Holmes. Others read like short puzzle mysteries, of the sort that might have appeared in the detective magazines popular in 1940s Cairo.

In a section on fake sheikhs, for instance, we hear about this mystery: a sheikh is out walking at night when a column of light shoots out of his forehead. Naturally, his companions are stunned, believe him a powerful and righteous man, and give him their money. But we learn, in the expose that follows, that he was merely wearing a hairnet of glow worms.

Many of the ingredients in the book will be difficult for a contemporary reader to obtain, such as "alkekengi, anacardium nut, and agarikon", which were apparently used in an intoxicant slipped into food. Yet some – such as the recipes for invisible ink – could easily come back into vogue. So read the book now, and wise up!

People in Arab countries have been talking more openly about sex and sexuality for some time now, especially on social media. And for the first time ever, they have the vocabulary ... END_OF_DOCUMENT_TOKEN_TO_BE_REPLACED

Alaa Abd el-Fattah, arguably Egypt’s most prominent democracy activist, has just been handed another lengthy prison sentence. Despite this, a book of his writing has recently been ... END_OF_DOCUMENT_TOKEN_TO_BE_REPLACED

A prominent rights group in Egypt, the Arabic Network for Human Rights, is ending operations just as the country braces for a controversial NGO law. Is this the beginning of the ... END_OF_DOCUMENT_TOKEN_TO_BE_REPLACED

Moncef Marzouki was Tunisia's first democratically elected president after the fall of dictator Ben Ali. Today he is the most prominent critic of increasingly counter- ... END_OF_DOCUMENT_TOKEN_TO_BE_REPLACED

Asef Bayat, professor of Sociology at the University of Illinois, Urbana-Champaign, has been studying revolutions and how they affect people since 1979. In his recent book, " ... END_OF_DOCUMENT_TOKEN_TO_BE_REPLACED

Every year in December, the team at Qantara.de takes a look back at the articles that proved most popular with our readers. This year is no different. Here is a run-down of the ... END_OF_DOCUMENT_TOKEN_TO_BE_REPLACED
Author:
Marcia Lynx Qualey
Date:
Mail:
Send via mail

END_OF_DOCUMENT_TOKEN_TO_BE_REPLACED
Social media
and networks
Subscribe to our
newsletter