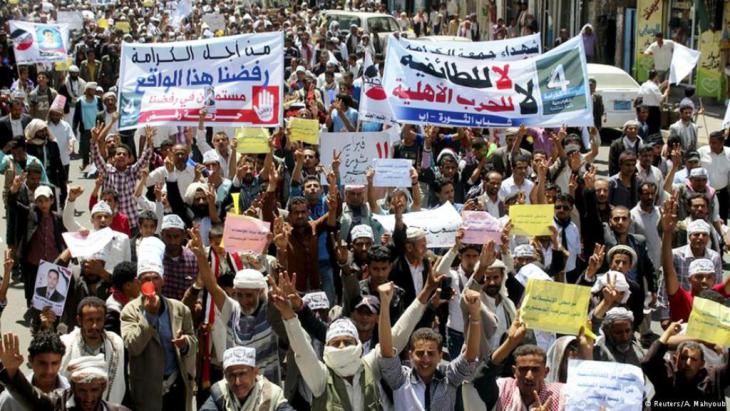 The crisis in Yemen
History can help us to understand

Yemen continues to struggle with its worst crisis in years, as conflicting parties fight for control of the nation. The UN's special advisor says the country has been pushed to the brink of civil war, in a tussle that has serious implications for the region and the security of the West. By Elham Manea

Those who follow the murky politics of Yemen may benefit a little from history. It might provide us with some insights into the current regional politics of the Arabian Peninsula. In fact, much of what we assume to be a 'true representation' of the Saudi airstrikes on Yemen may not be as it seems.

Perhaps it would be wise to remember the civil war that raged in North Yemen between 1962 and 1967. It started when a military coup overthrew the theocratic Zaydi Imamate regime. The coup was mainly engineered by Egypt, which like Saudi Arabia dominated the regional politics of the Arab world(s) at the time.

In 1962 the Arab world(s) was divided into two camps. The first, led by Egypt, advocated a pan-Arab socialist ideology, while the second, led by Saudi Arabia, represented the more Western-oriented yet conservative regimes. To overthrow the conservative regimes, Egypt began supporting pan-Arab groups in these countries.  The coup d'état in Yemen was led by one such group. Of course the Yemeni officers who led it - members of the Free Officers movement - were genuinely opposed to the Imamate regime. But Egypt's obvious role in the coup, especially in its swift deployment of troops to Yemen, looked to Saudi Arabia like a direct threat. It responded by providing military support to the Yemeni royal family. The regional contest between Egypt and Saudi Arabia quickly became a proxy civil war between republicans and royalists in Yemen.

Why am I remembering this historical chapter today?

The parallel between the civil war of the 60s and the Saudi airstrikes targeting Zaydi Houthi militia and former President Ali Abduallah Saleh strongholds in Yemen are worth observing. 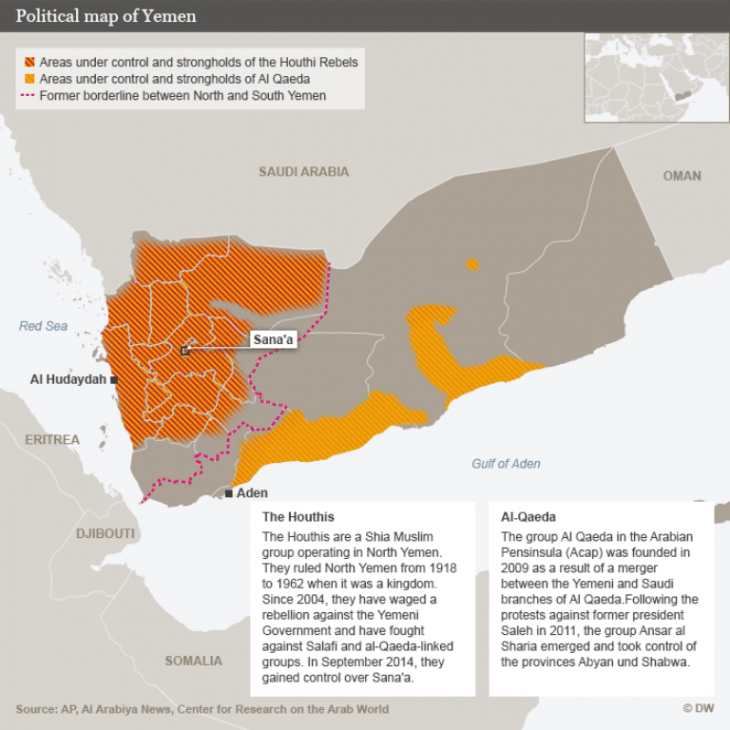 The Houthi militia could not have secured control over half of the country without the support of the former President Ali Abullah Saleh, says Elham Manea.

1. The Saudi Attacks followed a call from a party to the conflict:

In 1962, the Saudis intervened after the ousted Zaydi Imam Badr fled to the Kingdom and asked for intervention.

Likewise, Saudi actions today followed a call for intervention by the resigned President Abdrabbuh Mansour Hadi, who seems to have only succeeded in fleeing his own country when it was under attack from the Zaydi militias.

Whether the resigned president is legitimate or not is a question for debate. He certainly lost much of his credibility a long time ago.

What is clear however, is that the actions of the Houthi militias supported by the former president Ali Abdullah Saleh, their takeover of half of the country, and arrogant rejection of negotiation offers have paved the way for the Saudi airstrikes.

What is also clear is that Saudi airstrikes make it a party to the conflict. A negotiated deal should certainly be a regional one but a stronger role for the Sultanate of Oman and European Union would benefit the process more.

2. Sectarian differences are not the main catalyst in this conflict:

Despite the importance of the Sunni-Shia factor, it should not be considered the main catalyst to this conflict. In the 1962 civil war, Saudi Arabia sided with the Zaydi royalists. The Houthis of today are the grandsons of the royalists of the 60s!

Likewise, former President Ali Abdullah Saleh, who ruled Yemen for 30 years and was a very close ally of Saudi Arabia, is also a Zaydi, albeit from a different tribal line. So it is clear, that when it comes to forging alliances and fighting wars, Saudi Arabia is capable of transcending these sectarian differences.

But just as in 1962, the Saudis consider Yemen an important backyard to their own security and stability. The Houthis' takeover with its implication of a new Iranian zone of influence was alarming enough especially at a time when the United States is shifting its regional alliances and making overtures to Iran. From this perspective, the issue here is geo-political in nature. It is a regional fight over influence and leadership in the Arabian Peninsula. And yes, it is a proxy war between Saudi Arabia and Iran; just as the 60s civil war was a proxy conflict between Saudi Arabia and Egypt.

3. The airstrikes are being carried out against the backdrop of an internal power struggle in Saudi Arabia

Let us not forget this important aspect. During the 60s civil war, a power struggle within the Saudi Royal family was at its height. The ruling King Saud was known for his incompetence and most importantly for his impulsive foreign policy. This culminated in a palace coup, where he was forced by the family to abdicate. His eldest brother Faisal became the new King (1964-1975).

Along the same lines, the death of King Abdullah in late January 2015 has pushed a simmering power struggle in the family into the foreground. Even before the King was buried, the Sudairi wing of the royal family secured their positions in the new order. King Salman, who is suffering from Alzheimer's, appointed his own son Mohammed as Minister of Defence and Head of the Royal Court; and Mohammed Bin Nayef, the Interior Minister, as his deputy Crown Prince. These changes managed to sideline another wing of the family, the sons of the deceased King and their allies within the family.

The problem here is exactly the opposite of what happened in the 60s. The appointment of Mohammed bin Salman as defence minister raised many eyebrows. The King's son is known for being very young (some insiders insist that he is in fact 29 years old and not 35 as is officially claimed), inexperienced if not compulsive.

I think we should be a little concerned at the fact that the United States and Sultanate of Oman were taken by surprise by the Saudi airstrikes. According to the congressional hearings conducted by Senator McCain after the airstrikes, the US was informed of the Saudi decision hours before it started! Likewise, the Sultanate of Oman, which is considered a neutral mediator by various Yemeni factions and which had offered assurances that no airstrikes would take place, also expressed its astonishment at what happened.

One does hope that these airstrikes are indeed diplomacy in action - as Sheila Carapico, a competent expert on Yemen, eloquently articulated - which aims to bring all Yemeni parties to the negotiating table.

It will be certainly very worrying, if it turns out that these airstrikes are used to decide the outcome of an internal Saudi power struggle. And even worse, if it turns out to be the decision of an inexperienced young Defence Minister, eager to flex his muscles.

4. Sending ground troops to Yemen will be counter-productive:

Egypt deeply regretted sending ground troops to help the republicans in the Yemeni Civil war of the 60s. They came to call Yemen "our Vietnam".

North Yemen has been known for being immune to invaders. It was referred to as the "grave of Turks" during the Ottoman period because of the Zaydi tribesmen's fierce resistance and constant warfare.

During the 60s civil war, on the other hand, tribesmen considered the war primarily an opportunity to make money, so they switched sides whenever doing so seemed profitable. As one foreign correspondent reported: "Tribesmen have repeatedly declared that they are royalists in order to receive machine guns which they then sell to the republicans. In fact, I heard some soldiers who joked that they are royalist in the night and republicans in the morning."

Nothing will change in this equation, if Saudi Arabia decides to send ground troops. The mountainous topography mastered by these tribesmen is just the same as their readiness to sell their services and switch sides as they deem it profitable.

Sending ground troops will escalate the conflict to a new dimension that will affect the whole region and will certainly have global consequences, as the one side that will benefit is Al Qaeda and the Islamic State. 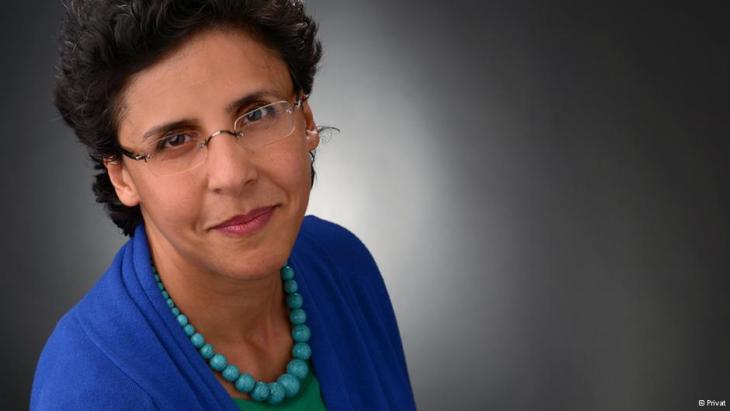 Elham Manea is an Associate Professor at the Institute of Political Science, University of Zurich, Switzerland. She is a specialist on Yemen.

One last remark before concluding: perhaps it will make sense to focus more on the real instigator of these events: former President Ali Abullah Saleh. The Houthi militia could not have secured control over half of the country without the support of Saleh. The gates were open to them in many cities thanks to the cooperation of Saleh loyalists in army and security apparatus. The Houthis' success was due solely to this factor.

The former President Saleh is known to be a master of the politics of survival. He designed his own comeback by sealing an alliance with his former enemy - the Houthis - aiding them and allowing them to make territorial advances. Now he seems to leave them to the fray. In a statement issued on 26 March his party, the General People's Congress, called on the Houthis to stop their military actions and cease escalating the conflict. He is positioning himself for the next round of negotiations.

Any negotiations that will include Saleh will backfire because he is not interested in power sharing. But power sharing is central to a negotiated deal in Yemen. And Yemen may end up being many. It is up to us to make this process as smooth as possible or risk it becoming an outright civil war. A good start would be to let the Sultanate of Oman lead negotiations – it is trusted by the different Yemeni factions and has often been the voice of reason in all the regional conflicts of the Arabian Peninsula.

Sisi’s mismanagement has plunged the country into crisis. Both political and economic reform is needed to save it, writes Abdelrahman Mansour END_OF_DOCUMENT_TOKEN_TO_BE_REPLACED

The devaluation of the Egyptian pound combined with rising food prices is taking its toll on Egypt. More and more people are slipping into poverty. Karim El-Gawhary reports from ... END_OF_DOCUMENT_TOKEN_TO_BE_REPLACED

Egyptian Sufis have been on the defensive against the country's Islamists for decades. Meanwhile, interest in mysticism is growing among the young members of Cairo’s middle and ... END_OF_DOCUMENT_TOKEN_TO_BE_REPLACED

Abortions are illegal in Egypt unless they are necessary to save a married woman's life. But that doesn't stop local women from having one. Egyptian society needs to acknowledge ... END_OF_DOCUMENT_TOKEN_TO_BE_REPLACED

Food prices doubled, salaries halved, banks restricting withdrawals: Egyptians now have the same problems as the Lebanese. But if things get worse here, the fallout will be far ... END_OF_DOCUMENT_TOKEN_TO_BE_REPLACED

END_OF_DOCUMENT_TOKEN_TO_BE_REPLACED
Social media
and networks
Subscribe to our
newsletter