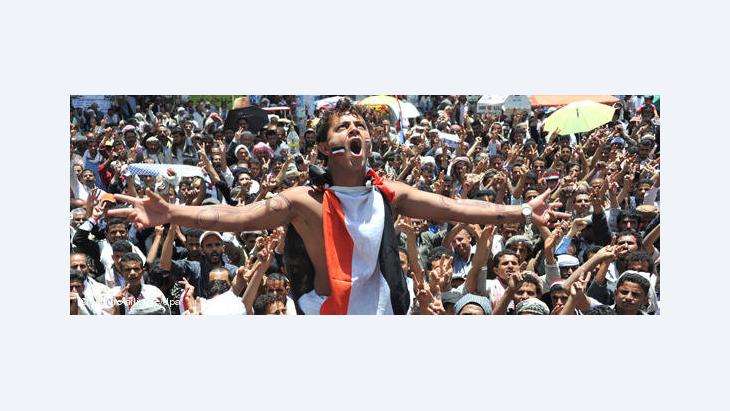 The Demise of the Saleh Regime
The Sooner, the Better

﻿In Yemen, the government and the opposition agreed to sign a deal soon under which President Ali Abdullah Saleh would step down after 30 days. Yet the country's long-time ruler does not seem prepared to step down. A commentary by Mai Yamani

Ali Abdullah Saleh is finished as Yemen's president. Popular democratic protests that started on a small scale in mid-February outside Sanaa University have widened to encompass the whole country. The continuity and strength of the demonstrations clearly indicate that the regime's days are numbered.

Tribal leaders have joined the protesters. Even close allies who belong to Saleh's own Hashid tribe, such as Ali Mohsen al-Ahmar, have abandoned him. Now, even his long-term protector, the United States, seems to be abandoning him.

Saleh, who has been in power since 1978, knows that his time is up. "They are falling like leaves in autumn," he recently said of the regime's defectors. Resignations have increased: ambassadors, ministers, significant media figures, and army generals.

It is the last group that is decisive: when senior military and security personnel abandon an authoritarian regime in the face of popular pressure, its days are numbered. Yet Saleh retains the loyalty of the interior ministry, the Republican Guard, and part of the air force. Still, clashes between the army and the Republican Guard are further eroding the regime's coherence.

Like other dictators in their political death throes – former Egyptian President Hosni Mubarak and Libya's Col. Muammar el-Gaddafi, for example – Saleh has warned of the dangers the world would face if he is forced to depart: the Muslim Brotherhood, al-Qaeda attacks, Iranian regional hegemony, and the breakup of Yemen. Après moi le déluge ("After me, the flood") seems to be the sole justification he can offer for his continued rule. 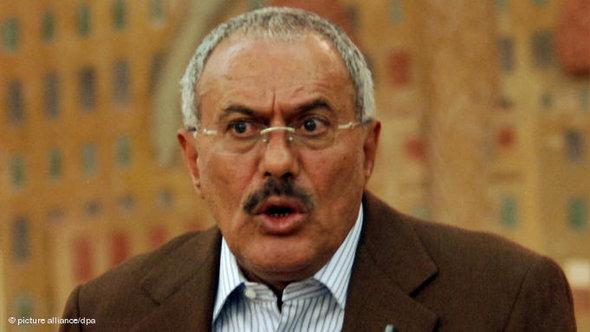 The US knows that the danger from post-Saleh chaos in Yemen is exaggerated, writes Mai Yamani. "On the contrary, the rising threat of radicalization stems from delaying Saleh's departure," she says. The president, a wily political survivor, is in power since 1978

​​His desperation mounting, Saleh has ordered deadly attacks on protesters, evidently believing that his considerable skill at political manipulation would see him through. But, when he declared a state of emergency on March 23, the number of protesters in the streets doubled. Given his regime's obvious lack of legitimacy, Saleh is playing a dangerous game; the sooner he leaves, the better for Yemen's stability and security.

Indeed, all Yemenis – Houthis, Harak, and even al-Hashids – appear united in their opposition to Saleh's ailing regime and in their quest for civil and human rights. Members of hundreds of tribes have erected tents in "Change Square" in Sanaa. Perhaps more remarkably, in a country containing more than 12 million guns, the protesters have not fired a shot.

Then, on the eve of the Yemeni opposition's planned "Friday of Departure" protests in late March, the United States resuscitated Saleh's rule. Defense Secretary Robert Gates declared that, "the fall of Saleh would pose a real problem for US counterterrorism work." Saleh, emboldened by Gates' remarks, immediately appeared on television and ordered all opponents to leave Yemen, as if millions of Yemenis would simply desert the country, leaving him and his family to reside in peace. 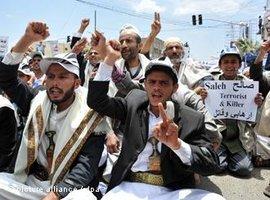 In Yemen, thousands have been attending rallies calling on President Saleh to step down immediately. He has agreed to transfer power soon, but many opponents do not trust him to keep his promise to resign

​​Since 2009, the US has showered Saleh's government with military aid. But the US knows that al-Qaeda is an enemy of convenience for Saleh, and that the danger to the US from post-Saleh chaos in Yemen is exaggerated. Democracy does not coexist with al-Qaeda. On the contrary, the rising threat of radicalization stems from delaying Saleh's departure.

A gap between rhetoric and policies

America's credibility, already low in Yemen, has hit rock bottom; its leaders' words are no longer taken at face value. The gap between US rhetoric and policies has widened. The Obama administration relied on the language of human rights in Libya, but it was content to ignore the democratic demands of millions of Yemenis. 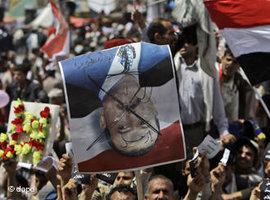 Bold protest: More than 130 people have been killed by security forces and supporters of President Saleh since the anti-government unrest began in January

​​The reality is that the US has known for weeks that it cannot save Saleh's regime. Its concern for Saleh's political survival is closely linked to its guardianship of the Saudi regime, which fears that ferment in Yemen could give Saudi Arabia's own Shia, Zaidi, and Ismaili populations dangerous ideas about democratic reform, if not threaten the very existence of the Saudi state. After all, Saudi Arabia's southern tribes and Yemen's northern tribes are historically the same people, while the Shia in the Kingdom's oil-rich Eastern Province are protesting in political harmony with the Shia of Bahrain.

Not surprisingly, Saleh tried to reach for the familiar Saudi lifeline, sending his foreign minister to Riyadh to plead for the sort of help the Saudi king provided to Bahrain. But the Saudis, having backed Saleh financially, and having sent troops to Yemen in 2009 to help him wage war against the Houthis, now consider him beyond saving. Instead, they are betting on potential new alliances within Yemen to deal with their unpredictable neighbour.

Finally, the US now appears to have concluded that Saleh's regime cannot be revived. The most compassionate measure that the US, and Saudi Arabia, should take is a form of political euthanasia. A young Yemeni protester put this case succinctly: "America, stop administering life support to Saleh and deal with us directly. Yemen is the Yemeni people. We are Yemen. Saleh is only your crony."

Mai Yamani's is a scholar at leading international think tanks in the U.S., Europe, and the Middle East. She has been a research fellow at the Royal Institute for International Affairs in London, a visiting fellow at the Brookings Institution in Washington, DC, and a visiting scholar at Carnegie Middle East Center in Beirut. Her most recent book is "Cradle of Islam. The Hijaz and the Quest for an Arabian Identity".

Home
Print
Newsletter
More on this topic
Yemens Sons Have Broken the Vow of SilenceSaudi Arabia: A Colossus with Feet of Clay
Related Topics
All Topics
Date:
Mail:
Send via mail

END_OF_DOCUMENT_TOKEN_TO_BE_REPLACED
Social media
and networks
Subscribe to our
newsletter