A Chill in the Desert Air

"Not such a bad idea": the "eighth edition" of the Dubai International Festival took place from 10-19 February 2010

​​In downtown Dubai the scene was set for a very special festival. The venue, a little park with a dramatic backdrop of towering half-finished skyscrapers, a cooling breeze blowing in from the sea and comfortable sofas ranged invitingly in front of the stage – the perfect ingredients for a memorable festival! The name of the company organising the event, "chill out productions," also seemed particularly apt.

Eight years ago when a slightly corpulent man from Beirut, Anthony Younes, came up with the idea of a festival here there were more than a few indulgent smiles exchanged. The idea of jazz in Dubai seemed outlandish to many, a non-starter, it just wouldn't work. It did work, however, and in the meantime the Dubai International Jazz Festival has established itself as a two-week annual event.

Last year it attracted 32,000 visitors. It has to be admitted, however, that most of these visitors do not come primarily for the jazz. It is the big-name pop acts that really pull in the crowds – major draws such as Jane Monheit, Laura Izibor, David Gray or James Morrison, pack in the fans, with tickets costing up to 200 euros a time.

For the first half of the festival, the jazzy part so to speak, one can simply register online and enjoy the music for free. Experienced jazz promoter and businessman Anthony Younes explains: 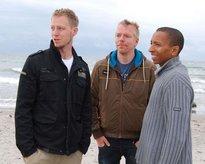 ​​"To be honest, jazz is not necessarily the best way to bring really large numbers of people together. It is not something that everyone in Dubai is going to be interested in. But I happen to be a fan, so I tell people jazz is fun music, it's cool. I try to coax people along, introduce them to the music gradually."

The festival director's concept, then, does not exclude the more sophisticated and demanding aspects of the jazz musician's art. This year it was the job of the German musicians, whom he sees as innovative and almost avant-garde, to provide them. And the contrast on the opening night between the slick, easy sounds of a British smooth jazz band and the acoustic trio led by Martin Tingvall could hardly have been greater.

The fresh, unconventional style of a pianist who has been compared to the legendary Esbjörn Svensson simply wowed the audience. One Egyptian jazz fan enthused over the "Wonderful trio," describing them as "real artists, the most creative band I have ever seen here!" 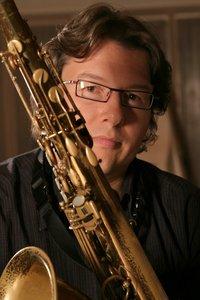 Departing from the smooth, slick, easy-listening style: saxophonist Lutz Büchner and his quartet were also a hit in Dubai

​​The other Hamburg bands enjoyed similar success, even, and most especially then, when they most clearly departed from the smooth, slick, easy-listening style of some of the other bands on show. Saxophonist Lutz Büchner's quartet were joking before they went on stage that they would be playing to empty seats. As it turned out, however, audiences were very enthusiastic and appreciative of their chamber music style of playing.

The contribution of the seven bands from Hamburg brought an unprecedented weeklong extravaganza of jazz creativity to the Persian Gulf. Major sponsor of the initiative was the Hamburg Senate, because, as Kirsten Staab, the city's representative in Dubai put it, it is high time that some attention was paid to supporting culture rather than the focus always being on economic collaboration. "Good Hamburg music," she said, "arouses more interest than a few promotional brochures ever can."

"The best thing in Dubai!"

Open-air festivals such as the Dubai Jazz Festival have no tradition in Arab culture. Audiences are therefore mainly drawn from the many incomers to the Gulf from Europe, Japan, USA and Australia. For them, the festival provides a welcome change from the air-conditioned world of daily working life in the Arab desert.

"The Jazz festival is brilliant; the best thing in Dubai!," one expat said. "It's a great place to relax and spend a pleasant evening in company. And it is definitely better than a crazy Filipino band doing Britney Spears songs. There is more than enough of that kind of thing here. Maybe, given a bit of time, the locals will come to realise that a jazz festival is not such a bad idea. It's coming along just nicely."

Dubai Feels the Effects of the Financial Crisis
Winds of Change on Dubai's Cultural Scene
The global financial crisis is now casting its shadow over the large-scale cultural projects planned in the Emirate of Dubai. And yet the standstill also offers cultural producers a chance to finally shift the focus to their own culture. By Laura Weissmüller

END_OF_DOCUMENT_TOKEN_TO_BE_REPLACED
Social media
and networks
Subscribe to our
newsletter