Georges Anawati is one of the great unknown theologians of the 20th century. Through the work of the Anawati Foundation and with the publication of a new biography, this committed proponent of Christian-Islamic understanding might now finally be given the public attention he deserves. Martina Sabra reports 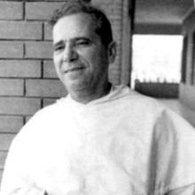 Extensive contribution to Christian-Islamic understanding: "Georges Anawati was, without a doubt, one of the greatest theologians of the 20th century," writes Martina Sabra

​​ Georges Chehata Anawati was born the sixth of eight children on 6 June 1905 in Alexandria. His Greek Orthodox grandparents immigrated to Egypt from Syria. In 1921, when he was 16 years old, Anawati converted to the Greek Catholic faith. After graduating secondary school and studying pharmacy in Beirut, Anawati turned with ever greater intensity towards religion. In 1934, he joined the Dominican Order and studied philosophy and theology in Belgium and France.

In 1943, while living in French-ruled Algeria, Anawati began to devote himself to studying the Arabic language and Islam. Together with the French Catholic philosopher and Islamic scholar Louis Gardet, he published an "Introduction to Islamic Theology" (Introduction à la théologie musulmane). In 1948, Anawati earned a doctoral degree from the University of Montreal in Canada on the concept of creation according to Thomas Aquinas and Ibn Sina (Avicenna).

From Islamic natural sciences to mysticism

After his return to Cairo in 1944, Anawati became the first librarian of the newly established Dominican Institute for Oriental Studies (Institut Dominicain des Etudes Orientales, IDEO). Under his management, the IDEO became one of the best libraries in Cairo. He soon became the director of the IDEO and through his work, Georges Anawati established contact to the Al Azhar University and to the Academy of Arabic Language. The Arab League sought out his assistance in the areas of philosophy and Islamic-Arabic culture. 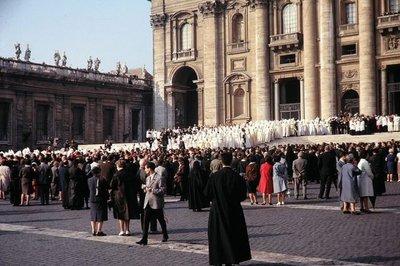 "Regard for Muslims expressed in the 'Nostra Aetate' declaration": Georges Anawati exerted his influence on the declaration of the Second Vatican Council on the relation of the Catholic Church to non-Christian faiths. Pictured: The opening of the Second Session of Vatican II

​​ In addition, Anawati held lecture posts at universities in Montreal, Leuven, and Rome and at the University of California (UCLA) in Los Angeles. For over 20 years, he also gave lectures at the Faculty of Pharmacy in Alexandria. Over the course of his long academic live, Anawati wrote a total of more than 250 books and articles on Islamic topics, from Islamic natural sciences to mysticism.

Anawati edited Arabic original sources on natural sciences and philosophy, wrote monographs on Islamic philosophy and mysticism, comprehensive bibliographic surveys, studies on the history and current positions with respect to cultural and religious relations between Christians and Muslims.

"I am for a society conceived and structured on the basis of an integral theocentric humanism and which does not hinder the demands of Christianity, Islam, or the contemporary modern world." This was how Anawati once described his vision for the foundation of a just and harmonious coexistence in pluralistic societies.

Furthermore, Georges Anawati served for many decades as a member and adviser to various papal committees on interreligious dialogue. He also exerted his influence on the declaration of the Second Vatican Council on the relation of the Catholic Church to non-Christian faiths. 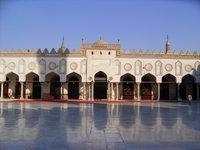 Contacts to Islamic centres of learning: Over the course of his long academic live, Anawati wrote a total of more than 250 books and articles on Islamic topics, from Islamic natural sciences to mysticism. Pictured: the mosque of the Al Azhar University in Cairo

​​ Georges Anawati was, without a doubt, one of the greatest theologians of the 20th century, although he was hardly known to the public, despite his extensive contribution to Christian-Islamic understanding. This could soon change, at least in the German-speaking world. In 2010, the first comprehensive biography of Georges Anawati has been published in German.

"He truly had a great deal of experience concerning dialogue between Christians and Muslims," stresses Gregor von Fürstenberg, chairman of the Anawati Foundation. "If there is a modicum of regard for Muslims expressed in the 'Nostra Aetate' declaration of the Second Vatican Council, if one sees a quantum of respect for those who believe in Allah, then these are texts that, for the most part, can be linked to Anawati," says von Fürstenberg.

The Georges Anawati Foundation was founded exactly ten years ago in Rüthen, Germany. The foundation focuses on small projects that promise great potential. In addition to awarding grants for innovative academic dialogue projects, it also supports plans such as the training of Muslim emergency counsellors and a travelling exhibition on the everyday lives of Muslim women in Germany. "Above all, we want to encourage authentic encounters. This means that people meet together and the result is a positive human experience," said Gregor von Fürstenberg, explaining the foundation's vision in a talk with Qantara.de. Christians as well as Muslims have to become active. 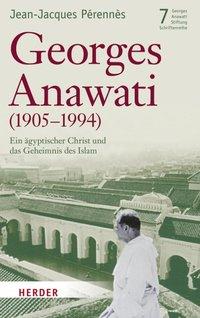 "An Egyptian Christian and the Secret of Islam": Cover of the German edition of the first comprehensive biography of Georges Anawati

In addition to the encounter projects, the foundation hopes to enable an interested public to learn more about important aspects of modern Islam. It provides financial support to a series of scholarly books on this topic, which is published by Herder. To date, these include books on Islamic medical ethics, modern Koran interpretation in Turkey, an introduction to the thought of Nasr Hamid Abu Zaid, the Egyptian Islamic scholar who died in 2010, and an overview of significant reform theologians in Iran edited by the Islamic scholar Katajun Amirpur.

"We want to help in overcoming the fear of contact," stresses Gregor von Fürstenberg. "This works by getting to know each other, through direct personal contact as well as through the study of ideas."

This multi-dimensional, comprehensive approach is entirely in harmony with the life and work of the man whose name the foundation bears.

Jewish-Muslim Relations
Using Qur'anic Narratives in Pursuit of Peace
Imam Feisal Abdul Rauf maintains that religion holds one of the keys to resolving the Israeli-Palestinian conflict. While religion is not the primary problem in Israel-Palestine, Rauf says, it is a primary part of the solution

Catholic-Islamic Dialogue: Interview with Christian Troll
For Freedom of Faith
The beginning of November saw the first Catholic-Muslim Forum held in the Vatican – which came about on a Muslim initiative. One of the participants was the Jesuit and professor of Islam Studies, Christian Troll. In an interview with Lewis Gropp, he talks about freedom of religion in Europe and Islamic countries, and the challenges of the Enlightenment for belief

The Malaysian Muslim Scholar Chandra Muzaffar
The Basic Moral Values of the Koran
Chandra Muzaffar is one of Malaysia's best-known human rights activists and public intellectuals. While being critical of western global hegemony, he says Muslims have to fundamentally re-evaluate their understanding of Islam and its traditions. By Yogi Sikand

Comments for this article: A Christian and Islamic Scholar in the Service of Dialogue

I am editing a collection of essays on "inter-religious friendships." Georges Anawati, it seems, was a genius at making and sustaining friendships with Muslims. Moreover, I think these friendships were integral to the quality of his scholarship and his effectiveness in Islamic-Catholic relations. For my book, I want to know about specific friendships with Muslims that helped to shape his contribution to the development of Nostra Aetate.

Who were his most intimate Muslim friends? In general, how did these friends contribute to the development of his Christian faith? More specifically, did he consult with any of his Muslim friends while he was working with Cardinal Bea on Nostra Aetate during the Council? After the Council, how did Nostra Aetate figure in his friendship with Muslims?

I will be very grateful to anyone who can shed light on these matters. - James.Fredericks@lmu.edu

I was a student in Dr. Anawati's class on Islamic Philosophy at UCLA in the fall of 1972. Thought the subsequent years his presence never left me. I do not remember the content of our after class meetings except for the intensity of his spirit and his insight into me as a budding scholar having an interest in his course.
Today I has having a conversation with a friend who is a very devout Christian. He has strong views about his faith and his views are equally strong in denying the authenticity of other faits. In the course of our conversation I referenced Mustafa Akyol. You may know of his work.
Almost immediately after that mention I began thinking of Father Anawati. I thought of his calm his expertise and other traits that brought me closer to a spiritual. So strong was his continuing presence that I conducted a search and found the information above. As a student I was unaware of the breadth of his accomplishments. It was truly and honor to have been in his psychical presence.

In Akyoi's book Islamic Jesus there is a sentence that Father Anawati would say in talking about the Abrahamic religions concerning Jesus. Whether we are Jews Christians or Muslins we share a faith followed by him, or a faith built on him, or a faith that venerates him.

END_OF_DOCUMENT_TOKEN_TO_BE_REPLACED
Social media
and networks
Subscribe to our
newsletter