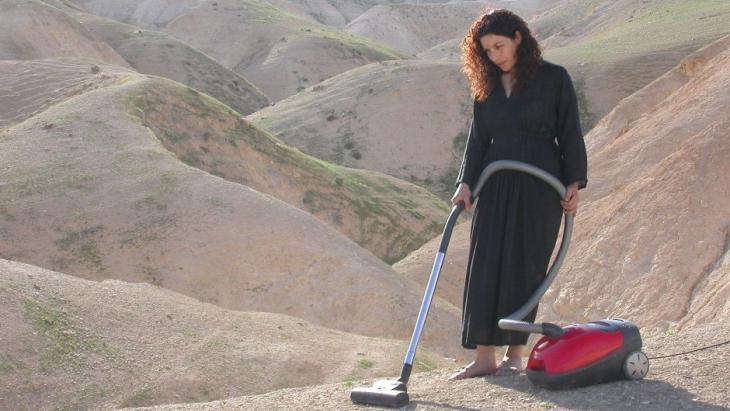 The Emirate of Sharjahʹs March Meeting

A fresh take on the figurative

The DNA of art is no longer just western: known as the "March Meeting", the spring exhibition in the Arab desert city of Sharjah displays an undreamed-of diversity. By Georg Imdahl

The young man in the Dubai metro takes us by the arm, his grip friendly but firm. You can’t stand here, sir. I’m sorry? This half of the carriage is just for women and children. We look into the smiling faces of women, who – apart from us – really are the only people here and a few paces further on we see a line on the floor marking the division of the sexes.

Each train has one carriage divided into sections like this, sparing female passengers bodily contact with men. Violation of the division in this carriage carries the threat of a 100-dirham fine, which is around 25 euros – also payable for chewing gum too openly. It is quite possible that the option to separate the sexes on public transport is a model women would welcome in other cultural latitudes, too.

It is these cultural differences that make visiting the Arab nations interesting. In the neighbouring emirate of Sharjah, which also has different customs, it is forbidden to drink alcohol, so there is no prosecco, no wine at the receptions and dinners of the Sharjah Art Foundation's annual "March Meeting" – though one doesn’t get the impression that this prohibition bothers any of the conference participants. It actually feels rather avant-garde.

There are other red lines to which people have to raise objections, however – as the speaker from an alternative film club in Dubai does on the podium. "All the films we show have to be signed off by the authorities," she complains. "That makes our existence precarious."

Shaping the reality of life

Hoor Al Qasimi, the president of the state-run Sharjah Art Foundation, gives a laconic response to the sensitive key word "censorship", pointing to existing legislation: the vilification of religions, blasphemy and pornography are illegal. That's just the way it is. 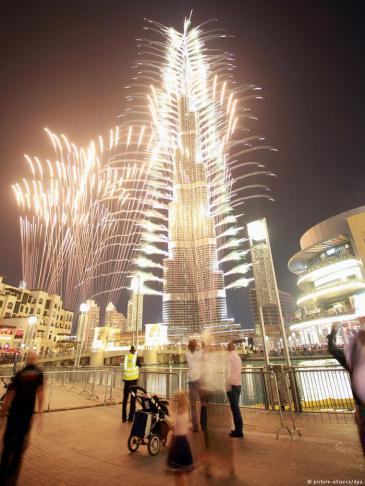 The Emirate of Sharjah doesn’t present itself as a glittering urban world like the area surrounding Dubai’s Burj Khalifa, the architectonic masterpiece by Adrian Smith, nor does the Art Foundation trumpet its success with tourist attractions and glamour either

And anyway, don’t we have "real topics" to debate right now; today, our focus should be on political issues and actually shaping the reality of life, says the artist and curator, who was born in 1980 and sits on the boards of numerous institutions such as the PS1 in New York and the Berliner Kunstwerken – meaning she is well aware that uninhibited freedom of expression is one of the core elements of contemporary art.

The Sharjah Art Foundation, founded in 2002, has been moulded by her hands – it is not intended to be a copy of a western pattern, even if the recently-opened Louvre in Abu Dhabi, with its spectacular new building, is without doubt generating a new audience in the region.

The Emirate of Sharjah doesn’t present itself as a glittering urban world like the area surrounding Dubai’s Burj Khalifa, the architectonic masterpiece by Adrian Smith, nor does the Art Foundation trumpet its success with tourist attractions and glamour either.

It aims to perceive the history of the country through the eyes of artists and "fight against gentrification," says its director, who with a deft hand also steers the fate of the Sharjah Biennale, founded in 1993.

The daughter of Sultan Bin Muhammad Al Qasimi (who has ruled since 1971) has a simple explanation for the acute crisis in western societies and democracies – and Al Qasimi cites nationalism and racism as fundamental symptoms of this crisis – "The DNA of the 21st century is no longer western."

This finding is also reflected in the packed conference programme, in which artists, architects, musicians, film makers and art historians formulate the aspirations of the "Global South" and how it might influence the rest of the world and call on people to overcome a colonial way of thinking that is still unbroken and powerful.

The situation today seems even more difficult than it was in the 1970s, proclaims the sculptor Rasheed Araeen, author of the "Black Manifesto" from 1975. The "colonial order" was more obvious at that time than it is today; and while it is true that artists from Africa and Asia have since achieved global success, in doing so they have unintentionally masked the unequal balance of power that continues to exist.

If a Chinese artist denounces the lack of democracy in China, he becomes a star in the West, but the problems in China remain the same. "Black" and "white", according to the Karachi-born minimalist artist who has lived in London for many years, are political attributions and "colonial constructions". How they can be dissolved, the veteran artist acknowledges, is something he doesn’t know.

Thinkers of decolonisation like Frantz Fanon and Edouard Glissant are brought to the fore at the symposium and in the face of mass migration – which has always existed – the speaker Manthia Diawara calls for the right to a habitus that does not always have to correspond to the "western ideal of transparency".

It must be possible, he goes on, for people to preserve an enigmatic quality without this forcing them automatically to the fringes of society. The comparatist, who was born in Mali in 1953 and teaches at New York University, invoked the significance of African-American culture for global youth: young people communicate more and more through the spoken word, he says, which will have profound consequences for written language.

Diawara calls the debate about artworks by Dana Schutz and Sam Durant "typically western", including the question of who is allowed to speak on whose behalf. "Just give everyone the opportunity to speak for themselves!" he says. 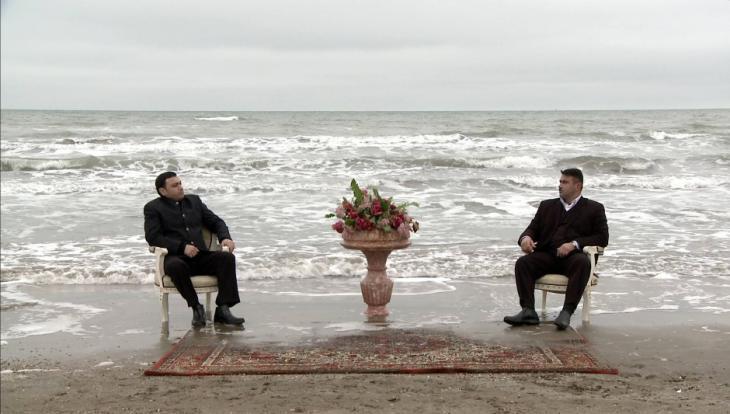 The March Meeting’s carefully-selected speakers make such postulations – sometimes emphatically voiced – a reality, by giving a platform to people who are revitalising the art scenes in their respective cities of Amman, Brisbane and Cairo, Karachi, Lima, Mexico City and Mumbai. In some respects, the event in Sharjah is reminiscent of the global agenda of last year’s Documenta 14 exhibition.

The spectrum of topics runs from the significance of the art book to the architectonic organisation of refugee camps in Malaysia and the exploration of open spaces in Beirut that could be used for children. Around a million Syrians have fled to Lebanon and are working on building sites there to rectify the destruction caused by war: the film "Taste of Cement" documents this absurd cycle. It is introduced by Mohammad Ali Atassi, director of the Syrian platform Bidayyat and will be shown in cinemas here in spring.

An exemplary exhibition of works from the Foundation’s collection – including videos and installations by Halil Altindere, Naeem Mohaiemen und Raeda Saadeh – runs throughout the Meeting and beyond, as do a batch of more extensive, monographic "Spring Exhibitions". It is particularly worth seeing the retrospectives on the work of Egyptian artist Anna Boghiguian and French artist Zineb Sedira; the exhibition by Muhammad Ahmed Ibrahim is a special case which falls between cultures.

Ibrahim was born in 1962, in Khor Fakkan in the United Arab Emirates, where he still lives today. He is known as one of five pioneers of conceptual art in the region. He originally studied psychology and is a self-taught artist.

His black-and-white objects and chequer-board patterned pictures look to Western eyes like a form of appropriation of more recent Euro-American modernism and wouldn’t look out of place in Bob Nickas' anthology "Painting Abstraction". Ibrahim, however, who meets his audience wearing a flowing kandura and a ghutra headdress, claims not to be familiar with this art.

He is inspired by the natural materials of his rural surroundings, he says of his papier-mache sculptures. Representational subjects also appear, in a series of pictures where sitters are depicted as torsos and the serial principle is run through from A to Z in a quasi-naive style of painting.

That uncertainty about how to ultimately situate an oeuvre like this is one of the lasting experiences of the Sharjah Meeting. These confusions are stimulating and we may well experience them more frequently in future, when we are confronted with the aspirations of the "Global South".

International relations are shifting across the Middle East as regional powers adapt to America's retrenchment and China's growing influence. Although the region could become the ... END_OF_DOCUMENT_TOKEN_TO_BE_REPLACED

"The people aren’t ready for democracy" has been the constitutional basis for Arab tyranny, its favourite slogan and its sacred narrative for more than a century. Yet, asks Khaled ... END_OF_DOCUMENT_TOKEN_TO_BE_REPLACED

Caught up in discussions on the future of local Afghan forces and new Islamist threats, people are failing to grasp the historic scale of the debacle, argues Stefan Buchen in his ... END_OF_DOCUMENT_TOKEN_TO_BE_REPLACED

The coronavirus pandemic has turned lives upside down all over the world. In the Middle Ages, however, people lived with epidemics all the time. The best and most famous ... END_OF_DOCUMENT_TOKEN_TO_BE_REPLACED

The Saudi national team is set to play the German Olympic squad at the Olympics in Tokyo later this month – a chance for the outsiders to make their mark. At the same time, and ... END_OF_DOCUMENT_TOKEN_TO_BE_REPLACED
Author:
Georg Imdahl
Date:
Mail:
Send via mail

END_OF_DOCUMENT_TOKEN_TO_BE_REPLACED
Social media
and networks
Subscribe to our
newsletter