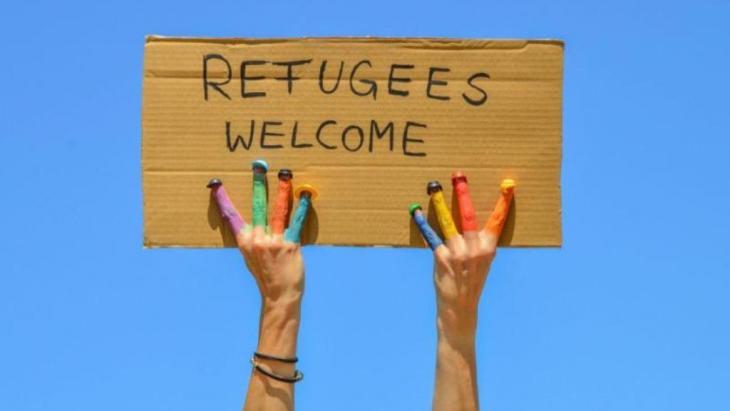 The EU is still without a coherent policy on migration. Yet economic migration from non-EU countries, under carefully managed conditions, is both legitimate and imperative. Not because such migrants deserve Europeans′ sympathy, but because Europe needs them. By Ian Buruma

How heart-warming it is to land in Germany, where football fans hold up banners welcoming refugees from the war-ravaged Middle East. Germany is the new Promised Land for the desperate and downtrodden, the survivors of war and pillage.

Even the popular German tabloids, not normally of a do-gooding disposition, are promoting a willingness to help. While politicians in the United Kingdom and other countries wring their hands and explain why even a relatively minor influx of Syrians, Libyans, Iraqis, or Eritreans constitutes a lethal danger to the social fabric of their societies, ″Mama Merkel″ promised that Germany would not reject any genuine refugee.

Some 800,000 refugees are expected to enter Germany this year, whereas British Prime Minister David Cameron is making a fuss about fewer than 30,000 asylum applications and warning darkly about ″swarms of people″ crossing the North Sea. And, unlike Merkel, Cameron was partly responsible for stoking one of the wars (Libya) that made life intolerable for millions. No wonder Merkel wants other European countries to take in more refugees under a mandatory quota system.

In fact, despite its politicians′ anxious rhetoric, the United Kingdom is a more ethnically mixed, and in some ways more open, society than Germany. London is incomparably more cosmopolitan than Berlin or Frankfurt. And, on the whole, Britain has greatly benefited from immigration. Indeed, the National Health Service has warned that accepting fewer immigrants would be catastrophic, leaving British hospitals seriously understaffed. 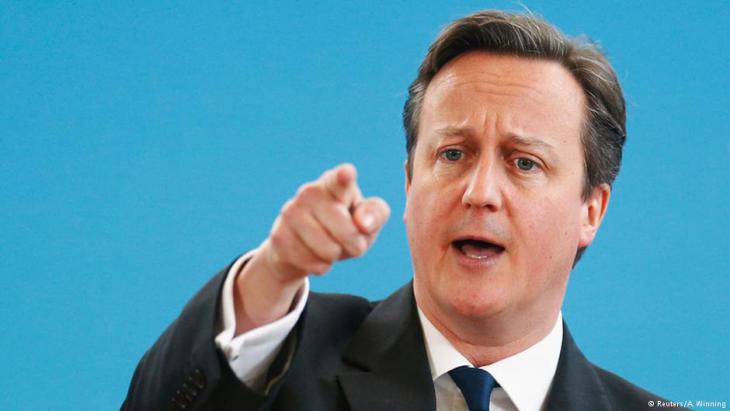 When it comes to immigration, Fortress Britain lacks creativity. Where Germany looks set to welcome some 800,000 refugees this years, the British Prime Minister David Cameron has been wringing his hands at the prospect of less than 30,000 asylum applications and warning darkly of ″swarms of people″ crossing the North Sea

The mood in contemporary Germany may be exceptional. Taking in refugees, or any immigrants, has never been an easy political sell. In the late 1930s, when Jews in Germany and Austria were in mortal danger, few countries, including the wealthy United States, were prepared to take in more than a handful of refugees. Britain allowed about 10,000 Jewish children to come in 1939, at the very last minute, but only if they had local sponsors and left their parents behind.

To say that the generous mood in Germany today has much to do with the murderous behaviour of Germans in the past is not to make light of it. The Japanese, too, carry a burden of historical crimes, but their attitude to foreigners in distress is far less welcoming. Even though few Germans have any personal memories of the Third Reich, many still feel the need to prove that they have learned from their country′s history.

But the almost exclusive focus by politicians and the media on the current refugee crisis conceals wider immigration issues. Images of miserable refugee families drifting in the sea, at the mercy of rapacious smugglers and gangsters, can easily inspire feelings of pity and compassion (and not just in Germany). Even Cameron has had to soften his tone, promising to accept a few thousand refugees, because he was moved ″as a father″ by the picture of a drowned Syrian boy.

But most people crossing European borders to find work and build new lives are not refugees. When British officials said that it was ″clearly disappointing″ that about 300,000 more people came to Britain than left in 2014, they were not mainly talking about asylum-seekers. The majority of these newcomers are from other European Union countries, such as Poland, Romania, and Bulgaria.

Some enter as students, and some come to find jobs. They do not come to save their lives, but to improve them. By lumping asylum-seekers together with economic migrants, the latter are discredited, as though they were trying to squeeze in under false pretences.

It is widely assumed that economic migrants, from inside or outside the EU, are mainly poor people out to live off the tax money of the relatively rich. In fact, most of them are not spongers. They want to work. 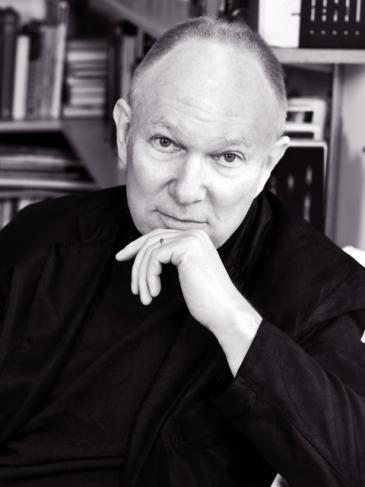 Ian Buruma is Professor of Democracy, Human Rights, and Journalism at Bard College. He is the author of numerous books, including ″Murder in Amsterdam: The Death of Theo Van Gogh and the Limits of Tolerance″ and, most recently, ″Year Zero: A History of 1945″

The benefits to the host countries are easy to see: economic migrants often work harder for less money than locals. This is not in everyone′s interest, to be sure: pointing out the benefits of cheap labour will not persuade people whose wages might be undercut. It is, in any case, easier to appeal to compassion for refugees than to the acceptance of economic migrants. Even in Germany.

One quota for refugees, one for economic migrants

In 2000, German Chancellor Gerhard Schroder wanted to issue work visas to about 20,000 foreign high-tech experts, many of them from India. Germany needed them badly, but Schroder met swift opposition. One politician coined the slogan ″Kinder statt Inder″ (children instead of Indians).

But Germans, like many other rich countries′ citizens, are not producing enough children. These countries need immigrants with youthful energy and skills to fill jobs that locals, for whatever reason, are unable or unwilling to take. This does not mean that all borders must be opened to everyone. Merkel′s idea of quotas on refugees should be applied to economic migrants, too.

So far, however, the EU has not come up with a coherent policy on migration. Citizens of the EU can move freely within the Union (Britain wants to stop this, too, though it is unlikely to succeed). But economic migration from non-EU countries, under carefully managed conditions, is both legitimate and imperative. This is not because the migrants deserve Europeans′ sympathy, but because Europe needs them.

It will not be easy. Most people appear to be more easily swayed by emotions – which can lead them to mass murder or warm compassion, depending on the circumstances – than by the cool calculus of rational self-interest.

Home
Print
Newsletter
More on this topic
Refugee crisis in Europe: The price of European indifferenceEurope's refugee policy: Anything is better than the status quoImmigration and the new class divide: Feeding on people's grievancesDebate on Muslim Identity in the West: Constructing the Self, Constructing the Other
Related Topics
Economy, European Union (EU), Migration, Migration in Germany, Policy on refugees and migration, Refugees
All Topics

Recent efforts to rehabilitate Assad are setting a damaging precedent for accountability, just as the international community is expressing the need to hold Russia to account for ... END_OF_DOCUMENT_TOKEN_TO_BE_REPLACED

Nouara may be 65, but she is ready to join thousands of others who burn their ID and pay traffickers for the chance of a new life in Europe. Zineb Bettayeb reports END_OF_DOCUMENT_TOKEN_TO_BE_REPLACED

Education for girls and women is still possible in Afghanistan, says Reinhard Eroes of the Kinderhilfe Afghanistan initiative. In interview with Elisa Rheinheimer, he talks about ... END_OF_DOCUMENT_TOKEN_TO_BE_REPLACED

Locals in the Middle East have said European critics are showing bias and hypocrisy when they condemn Qatar. Observers agree that Qatar has had to deal with more criticism than ... END_OF_DOCUMENT_TOKEN_TO_BE_REPLACED

In Doha, Arabs from Morocco, Tunisia, Egypt and Algeria are gathering to celebrate the first ever FIFA World Cup to be held on Arab soil. The criticism from Europe? Over the top, ... END_OF_DOCUMENT_TOKEN_TO_BE_REPLACED
Author:
Ian Buruma
Date:
Mail:
Send via mail

END_OF_DOCUMENT_TOKEN_TO_BE_REPLACED
Social media
and networks
Subscribe to our
newsletter