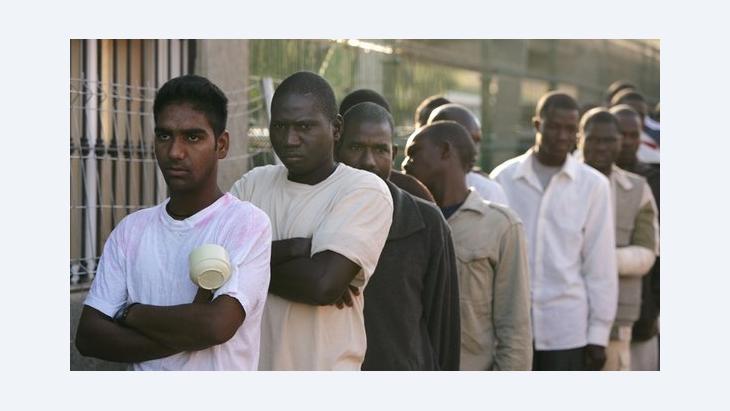 ﻿Right-wing populists like to issue dire warnings of a flood of migration that is about to overwhelm Germany. But the EU Commission's figures clearly refute this perception: only four per cent of all people living in the EU are third-country nationals. By Elif Cindik and Louisa Pehle

Current European migration and asylum policy is based on the Dublin III Regulation, according to which an asylum procedure is carried out in the first EU country a refugee enters.

The regulation also provides for an early warning system intended to alert the EU to any major waves of migration. What the Dublin III Regulation does not include is a system for fair distribution of all asylum-seekers arriving in Europe among the EU member states. Moreover, the member states enforce the existing provisions of EU immigration policy in very different ways. As a rule, this works to the detriment of the refugees.

A discussion on the challenges and opportunities inherent in a common European migration and asylum policy was the goal of a dialogue programme organised by the EU Office of the Friedrich Ebert Foundation in Brussels.

The talks with representatives of EU institutions and NGOs made it clear that European migration and asylum policy must deal with conflicting demands: security concerns and the instinct to protect and defend one's home turf on the one hand, and humanitarian aspirations on the other. Practice shows that when a member state is doing poorly economically, the otherwise so important emphasis on humanity is quickly eclipsed by other concerns.

Greece is a good example of Europe's inadequate asylum policies. Because of its many islands and the resulting difficulty of monitoring the country's borders, many refugees from all over North Africa and the Middle East try to get into Western Europe via this Mediterranean nation. Experts estimate that more than 80 per cent of irregular immigration into the EU takes place over the Turkish–Greek border.

Unwanted and locked away: human rights organisations such as Amnesty International have accused the Greek authorities of inhuman and degrading treatment of incarcerated illegal immigrants. According to the NGO, the extent of human rights abuses experienced by refugees in Greece borders on a "humanitarian crisis"

The crisis-fraught country is, however, unable to adequately see to the needs of these floods of newcomers. Greek refugee centres are hopelessly overcrowded, the bureaucracy is overtaxed and Greek people – anxious about their own livelihood – are reacting with increasing xenophobia.

After persistent criticism from political and human rights activists, the  Dublin Regulation was suspended in 2011 by a ruling of the European Court of Human Rights.

The European border management agency Frontex is tasked with defending the European border states from too many refugees while helping national border authorities to work together to protect their borders against irregular migration. The agency was founded in 2004 and has a particularly strong presence in the Mediterranean region.

The aim is to keep asylum seekers from entering the Schengen Area. Frontex forces often head them off in the water and sent back to their countries of origin.

Interestingly, the financial resources the EU devotes to border security and turning back illegal immigrants are much, much higher than those set aside for promoting integration: the European External Borders Fund has over €1.8 billion at its disposal each year, whereas only €825 million is made available to the European Fund for the Integration of Third-Country Nationals. Despite detailed enquiries, it is still unclear how these huge sums of money are actually spent.

There are many inconsistencies in local asylum policies. One of them is the ridiculous residence requirement. This lack of integration comes at a high cost, as asylum seekers, once in Europe, often have to endure unnecessarily long periods of isolation and inactivity. In many cases, they are housed in asylum accommodation for several years and supplied only with the bare necessities. No effort is made to integrate them. 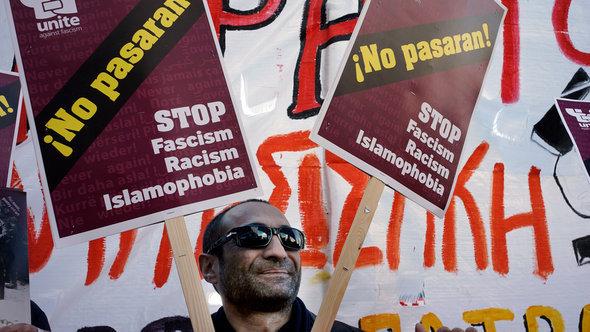 "Enough is enough": following a series of attacks on migrants, thousands of people in Greece took to the streets of Athens to protest against racism, fascism and xenophobia. According to migrant organisations, there have been more than 400 attacks on foreigners in Greece in recent months

As soon as an asylum seeker is granted refugee status, however, and allowed to remain in the country, he or she is expected to find an apartment and a job as quickly as possible so as to become independent of government support.

In Germany in particular, the policy of housing asylum seekers on the outskirts of town, in industrial zones and sparsely populated areas with weak infrastructure must be strongly denounced. This situation makes it unnecessarily difficult for asylum seekers to forge contacts with the local population.

Furthermore, a so-called "residence requirement" stipulates that asylum seekers and tolerated persons must remain within a radius specified by the competent authority and must apply for a permit for any trip beyond that circumscribed area.

Migrants in some German states are forced to make do with food packets that often disregard the eating habits in their religion and culture and do not provide the variety needed for healthy nutrition.

The health hazards and risks to which migrants and refugees are exposed are enormous. Many of those who have set out to start a new life in Europe have a long and arduous journey behind them. They suffer from both physical and mental ailments caused by their traumatic experiences in crisis and war zones. Many are suffering from the psychological trauma of losing their homes and families, or the aftermath of political persecution or torture.

Medical care for asylum seekers in Germany is regulated by the Asylum Seekers Benefits Act (Asylbewerberleistungsgesetz, AsylblG). This law stipulates that refugees and their families are only to receive medical care if they are suffering from an acute illness or pain; there is no provision for preventive medicine. Asylum seekers suffering from chronic diseases are only entitled to treatment if they can demonstrate by way of a complex procedure an acute need for action. This process is too work-intensive and time-consuming for many doctors. 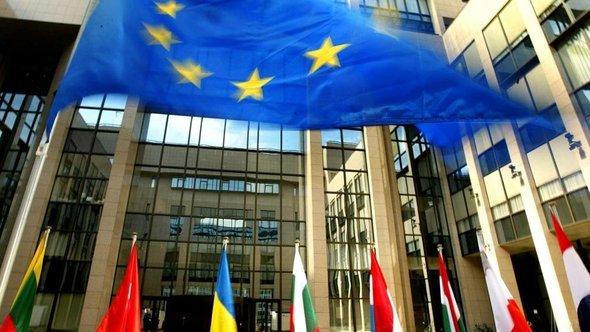 Not meeting the needs of refugees and asylum seekers: "In many respects, Europe's refugee policy acts to the detriment of vulnerable people. The European Union prides itself on granting its citizens unlimited freedom to travel, but the crossing of borders by non-EU nationals is highly criminalised," write Elif Cindik and Louisa Pehle

Except for suicidal tendencies, almost all psychiatric illnesses are regarded as chronic, meaning that psychotherapy is not usually covered. Torture victims and people with post-traumatic stress disorder in particular are frequently left alone to deal with their anxieties and problems – a situation that is not without dangers.

A similar fate is faced by asylum seekers from crisis regions who have lost an arm or a leg. For prosthesis, lengthy applications often have to be submitted and even so, they are granted only reluctantly. Important preventive measures – for children, for example – are not provided at all. Such an approach is unacceptable and inhumane and results in preventable sequelae.

The time has come to openly discuss in Germany and in Europe the inhumane nature of European migration and asylum policy. Inhabitants' security concerns and their anxiety about sharing what they perceive as scarce resources with an influx of strangers serve to create a nightmare scenario in their minds. This leads to a focus on defending one's own privileges and hence to a restrictive European refugee policy.

At local level, there should, for example, be tutoring programmes that foster interaction with a view to breaking down barriers and resentment between the native population and asylum seekers.

In addition, a better balance must be achieved between the unequal amounts of EU funds devoted to border security, repatriation and integration. Local authorities must be given the financial means to introduce integration measures. The legal basis for medical care must also be extended and made more comprehensive. The fact that mental illness among asylum seekers is often not treated at all is disastrous and not in line with European values and the human right to a dignified life.

In many respects, Europe's refugee policy acts to the detriment of vulnerable people. The European Union prides itself on granting its citizens unlimited freedom to travel, but the crossing of borders by non-EU nationals is highly criminalised.

Member states perceive economic migrants and refugees solely as an economic burden and deport people who are seeking a better future. Migration is fought as if it were a crime. The awarding of the Nobel Peace Prize to the EU in December 2012 provides a fitting occasion to launch a new debate on refugee policy in Europe.

Dr. Elif Cindik, psychiatrist and psychotherapist, master of public health, and SPD candidate fort he state parliament in Bavaria. She is also vice chair of the Turkish Community in Bavaria. Louisa Pehle is a political scientist.

Education for girls and women is still possible in Afghanistan, says Reinhard Eroes of the Kinderhilfe Afghanistan initiative. In interview with Elisa Rheinheimer, he talks about ... END_OF_DOCUMENT_TOKEN_TO_BE_REPLACED

Locals in the Middle East have said European critics are showing bias and hypocrisy when they condemn Qatar. Observers agree that Qatar has had to deal with more criticism than ... END_OF_DOCUMENT_TOKEN_TO_BE_REPLACED

In Doha, Arabs from Morocco, Tunisia, Egypt and Algeria are gathering to celebrate the first ever FIFA World Cup to be held on Arab soil. The criticism from Europe? Over the top, ... END_OF_DOCUMENT_TOKEN_TO_BE_REPLACED

Canan Topcu came from Turkey to Germany as a child. In her essay, she describes how bothered she was by the racism she encountered in her country of origin when she travelled ... END_OF_DOCUMENT_TOKEN_TO_BE_REPLACED

All organisers use major sporting events like this year’s FIFA World Cup in Qatar primarily to advertise their country and promote a slick public image. This is not something we ... END_OF_DOCUMENT_TOKEN_TO_BE_REPLACED
Author:
Elif Cindik | Louisa Pehle
Date:
Mail:
Send via mail

END_OF_DOCUMENT_TOKEN_TO_BE_REPLACED
Social media
and networks
Subscribe to our
newsletter