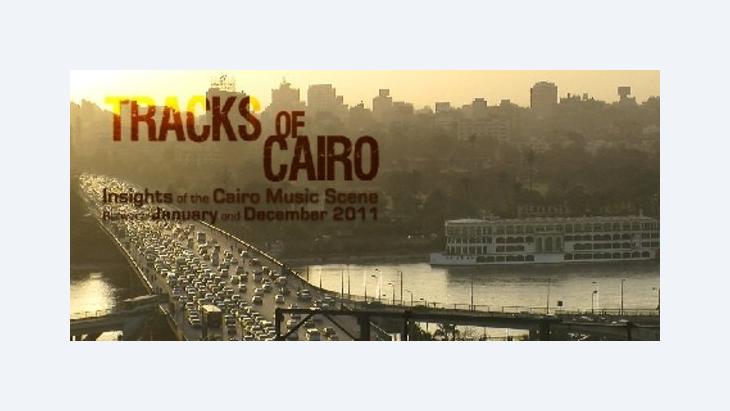 The Film ''Tracks of Cairo''
An Audio Diary of the Revolution

﻿In January 2011, the German filmmaker Alexander Brief set off for Cairo to document the city's current music scene together with the ethnologist Johannes Roskamm. Shortly after arrival, the first popular protests broke out on Tahrir Square. Quite unintentionally, "Tracks of Cairo" turned out to be a musical as well as political diary

Alexander Brief has travelled intensively throughout Egypt over the past twenty years. In particular, as an underwater photographer, he frequently visited Sinai. A few years ago, friends introduced him to Cairo's cultural scene and he became enthralled.

"I was immediately fascinated by the morbidity and diversity of the city. I quickly sensed that a great deal of change was afoot, especially with respect to independent bands, who worked outside the gaze of the general public and who, of course, were not supported by the regime. It was this simmering in the underground that motivated me to make a film." Brief was also inspired by Fatih Akin's film "Crossing the Bridge".

Under normal circumstances, one would have expected "Tracks of Cairo" to be an Egyptian counterpart to Akin's musical portrait of Istanbul. In January 2011, after a great deal of research and preparation, Brief was in Cairo awaiting the arrival of ethnologist and media designer Johannes Roskamm who was supposed to deliver the equipment for filming. Just then, the mass protests began to form on Tahrir Square.

His partner was unable to join him – flights had already been cancelled at this point in time. Brief made a virtue out of necessity and began documenting current events himself. "Our music film then seemed small and unimportant," he now recalls. "I wanted to take a sensitive approach in documenting what was then going on in Cairo. Of course, I didn't position myself in the middle of Tahrir Square, as I didn't want to feed the rumour that the revolution was being directed by Europeans."

An electrifying state of flux

Massive Scar Era, or Mascara, is the first successful Egyptian Heavy Metal band with almost exclusively female members. They fear that the possible emergence of a Muslim Brotherhood government could rob them of their newly won freedoms

​​After eighteen electrifying days and the overthrow of Mubarak, the original idea for the film was taken up again, but now under altered and politicised auspices. The portraits of musicians were now embedded in a hectic, video-clip-like telegram of those revolutionary days.

The rapid pulse of this film aesthetic is heightened by scenes of taxi rides through the streets of Cairo with shaky inserted images of signposts. They link the interview sequences, which are characterized by the immediacy of daily events. Even the conditions under which the film was shot display a roller coaster-like quality. "At first, we were assigned a chaperone from the Press Ministry, who clearly adhered to the old mentality," recalls Roskamm, who managed to get to Cairo later. "Yet, things reached a point where the attitude was simply 'Film what you want, we are a free Egypt.'"

"Tracks of Cairo" is a unique, even when unintentional, snapshot of a cultural scene, which until December 2011 – the time at which Brief and Roskamm bid their farewells to the musicians – found itself in an electrifying state of flux. This was especially clear in discussions with underground artists, such as the trio "Bikya," which with its music melange of jazz, progressive rock, and experimental sounds, wants to neutralize all the pyramid clichés about Egypt and stresses that every point of reference must be sought after anew. 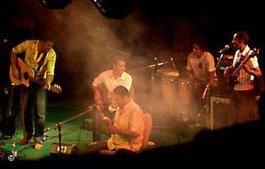 "Film what you want, we are a free Egypt." - The independent stars of "Wust El-Balad"

​​The independent stars "Wust El-Balad" see the revolution as the opportunity for new collaborations between all bands in the country. The all-women Heavy Metal band "Mascara" is less optimistic.

They appeared in Ahmad Abdalla's film "Microphone" (2010) with their eyes blacked out to protect their identities. Now, El Wedidi, Nancy Mounir, and their colleagues are recognizable, yet they fear that the possible emergence of a Muslim Brotherhood government could rob them of their newly won freedoms.

Between euphoria and depression

Even some of the "old faces" of the music scene were not free from anxiety. Jazz musician Faty Salama described the new political situation as a balancing act between freedom, chaos, and civil war. He assumes that a deal was reached between the Military Council and the Muslim Brotherhood on the presidential elections. Long-term success for the country's transformation can only be ensured through a revolution in education, says the musician.

Ahmed El Maghraby, the artistic director of the collective "Nass Makan", stresses contact with the people, for whom he aims to preserve traditional music. At the same time, he hopes for collaboration projects worldwide to further develop Egyptian music. The "Choir Project" also promotes contact with the street and enables anyone to raise their complaints creatively. The seemingly highly spontaneous concert clips of the choir are among the most impressive scenes in "Tracks of Cairo".

﻿Finally, the interesting sequence with Mohammed Mounir, whom Brief and Roskamm managed to interview - the first film team to do so post-rebellion. It's a well-known fact that the superstar, who enjoys widespread popularity across the country's social and political spectrum, had a harmonious relationship with the country's rulers and performed for Mubarak's cadre of officers.

Nevertheless, he can't be accused of opportunism with regard to his revolutionary song "Ezzay", which was written before the mass protests began. The musician described himself quite confidently to the German filmmakers as trailblazer for the uprising.

"Balancing act between freedom, chaos, and civil war": "Tracks of Cairo" is a unique snapshot of a cultural scene, which until December 2011 found itself in an electrifying state of flux, vacillating between euphoria and depression

​​"In terms of emotion, the musicians would vacillate between euphoria and depression," says Brief. "Nobody was sure how things would turn out." "Nonetheless, they managed to overthrow Mubarak and that endowed them with a new sense of self-awareness," adds Roskamm.

The two filmmakers are of the opinion that the hands of the clock can never be set back all the way. "Tahrir Square would once again be overflowing should the new rulers act too restrictively." Brief and Roskamm want to maintain contact with the musicians and they are seeking sponsors for their self-financed project.

The film has already been shown in Cairo and the response has been highly favourable. Festivals in Egypt and Germany are already scheduled. Brief and Roskamm dream of one day releasing the soundtrack of the film and holding an open-air concert in Germany, so that international audiences can also enjoy the sounds of Cairo.

Since President Abdul Fattah al-Sisi seized power in Egypt in 2013, he has ruled the country with an iron fist. Civil society, opposition and free press struggle to survive. Tens ... END_OF_DOCUMENT_TOKEN_TO_BE_REPLACED

The lack of grain supplies from Ukraine is forcing Egypt to act. Now even the Toshka project is being revived to grow grain in the desert. Birgit Svensson travelled to see it END_OF_DOCUMENT_TOKEN_TO_BE_REPLACED

In this unusually beautiful book of images and text, published in German and Arabic, artist Marianne Manda presents her own unique take on the megacity of Cairo. In over fifty ... END_OF_DOCUMENT_TOKEN_TO_BE_REPLACED

A stage, lights, a mesmerised audience: it looks like an Egyptian folkloric concert, but Umm Sameh is singing to heal the sick by driving out the demons that possess them END_OF_DOCUMENT_TOKEN_TO_BE_REPLACED
Author:
Stefan Franzen
Date:
Mail:
Send via mail

END_OF_DOCUMENT_TOKEN_TO_BE_REPLACED
Social media
and networks
Subscribe to our
newsletter