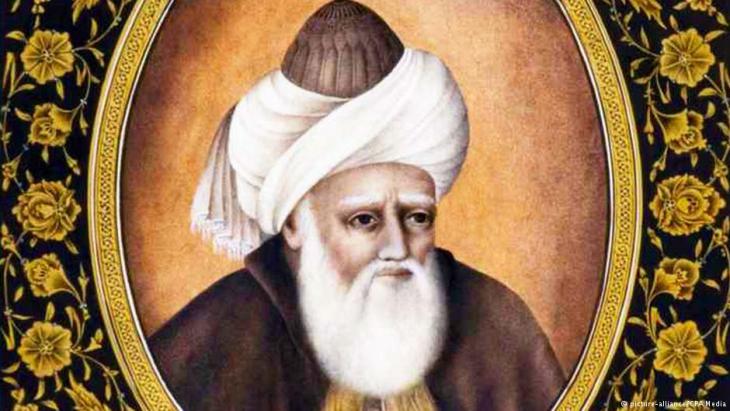 The filming of Rumi
Everybody's darling

A Hollywood film project and a joint attempt by Iran and Turkey to register the principal works of the poet Rumi with the UNESCO Intangible Cultural Heritage list have recently caused political turmoil, above all, in Afghanistan. By Waslat Hasrat-Nazimi

What is currently on the minds of Afghans? Of all things, a 13th century poet and Sufi mystic, albeit one of the most famous – Rumi. Even after 800 years, his poems are familiar to many in the Persian-speaking world, namely Afghanistan, Iran, Tajikistan and Azerbaijan.

The reason for the commotion, which, of course is mainly unfolding on the Internet, is two-fold. For one thing, Hollywood plans to film the life of the esteemed poet. And Leonardo DiCaprio is being considered for the main role, screenwriter David Fanzoni (Oscar winner for "Gladiator") disclosed to the media.

Apparently, there are many people who reject the portrayal of a Muslim mystic and poet by a Western non-Muslim actor. There is even a relevant hashtag, #RumiWasntWhite, where the Iranian artist Shahab Jafarnejad has published a caricature of DiCaprio as Rumi. It has already been viewed thousands of times.

"This is a new issue for us and we are still gathering information on the matter," says Haroon Hakimi, spokesman for the Afghan Ministry of Information and Culture. "As soon as we know more, we will notify the filmmakers of our position."

As chance would have it, another reason has led to Rumi currently being a topic of heated discussion in Afghanistan – and at an official level. What has happened? Apparently, both Turkey and Iran intend to register Rumi's major works with the UNESCO Intangible Cultural Heritage list. This information was reported to the government in Kabul by the Afghan Embassy in Tehran. 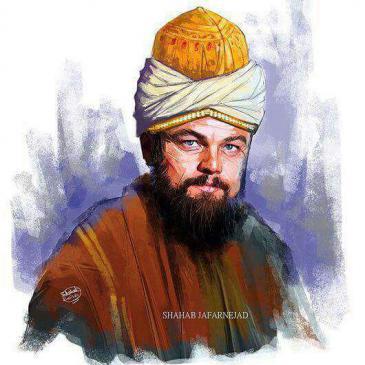 Can you imagine @LeoDiCaprio as #Rumi? – The Iranian artist Shahab Jafarnejad published a caricature showing the actor Leonardo DiCaprio as Rumi, a tweet that has since been shared thousands of times

Afghanistan is incensed over this audacious coup by the two countries, which, without further ado, mean to claim Rumi's legacy and fame as their own under the guise of the World Cultural Heritage list. After all, Rumi was born in Balkh, a province of present-day Afghanistan and therefore should be regarded first and foremost as an Afghan poet!

Admittedly, Rumi lived most of his life in what is now Turkey and died in the city of Konya. His shrine is the second-most popular tourist attraction in Turkey. In turn, the fact that Rumi composed his work in Persian strengthens Iran's claim to the poet.

"As soon as we heard about this, we contacted the UNESCO representative and expressed our concern," said Hakim. "Jalal al-Din Muhammad Balkhi (as Rumi is referred to in Afghanistan) is a source of national pride and we will not allow any other country to steal this honour. The representative, McPhillips, promised to convey Kabul's misgivings to UNESCO headquarters. To date, however, UNESCO claims to have received no official application from any party.

In order to protest against the actions of Iran and Turkey, demonstrations have been planned in Afghanistan at the ruins of Rumi's birthplace in the northern province of Balkh. "Actually, Rumi has three homelands," says Sadeq Osyani, Professor of Literature at Balkh University. "The first is the whole world, another is language, but the third is his place of birth in Balkh, which lies in Afghanistan," explains Osyani. 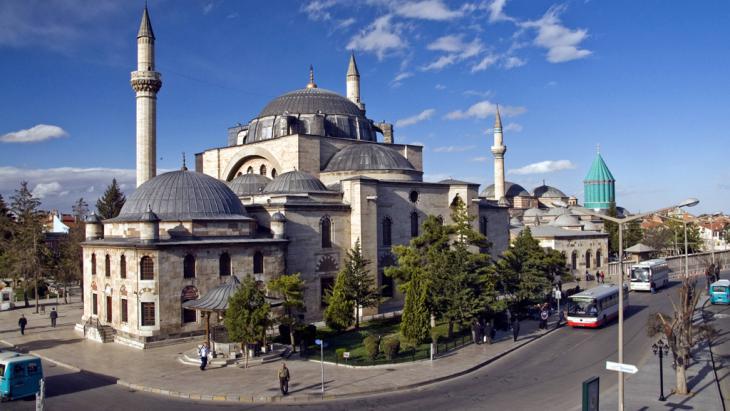 Rumi′s mausoleum in the Turkish town of Konya: many of the ideas promulgated by the great mystics such as Jalal ad-Din Rumi, Omar Khayyam or Fariduddin Attar arrived in Europe through contact between the Islamic and the Christian worlds in the crusader states, Norman Sicily and the Iberian Peninsula, influencing many of the Occident′s great historical figures as a result

Of course, the topic has been trending on social media and some users have even vented their anger on UNESCO′s Facebook page. Journalist Frud Bezhan shared a photo of Rumi's birthplace.

Sayed Zafar Hashemi, deputy spokesman for the president of Afghanistan, appealed to "internationally known" Afghan authors to express their views on the situation.

Yet, there are also voices that have argued that Rumi belongs to no single country, but to the entire world.

Osyani shares this view. "Until now, there was no reason for Afghanistan to lay claim to Rumi. His art and influence belong to the world, but if you really want to be clear about the matter, you have to admit that Jalal al-Din Muhammad Balkhi belongs to Balkh."

Today, the 13th century poet is regarded as one of the most famous figures in Islamic history and in Persian-language literature. His influence, however, reaches far beyond the Islamic world. Rumi is even cited as the most-read poet in the USA. On the occasion of Rumi's 800th birthday, UNESCO proclaimed 2007 to be "international Rumi year."

Each year, thousands of people travel to the Turkish city of Konya to attend a week-long series of events and ceremonies that mark the death of the 13th-century Islamic poet, ... END_OF_DOCUMENT_TOKEN_TO_BE_REPLACED

As the Western world emerges from a holiday season made less festive by COVID-19, millions of children in Afghanistan are starting 2022 facing the prospect of famine, illness, and ... END_OF_DOCUMENT_TOKEN_TO_BE_REPLACED

Their exhausting escape from the Taliban took them from Kabul to Qatar, though European cities and U.S. military bases. But now this Afghan family has finally arrived in a small ... END_OF_DOCUMENT_TOKEN_TO_BE_REPLACED

The Pakistani Taliban, known by the acronym TTP, are regrouping and reorganising, with their leadership headquartered in neighbouring Afghanistan, according to a U.N. report from ... END_OF_DOCUMENT_TOKEN_TO_BE_REPLACED

Restrictions imposed by the Taliban after their takeover mostly targeted urban women. Now, the expanded rules could affect all women in Afghanistan. By Monir Ghaedi END_OF_DOCUMENT_TOKEN_TO_BE_REPLACED

Every year in December, the team at Qantara.de takes a look back at the articles that proved most popular with our readers. This year is no different. Here is a run-down of the ... END_OF_DOCUMENT_TOKEN_TO_BE_REPLACED
Author:
Waslat Hasrat-Nazimi
Date:
Mail:
Send via mail

END_OF_DOCUMENT_TOKEN_TO_BE_REPLACED
Social media
and networks
Subscribe to our
newsletter